50 Female-Directed Movies You Should Watch, Part 4: The Kitchen Sink

What do these movies have in common? Absolutely nothing. 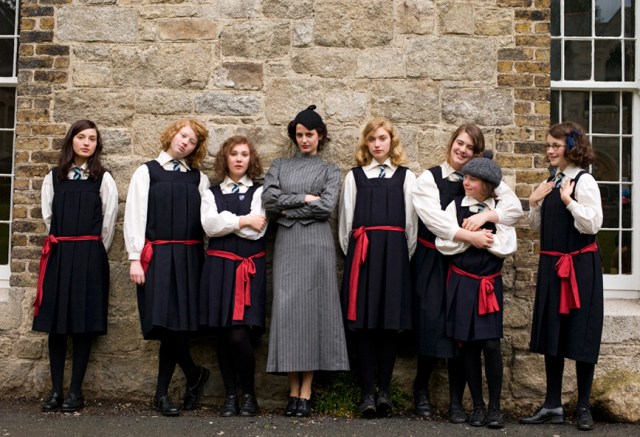 Welcome to the fourth part of my series on female-directed movies, wherein I share with you… well, whatever I want to share with you, whether it’s a film that doesn’t quite fit into one of the previous categories or one that I just didn’t have space for. As a reminder, tomorrow’s list will be all about reader recommendations, and you still have a chance to see your favorite female-directed film in the mix. Just leave us a comment with the name of the film and why people should see it.

Punisher: War Zone, dir. Lexi Alexander
Unlike the other movies in this series, Punisher: War Zone did not get its spot for being good. You can make a case for “so bad it’s good”: there’s a trio of bad guys that parkours around for some reason. Dominic West, as Italian mobster villain Jigsaw, tries his best to do an accent with a consistent level of “fudgeddaboudit”ness and can’t quite pull it off. The over exaggerated comic book action, translated to the screen, is laughable. The dialogue is clichéd, as are the characters (sometimes in a racial or ethnic fashion, which is over the line to the offensive side of hammy).

They have Wayne Knight basically playing his Jurassic Park character except he’s a good guy and quasi-badass this time, and it just does not work. With access to funny friends (and maybe some alcohol), it’s a great movie night pick. It also happens to be the only theatrically released superhero movie thus far to be directed by a woman. Superhero movies are a subject of some interest to us in these parts, thus War Zone‘s inclusion. Lexi Alexander’s Green Street Hooligans, co-starring Elijah Wood and Charlie Hunnam, is by all accounts a much better film, but it doesn’t have this:

We Need to Talk About Kevin, dir. Lynne Ramsay
You might want to avoid the films of Lynne Ramsay—including this 2011 drama about the relationship between a mother (Tilda Swinton) and her, erm, less than well-adjusted son (Ezra Miller)—if you’re having a bad day. Or maybe do watch We Need to Talk About Kevin if you’re having a bad day, because otherwise you run the risk of ruining a good day with this excellently crafted but depressing-as-all-hell movie. It’s absolutely worth watching, but you’ll be wandering around like a zombie afterwards—it is that emotionally draining. ‘Tis the Lynne Ramsay way.

Dark Touch, dir. Marina de Van
The main character in Marina de Van’s Dark Touch is Niamh (Missy Keating), an 11-year-old girl who discovers she has supernatural powers when said powers go a little haywire and end up killing her abusive parents. The rest of the adults in Niamh’s everyone-knows-everyone-else tiny Irish town try to take care of her after, but it’s tough when her unintentional destructive tendencies come out every time she cries. If you’re intrigued at the notion of a horror movie that tackles social issues—say, the issue of how society lets down victims of child abuse—congratulations! You will probably like Dark Touch. To my fellow Game of Thrones fans: The boy half of that creepy brother-sister duo in the trailer is Art Parkinson, who plays Rickon Stark. FYI.

Is it on Netflix Instant: Yes.

Outrage, dir. Ida Lupino
During her life, Ida Lupino was best known as an actress. The same is true now. But this screen siren didn’t like cooling her heels on set while “someone else seemed to be doing all the interesting work,” so she studied the craft of directing and stepped in when the director of Not Wanted, which she co-produced and co-wrote, had a heart attack. The film was a success, which got the Hollywood brass thinking “Heyyy, maybe we should just let her do what she wants to do.”

Before long she was Hollywood’s only female director, turning out seven feature films and over one hundred TV episodes over a period of approximately two decades. One of those is Outrage, about a woman rebuilding her life after being raped. It definitely has a good bit of the melodramatic flair you’d expect of a movie released in 1950—you can see an example in the clip below, where the main character is confronted by her fiancé—but all the same it has a level of emotional sensitivity that quite surprised me. Three years later Lupino would go on to direct The Hitch-Hiker, which has the distinction of being the first film noir directed by a woman.

Is it on Netflix Instant: No.

>>> Next Page: Five more movies for your to-watch list.