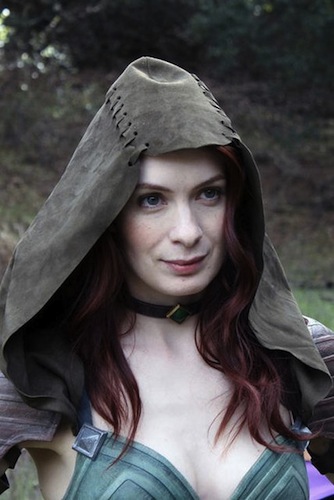 Star of The Guild, costar of Dr. Horrible’s Sing-Along Blog, general Joss Whedon go-to guest star and geek dream girl Felicia Day is set to write and star in a six-episode web series based on BioWare’s Dragon Age franchise. The web series, dubbed Dragon Age: Redemption, will follow Day’s character and elvish assassin (of my heart) Tallis, who is in search of a rogue mage in the land of Ferelden, which is the world in which Dragon Age: Origins took place, as well as the world in which the upcoming Dragon Age installment will take place. Day describes her character as headstrong and a dirty fighter with a sarcastic sense of humor, because she “wanted to bring a modern sensibility to a fantasy character in a fantasy world.” The series filmed in January, with Peter Winther as director and John Bartley as cinematographer. The series is set to release later this year.