5 Ways to Feed Your Penny Dreadful Addiction Until Season 2 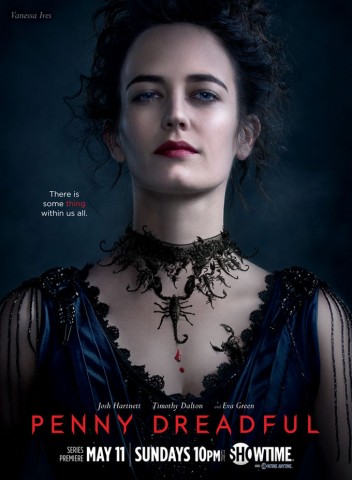 The following was originally posted on Sonic Iris and has been republished with permission.

Living in Los Angeles, there are advertisements for new movies, TV shows, and music everywhere. Most of the time they’re an eyesore as studios wrap entire city buses with them or cover large billboards in Hollywood with them. However, the ads for Penny Dreadful had me intrigued. I loved the name even though I had no idea what it meant. The letters were blood red and everything else was black. The mood was dark and gothic and mysterious. Some ads only featured Eva Green and Josh Hartnett, while others included more of the cast like Timothy Dalton and Danny Sapani. The actors stared, brooding and serious, and I thought “This is my kind of show!”

The gothic nature of Penny Dreadful also attracted a few friends of mine and inspired a “Goth Night In” viewing party of the pilot episode. We were riveted and discussed where the series might go as we began to recognize familiar characters: Dr. Frankenstein, Dorian Gray, Van Helsing. Although I was unable to keep up with weekly viewings of the show, I watched an episode when I could and quickly became obsessed.

With only an 8-episode season, Penny Dreadful was over in a flash and I was left wanting more. Luckily, I was able to attend Comic-Con and attended the Penny Dreadful panel. Showrunner John Logan promised an expansion of the universe in season 2, which will include more about Ethan Chandler’s past and the importance of Madame Kali. While that did quench my thirst temporarily, I find myself now in Penny Dreadful withdrawal, looking for anything to tie me over until Season 2. Here are five great ways fellow Dreadfuls can feed their addiction.

5. – Pre-Order the Soundtrack on Amazon

If you’re a soundtrack fiend like me, you probably noticed the beauty of the music in Penny Dreadful. The opening theme is incredibly moving and a perfect intro to the show. It also makes me think of someone running from their demons, (whether literal, sexual, or whatever) and then being overcome by them which creates this emotional roller coaster played out with the various string instruments. Every time I hear it, I get really excited and sad at the same time. Oh, the power of music! You can pre-order the soundtrack for Season 1 on Amazon here. The release date is August 19th, which is only five days from now!!! What are you waiting for?!

For anyone who wasn’t there, or for those who just want to relive the magic of Comic-Con, videos from the panel are up on YouTube. There are also a multitude of clips from the show, production blogs with behind the scenes video, and interviews with the cast. With a count of 65 videos on their channel, there’s enough content to last a few hours, and that’s only the first go round of viewings. Here’s a taste of what you can expect to find:

3. – Swoon Over Reeve Carney and his brother Zane Carney’s music

While this isn’t directly related to the show, it is related to Mr. Dorian Gray himself, Reeve Carney! Reeve and his brother Zane have a band appropriately named Carney and have released two albums of material. Their music is blues influenced rock with sexy undertones that channels classic rock bands like Led Zeppelin and The Beatles. There’s even a hint of Jeff Buckley in Reeve’s vocal delivery, which excites me greatly as he will be playing Buckley in the biopic Mystery White Boy. Both brothers also have solo projects with Zane playing a residency at the LA club Hotel Cafe for the month of August, and Reeve releasing an album in 2015. Check out their circus themed video for “Love Me Chase Me” below.

If you’re social media savvy, check in on some of the cast and crew on Twitter along with the official Penny Dreadful account.

@ReeveCarney (Dorian Gray) – Reeve posts about his music, his brother, and the show a lot. He was quite active leading up to Comic-Con as well.

@DannySapani (Sembene) – Apparently he’s a big stage actor in Britain, currently appearing in Medea. Lots of posts about Penny Dreadful and some about his activism for various causes.

@ChrisWKing (Supervising Producer) – He only joined Twitter a few weeks ago, but is posting a lot of behind the scenes photos.

@SaritaAllison (Key Prosthetic Makeup Artist) – She is responsible for The Creature’s makeup as well as the master vampire on the series. She also worked on the Harry Potter films creating prosthetics for the goblins and Jennifer Lawrence’s Mystique makeup in X-Men: First Class.

@JamesEHawes (Director) – The show switches off between directors, but he is apparently directing the first episode of the new season. He posts about the show as well as political issues.

If you haven’t been to the website yet, become a part of the demimonde and explore! There is so much to do on there you can get lost for hours just clicking on things. You can have a tarot reading done, explore a map of the Penny Dreadful universe, and even hear classic Victorian poems read by the cast. The website is a very unique way of interacting with the show on a very intimate level. 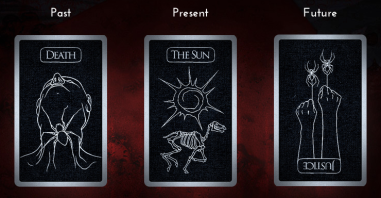 I’ll be keeping up with updates on Season 2 as they’re released so keep it locked to Sonic Iris!

Liana started her freelance career writing and photographing for indie music publications. Besides music, her interests lay in TV/film, travel, and design. When she’s not writing or taking photos, Liana is belly dancing or twisting balloons. She also has an unhealthy obsession with pugs. Find her on Twitter @lianarosephoto.