Federal Workers Want to Talk About Impeachment Too | The Mary Sue

How do you keep government employees from discussing the biggest news story out there? 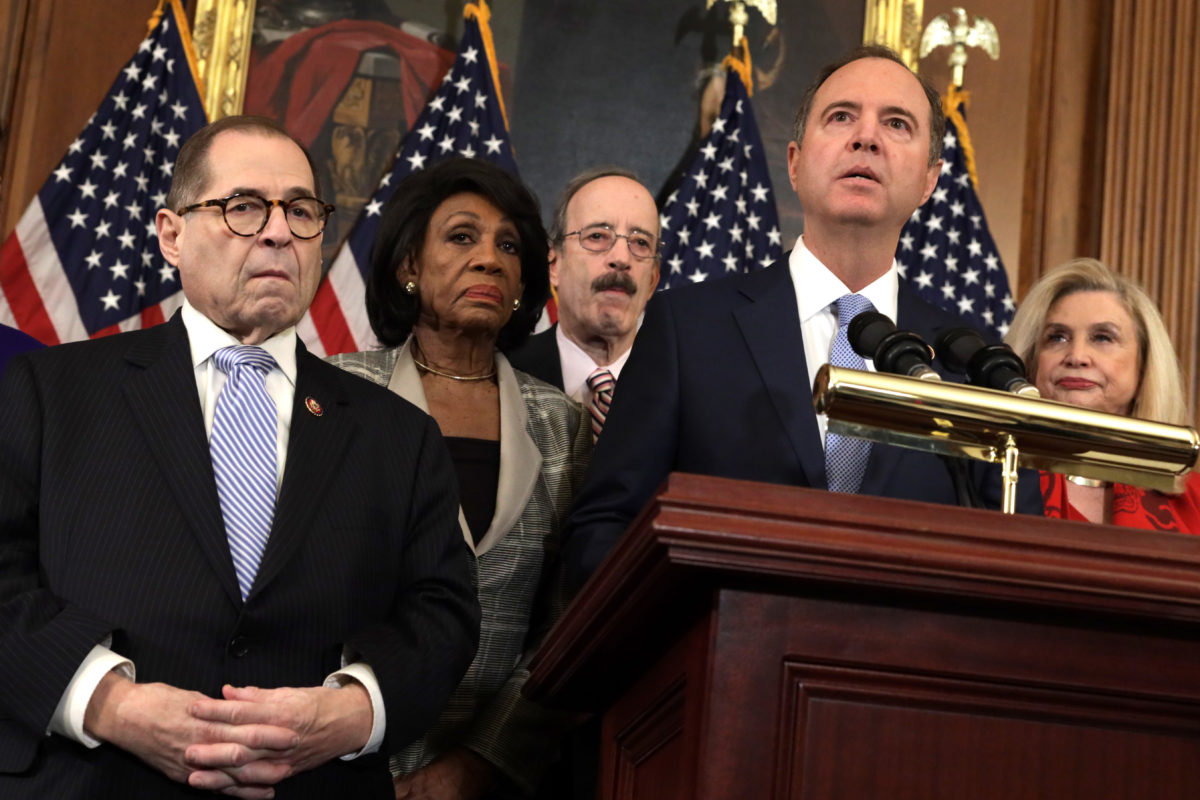 Federal workers have filed an emergency motion in court regarding their ability to discuss the impeachment of President Trump. The American Federation of Government Employees (AFGE) has filed an injunction against the Office of Special Counsel (OSC), which advises workers to stay away from sharing their opinions about the impeachment trial.

But now that the House has impeached Trump and the Senate trial is currently under way, it seems impossible for government workers (or anyone for that matter) to avoid discussions of what is arguably the biggest political news story of the decade. Enter the Hatch Act of 1939, which prohibits federal employees from engaging in politics or electoral campaigns while at work. That means no campaigning and no soliciting for campaign donations.

But does the Hatch Act prohibit federal employees from discussing impeachment? And does doing so impede their First Amendment rights? Ward Morrow, AFGE’s assistant general counsel said, “If you’re going to enforce [the OSC] advisory in the conditions we have now, they’ll be investigating employees for the next 100 years. It’s all anybody is talking about, especially in Washington.”

Add to that the fact that the OSC is led by a Trump appointee, who arguably has his own biased agenda, and you have an ethical quagmire on your hands. The AFGE’s argument is that discussion of the impeachment itself isn’t a violation of the Hatch Act: it’s simply discussing relevant news that affects the very government that these employees work for.

But according to the OSC, discussing impeachment is tantamount to discussing Trump himself, and opinions on impeachment become judgement calls on the president, which show bias. It all boils down to this: is impeachment talk a judgment of character (and therefore elections) or is it simply a discussion of a current legislative process?

As it stands, federal employees are currently prohibited from using the terms “resist” and “the resistance,” describing them as “inextricably linked with the electoral success (or failure) of the president.” It also means any and all Star Wars talk is probably off the table, right? The AFGE argues that those terms aren’t inherently political, but at that point, everything becomes an endless debate about semantics.

Ultimately, it seems that discussion of impeachment is inevitable, as it directly affects those working for the administration. The OSC is ultimately that meme of the dog on fire saying “everything is fine.”

The promise of America is that of life, liberty, and the pursuit of happiness. And buried deep within that pursuit is one’s inalienable right to talk shit about your boss. I mean, it’s not exactly in the fine print (and you should probably keep your voice down in the break room) but commiserating about our overlords is a uniquely bonding experience.

But this goes so much deeper than that, and federal employees should be allowed to discuss what is a highly stressful and sensitive situation that affects them not only as federal employees, but as Americans.