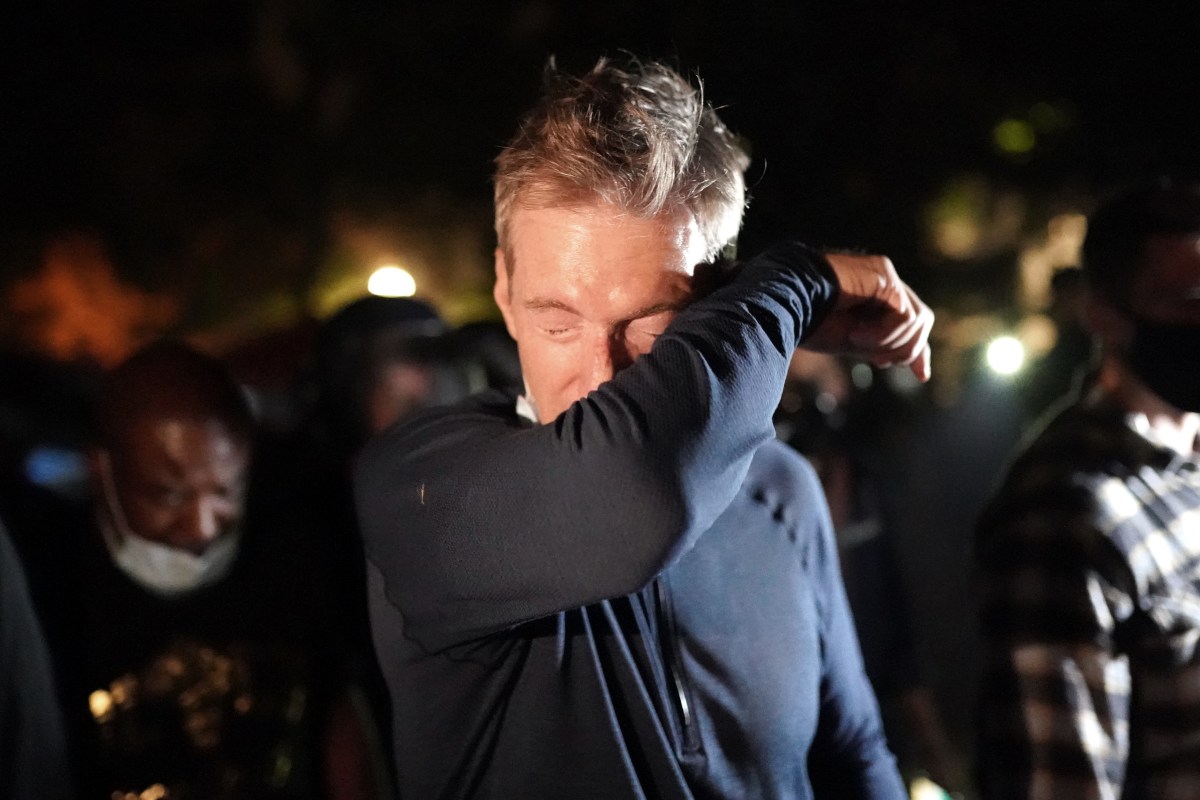 No one envies the position Portland Mayor Ted Wheeler is in. On one side, the city he leads that doesn’t like him very much. He’s facing calls to resign and vehement criticism from protesters and advocates who disagree with how he’s handled the Portland Police and his failures to deal with Portland’s deep-rooted issues with race. But on the other side of things, Donald Trump has chosen Portland as the first city to send his federal forces to break up protests, calling Portland anarchic and out of control, and blaming Wheeler for that. Wheeler’s getting attacks from both sides and it can’t be fun. But neither is getting tear-gassed, and he got that too, so points for effort?

Before we get into what happened to Wheeler and what it meant when he ventured into the fray of protests last night, let’s take a moment to explain Portland. Like an annoyingly pretentious YA protagonist, Portland isn’t like other cities. Portland is wonderful and problematic at the same time. And like these protests and Wheeler’s response, there are two sides to the city.

First off, let me assure you as someone who lives near Portland, who goes into the city several times a week, and who has friends living in every part of Portland: our city has not descended into anarchy. We are not on fire. The protests are concentrated in a very small area of only a few blocks in the area of downtown near city hall, the federal and county courthouses, and other government buildings. Beyond those few blocks, there’s no unrest. And nothing going on in Portland justifies federal paramilitary units coming into the city.

Wheeler knows all of this. He knows Portland is a unique and wonderful city with a history of liberal politics and protest, but also a city with a history of racism in a state with a racist past that is grappling with a racist present. Portlanders are politically active, and there were problems with the Portland police before the murder of George Floyd which drew protests and action for years. Wheeler and the city council’s failure to address Portland’s epidemic of homelessness is just one of many issues that have made him less than popular.

So when the Black Lives Matter protests began in Portland almost two months ago, there was a lot to protest. Yes, there were people (mainly white people) who co-opted these protests to loot and vandalize businesses, but that doesn’t make the movement invalid. Portland has work to do and the protests were prompting attention … but the incursion of federal forces into Portland was completely unnecessary and threw gasoline onto a waning fire.

Wheeler took to the streets amid the protests last night after an editorial in the Portland Tribune excoriated Portland’s leaders for their failure to actually lead and get out there with the people. It was past time for Wheeler to be with his public and let people yell at him about what they were protesting, and that’s what he did, and that’s what the crowds did.

Wheeler begins to speak. Boos and then cheers when he says he demands the feds leave. pic.twitter.com/K79KI6v0wP

Wheeler’s reception at the protest was not a warm one. He was met with boos and calls to resign. Munitions used by police against protesters were dropped at his feet. He was shouted at and some protesters implored him to turn the Portland police around to protect them from the Federal units that were attacking them. He hasn’t gone that far, but yesterday the city council did pass a resolution barring Portland law enforcement from cooperating with Trump’s forces.

Wheeler and the protesters in Portland don’t agree on much, but they do agree that federal paramilitary officers have absolutely no place in Portland. “It is an unconstitutional occupation,” Wheeler said to the crowd, according to CNN. “The tactics that have been used by our federal officers are abhorrent. They did not act with probable cause, people are not being told who they are being arrested by, and you’re been denied basic constitutional rights.”

While the protest was tense and fraught, especially with Wheeler there, it was also mainly peaceful. But that didn’t stop the federal forces from attacking and gassing the crowd, firing tear gas that affected everyone, including Ted Wheeler, who stepped to the front lines to take the full force of the attack along with the people of the city.

As you can see from the videos above, the protesters were doing nothing to threaten violence towards the federal courthouse where the perimeter was set up, aside from setting off a few fireworks. Wheeler reiterated: “There is nothing that I saw anybody do that warranted this reaction.”

Whether it will make a difference in how Donald Trump sees the situation to know that a sitting mayor of the city he claims to be “protecting” was tear-gassed remains to be seen, but it’s doubtful. Perhaps there’s a better chance that Wheeler getting out on the front lines, listening, and hurting with the protesters will change how Portlanders feel about him, or how Wheeler feels about the need for police reform.

A mayor of a U.S. city being teargassed by federal forces. That’s where we are right now. With every lawmaker in Oregon calling for Donald Trump’s goons to get out of our cities and state, these authoritarian, paramilitary forces aren’t listening to the people—they are there to suppress speech, instill fear, and do harm. This is the America Donald Trump wants to “keep great” and I’m glad to see leaders, however flawed, standing up with the people to say no to it.