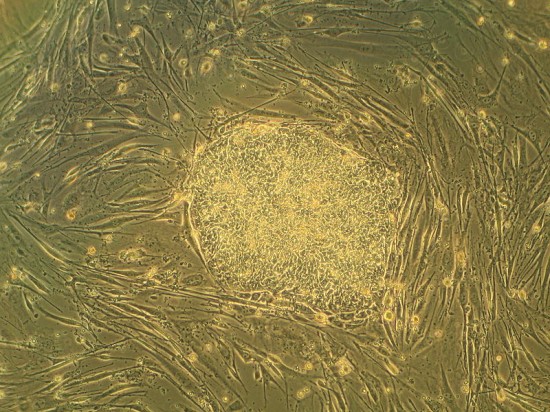 Federal funding of human embryonic stem cell (hESC) research is now legal in the United States. Chief judge of the US District Court for the District of Columbia Royce Lamberth has ruled on the case Sherley et al. v. Sebelius, in favor of hESC research. This decision overturns an existing law that prohibits the government from funding research that destroys the embryo. While Lamberth’s 38-page summary judgement may not be the final word in the case, it does put the plaintiffs, adult stem cell researchers James Sherley and Theresa Deisher, in a difficult position should they try to appeal to the US Court of Appeals or the Supreme Court.

The case originated in August 2010, when US stem cell research was forced to a halt for 17 days before Lamberth ruled at that time for a preliminary injunction to temporarily suspend federal funding for hESC research. That decision was made on the grounds that existing law (the Dickey-Wicker amendment) prohibited it. In the new ruling Lamberth says that an intervening decision made in April by the Court of Appeals of the District of Columbia Circuit obliges him to find that the Dickey-Wicker amendment is ambiguous enough to allow the federal government’s biomedical research institution the National Institutes of Health (NIH) to fund hESC research.

The wording of the Dickey-Wicker amendment prohibits federal funding for “research in which a human embryo or embryos are destroyed.” While that seems pretty clear cut, what the appeals court decided in April is that the word research is ambiguous in that context. Thus, the NIH was within the limits of the law in funding research that uses cell lines derived from embryos, so long as the NIH does not fund the creation of the initial line that kills the embryo.

In his decision to allow federal funding of hESC research, Lamberth said:

“While it may be true that by following the Court of Appeals’ conclusion as to the ambiguity of ‘research,’ this Court has become a grudging partner in a bout of ‘linguistic jujitsu’, such is life for a [lower] court.”

Lamberth’s decision is a sweeping victory for those in favor of hESC research, and a crushing blow to the plaintiffs. He says that in addition to the appeals court’s finding on the word research, the plaintiffs also failed to present any convincing new arguments since the case was introduced 11 months ago.

“The only thing that has changed since this Court first considered the question of whether “research” in the statute is ambiguous is that the [appeals court] has made it abundantly clear that the term is ambiguous as a matter of law.”

Also part of the case was the question of whether the NIH had violated the Administrative Procedures Act (APA) in the spring and summer of 2009. This related back to the NIH drafting guidelines to put into action President Barack Obama’s March 2009 executive order that loosened the constraints on government funding for hESC research. The plaintiffs argument was that by ignoring tens of thousands of public comments that opposed the use of any government funds for the research the NIH violated the APA.

Lambreth dismissed this charge, saying that the NIH was only supposed to take into account public comments on the task they were charged with: Creating guidelines for the federal funding of hESC research. It was not the NIH’s responsibility to consider comments about whether or not the research should be allowed.

In a statement, NIH Director Francis Collins said that the agency was pleased with the ruling because it will ensure that groundbreaking hESC research is allowed to move forward. However, the plaintiffs don’t intend to go down so easily. Attorney for the plaintiffs, Stephen Aden of the Alliance Defense Fund said that Lamberth had his hands tied by the Court of Appeal’s April decision and that his clients were considering all their options for further appeal.