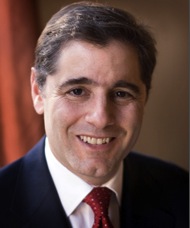 This afternoon, the FCC voted to approve a new set of rules governing online communications, its first enforceable rules on net neutrality, by a vote of 3-2.

As Wired points out, the only group that seems to be especially happy about the rules as approved by the FCC is the telecom companies: Whereas many conservatives see any net neutrality ruling as a federal overreach and liberals denounce this particular set of rules as “woefully inadequate to protect the public from the predations of an industry keen on turning the internet into a cyber-version of cable TV, with tiers and premium packages affordable by the wealthy,” the proposal as it currently stands is similar enough to Google’s and Verizon’s Internet proposal leaked over the summer in that it reserves the possibility for phone companies to charge more for certain kinds of high-speed traffic — so-called “paid prioritization.” Considering that mobile carriers’ plans have recently leaked exploring different rates for Facebook, YouTube, Skype, etc, this is not purely an academic fear.

In his remarks prepared to be delivered this afternoon (via NYT media reporter Brian Stelter), FCC Chairman Julius Genachowski defends the compromise: “As we stand here now, the freedom and openness of the Internet are unprotected. No rules on the books to protect basic Internet values. No process for monitoring Internet openness as technology and business models evolve. No recourse for innovators, consumers, or speakers harmed by improper practices. And no predictability for Internet service providers, so that they can effectively manage and invest in broadband networks. That will change once we vote to approve this strong and balanced order.”

His full remarks below: