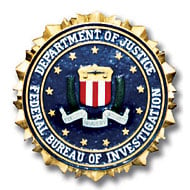 In July, the FBI took it upon itself to go after the band of scofflaws at Wikipedia, who were daring to use an image of the FBI’s official seal to illustrate an article about the FBI. So the FBI wrote a stern letter demanding that the site take it down, and threatened Wikipedia with “legal action” should it not comply.

Wikipedia being Wikipedia, the site’s lawyers turned around and said [citation needed]:

The problem, those at Wikipedia say, is that the law cited in the F.B.I.’s letter is largely about keeping people from flashing fake badges or profiting from the use of the seal, and not about posting images on noncommercial Web sites. Many sites, including the online version of the Encyclopedia Britannica, display the seal.

Other organizations might simply back down. But Wikipedia sent back a politely feisty response, stating that the bureau’s lawyers had misquoted the law. “While we appreciate your desire to revise the statute to reflect your expansive vision of it, the fact is that we must work with the actual language of the statute, not the aspirational version” that the F.B.I. had provided.

Best hypothesis award goes to Redditor TheCid, who speculates that the FBI got Wikipedia confused with Wikileaks and was trying to turn up the heat.