Who Is Your Favorite Superhero, and Why? | The Mary Sue

Who Is Your Favorite Superhero, and Why? 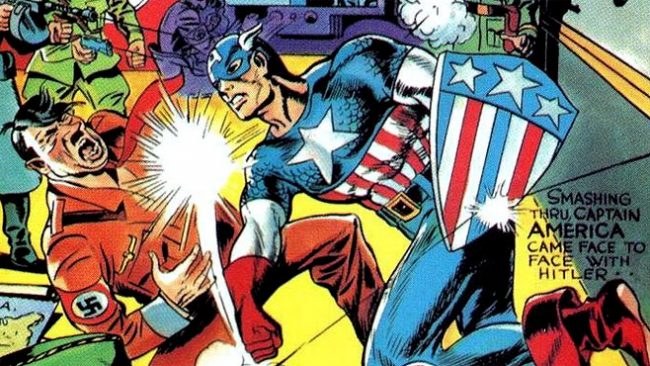 I spend a lot of my time thinking about superheroes, that ever-growing pantheon that means so much to so many of us. One question I’ve been pondering lately: what is it that makes any particular hero your number one, and how did that happen?

In college, I took an incredible comics/literature class called, well, Superheroes, wherein we traced the history of super-powered people in early literature up through their popularity explosion on the pages of comic books. The class was formative in my life, to say the least (I still have its description saved):

Superheroes as we know them (for example, that guy from Krypton) emerged in the late 1930’s, in the very popular, often-reviled medium called comics — one of the first cultural products marketed directly to youth. What do superheroes — and the America from which they came — have to do with comics as an art form? How has that art form evolved? What can superheroes (as concepts and as comics) tell us about conventions and kinds in other fields of art? Do old literary works about heroes with exceptional powers (like John Milton’s Samson Agonistes) share any features with books about folks in tights? And how did any big book about superheroes and their creators — Michael Chabon’s blockbusting Amazing Adventures of Kavalier & Clay — win 2001’s Pulitzer Prize? We’ll explore these and other questions in a course that includes literary history and theory, novels, poems, and comics old and new: texts will include Chabon’s novel, Milton’s dramatic poem, Alan Moore and David Gibbons’ Watchmen, and work by other creators including William Butler Yeats, Virginia Woolf, and Scott McCloud.

So you could say I’ve done my fair share of critical breakdowns and deep thinking about the art and act of superherodom. But what I find fascinating is people’s unique response to superheroes on a personal level. Those of us who love comics and comic book media tend to have partisan favorites for a variety of reasons.

Sometimes, it’s as simple as adoring an actor who plays a role, or a writer who helped fashion a character. Sometimes, we’re drawn to a particular power that appeals to something we desperately wish we could do, like turn invisible or shapeshift or work magic.

But I think it often goes even deeper: heroes, especially these days, are increasingly drawn with wider representation in mind. We’re able to see ourselves more and more reflected in the image of people who do what we cannot. For me, I know that what draws me to a superhero is their embodiment of an idea or ethos that is important to me. For me it’s all about attitude. 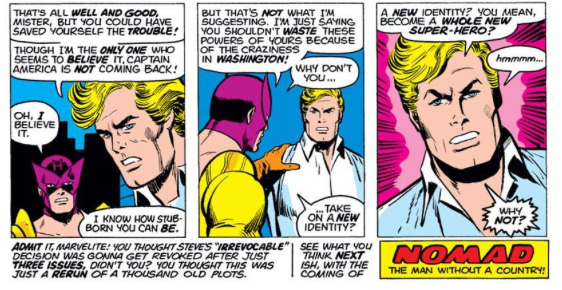 I love Captain America for embodying my own complicated relationship with my country and being, for me, a true American hero. Far from the jingoistic figure he seems to be from a distance, Cap represents the best of American ideology while also standing unafraid to call out our wide range of hypocrisies and failings. (I’m ignoring the Nick Spencer run, because I can.) 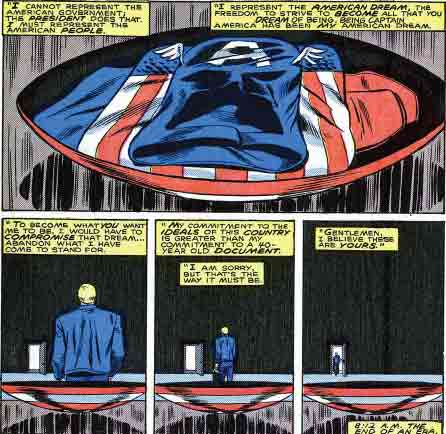 When America commits actions and atrocities beyond the pale, Cap isn’t afraid to renounce the star-spangled mantle entirely, becoming Nomad, the man without a country. He isn’t afraid to disagree with the authorities—or his closest allies—to stand by what he believes to be right. 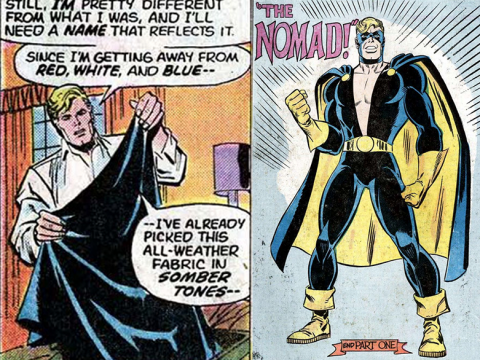 Steve Rogers repeatedly calls out the way that “American reality differs from the American dream,” a remarkable achievement for a character who is visually clothed in American symbology. 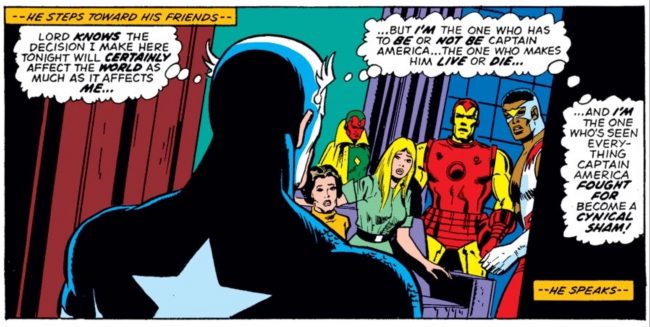 I love other things about Steve Rogers: his past as the child of poor immigrants in New York City. His background as an artist. His affection for my adopted borough, Brooklyn. His lived experience as a chronically ill youth who was transformed by the impossible. His unflinching loyalty to his friends and lovers. That time that he punched Hitler in the face.

Captain America is my favorite superhero for all of these reasons. Who is yours, and how did they find you? What is it about that character or characters that makes them so special? Tell us all about it in the comments.