Everything I Know About Comics I Learned From Taking This Class

Come with me and you'll be in a world of pure imagination. 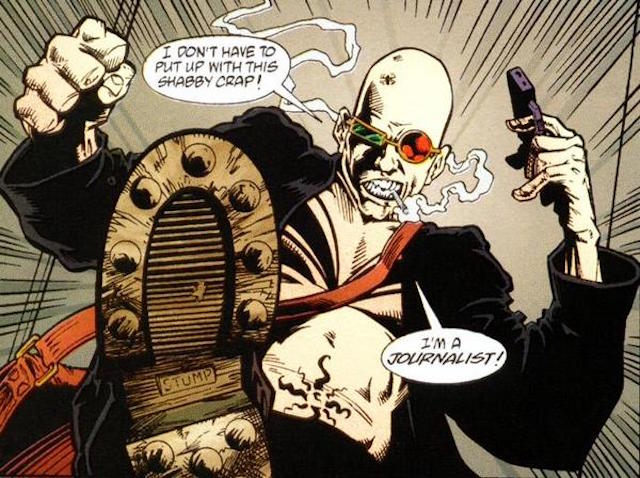 A college seminar forever changed the way I look at art, literature, and super-powered people. My professor (who now teaches the class at Harvard) was kind enough to send me an updated syllabus. Let’s DIY a comics course.

Back in the long long ago, when I was a freshman (not at Harvard), the class was called Superheroes, and when I saw its description, I knew that it had to be mine:

Superheroes as we know them (for example, that guy from Krypton) emerged in the late 1930’s, in the very popular, often-reviled medium called comics—one of the first cultural products marketed directly to youth. What do superheroes—and the America from which they came — have to do with comics as an art form? How has that art form evolved? What can superheroes (as concepts and as comics) tell us about conventions and kinds in other fields of art?

Do old literary works about heroes with exceptional powers (like John Milton’s Samson Agonistes) share any features with books about folks in tights? And how did any big book about superheroes and their creators—Michael Chabon’s blockbusting Amazing Adventures of Kavalier & Clay—win 2001’s Pulitzer Prize?

We’ll explore these and other questions in a course that includes literary history and theory, novels, poems, and comics old and new: texts will include Chabon’s novel, Milton’s dramatic poem, Alan Moore and David Gibbons’ Watchmen, and work by other creators including William Butler Yeats, Virginia Woolf, and Scott McCloud.

Over the summer, those of us who signed up for Superheroes received Scott McCloud’s Understanding Comics in the mail, and Professor Steph Burt still begins with this important book in the current class. If you know nothing about comics, or love them but want to deepen your appreciation for the artistic medium, McCloud is essential. You’ll never read a comic in the same way again. Guaranteed.

Here’s a sampling of the works Professor Burt is teaching, mingled with some from our original class:

We also had one shared massive compendium of Marvel golden and silver age origin stories, Marvel Firsts, which was a great way to meet new people. (“Hi, I’m Kaila. Uh, I need to borrow the book so I can read the first Fantastic Four?”) A friend from class brought a truly epic comics collection to school, and through him, I discovered these favorites as extracurricular reading:

Warren Ellis and Darick Robertson, Transmetropolitan (Read every volume. Just trust me on this. But if you must choose one, I can’t live without Vol. 2, Lust For Life)
Garth Ennis and Steve Dillon, Preacher
Daniel Klowes, Ghost World
Alan Moore and Kevin O’Neill, League of Extraordinary Gentlemen
Neil Gaiman, Sandman

These days, comics no longer occupy the space of an “oft-reviled medium”—they’ve seen a renaissance in terms of groundbreaking works published for both kids and adults, and webcomics have opened up the ability to produce and access a whole new world of creativity. The explosion of superhero movies into the mainstream means that you’d have to be a master assassin kept in a cryogenic chamber and only occasionally unfrozen not to know who Captain America is. But the sheer volume of what’s out there now means it can be hard to know where to start.

The works mentioned here provide an entrance into the vast, sprawling ecosystem of graphic storytelling—and also serve as a master class if you already know your Plastic Man from your Mr. Fantastic. Of course, the great thing about comics is that there’ll always be something for everyone’s tastes and inclinations, and lots of excellent pieces of art and writing we haven’t covered. What’s missing from our comics class? If you could make everyone in the world read just one graphic novel, what would it be?

(Mine would be Transmetropolitan Vol. 2: Lust For Life. But you probably already guessed that.) 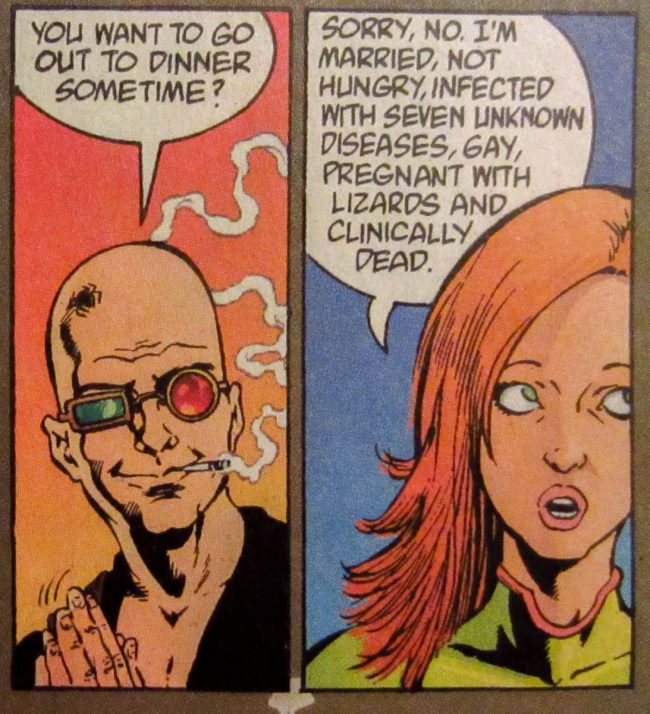 (Thanks to Steph Burt and Zachary Garrett, images via Helix/Vertigo, artists Warren Ellis and Darrick Robertson)