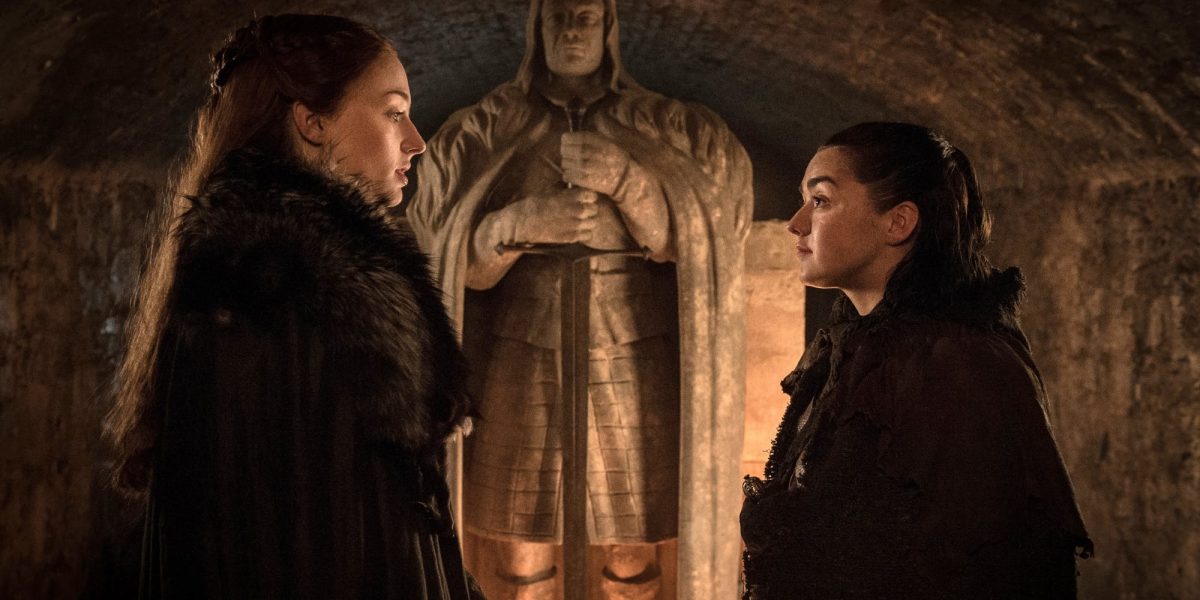 It’s National Sisters Day, a day to celebrate your relationship with someone who can simultaneously be your very best friend AND the most annoying person on the planet. Sisterhood is a powerful thing: who else remembers your fierce neon phase in the 90’s or your near obsessive crush on that kid in your sixth grade class? It’s hard to find a more intimate relationship than the one with your siblings … after all, you’ve known each other your entire lives. And while you two can be wildly different, there’s no one who quite has your back like your sister.

And besides, sisters share the most important bond of all: making fun of your parents together. So here are our top five sister pairings. Also, a shout-out to my older sister, who doesn’t understand nerd culture but loves me nonetheless. Case in point: I took her to see Wonder Woman and she kept asking me when Captain America was gonna show up. Oy.

All sisters are different. Some get wrapped up in courtly intrigue and arranged marriages, while others travel to distant lands and become temporarily blind assassins. Life takes you many different places, I guess. Over the past seven seasons of Game of Thrones, we’ve watched Arya and Sansa grow up in an increasingly unstable and violent Westeros. And while they bickered as children, their long-awaited reunion in season 7 was an emotional highlight of the series. The loss of both parents, family members, and countless loved ones over the years have made them value the bonds that remain, and now their pact to keep Winterfell is stronger than ever. Here’s hoping these two make it out of the final season stronger than ever.

From 1998-2006, the witchy Halliwell siblings used their Power of Three to fight the demons, spirits and baddies that descended on San Francisco. The series developed a rabid fandom and joined Buffy the Vampire Slayer in the WB’s nascent “girls with powers” genre. Fans stuck with the show after Shannen Doherty left, and welcomed in Rose McGowan as half sister Paige. Years later, both McGowan and Alyssa Milano emerged as leading voices in the #MeToo movement. While the special effects were cheesy, audiences responded to the relationship and closeness of the Halliwell sisters, so much so that a reboot of the series is premiering this fall. Here’s hoping the new sisters can capture that same magic.

While the MCU has its share of sibling drama, one of the most combative relationships is between the two daughters of Thanos, Gamora and Nebula. After being abducted and trained relentlessly by their father, the sisters were pitted against one another to train. As a result of her losses to Gamora, Thanos replaced parts of Nebula with cyborg enhancements until she was mostly machine. Despite this antagonistic beginning, Nebula and Gamora could not help but bond, and in Guardians of the Galaxy Vol. 2 we see them finally reach a mutual understanding. Gamora even sacrifices the location of the soul stone to keep her sister alive, at great risk to her own. We’ll have to wait until Avengers 4 to see what kind of vengeance (if any) Nebula takes on her estranged father figure.

The relationship between Jefferson Pierce’s daughters Anissa and Jennifer is one of the most grounding and relatable elements of the CW’s latest superhero show. Both sisters have inherited their father’s powers, with older sister Anissa taking on the mantle of Thunder and fighting crime alongside her father. While Anissa easily falls into the hero role, Jennifer longs for a return to her normal life, before rising to the occasion and joining the family business. We’re excited to see how their dynamic evolves in season 2.

Not all sisters are born. Some are genetic identicals created in a lab that find each other and work to uncover a vast international conspiracy. You know, family drama. The loving bond between the sestras, which include ex-con single mum Sarah, PTA mom Alison, scientist Cosima, and assassin Helena, is fiercely protective and moving. It’s especially shocking when you realize that they are all played by the ridiculously talented Tatiana Maslany. Maslany’s performance imbues each sestra with such a distinctive voice and image, that it truly feels like a family. How sci-fi is that? 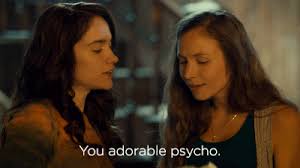 Waverly and Wynonna Earp are truly #sistergoals. They are fiercely protective of one another, and their unconditional love is the emotional keystone of the series. When Waverly came out to Wynonna, she was met with immediate support. And when Wynonna had to send her baby away, Waverly was there to be a shoulder to cry on. We’re looking forward to seeing what happens to the sisters’ relationship now that Mama Earp is back in the picture.

Who are your favorite sister pairings? Share with us in the comments below!