It’s Too Damn Hot, So We’re Listing Our Favorite Frosty Heroes and Villains

I said brrr, it's cold in here. 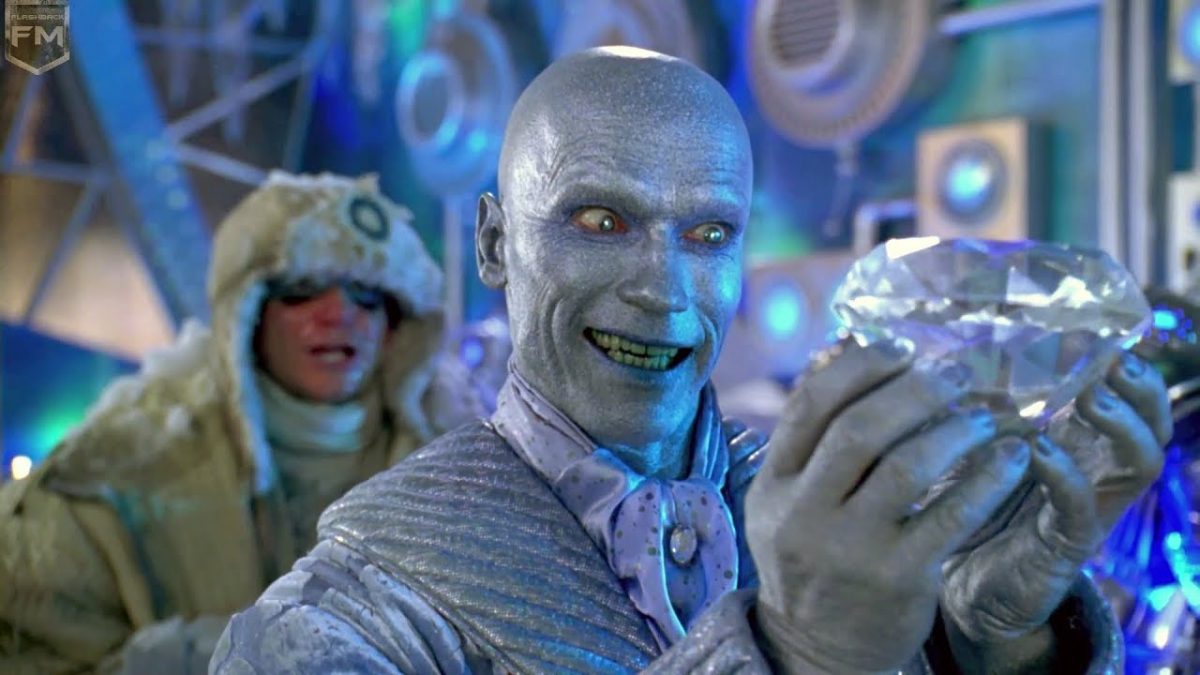 This weekend, a massive heat wave hit the West Coast. In Los Angeles, temperatures reached as high as 115 degrees Fahrenheit. Power outages have hit several neighborhoods due to the increased stress on the power grids. Basically, it’s too damn hot to function. For your own safety and well-being, I highly encourage everyone to stay inside and stay hydrated. But what to do while you’re inside?

You can clear out your fridge, crawl inside and pretend to be Zuul from Ghostbusters, which is always a fun way to scare the crap out of your roommate. Or, you can try my patented cool-down trick: binge-watching movies and TV shows that take place in freezing locales. There’s something about watching characters brave the cold that always makes me feel chilly. Is it a placebo effect? Am I too susceptible to whatever is on television? Or am I just a dummy? Probably some combination of all three. Either way, distract yourself from the hot hot heat by marathoning our favorite frosty heroes and villains.

No one is cooler than Frozone, aka Lucius Best. The character, voiced by Samuel L. Jackson, is able to create ice and freeze anything with his hands. As Mr. Incredible’s best friend, Frozone is always looking out for the Parr family and ready to skate into action at a moment’s notice…as long as he can find his super suit.

Dr. Caitlin Snow, S.T.A.R. Labs resident bioengineer, gains cryokinetic powers after a particle accelerator explosion creates her alter ego, Killer Frost. Throughout the series, Caitlin struggles with her dual identities, and controlling her rage and anger that brings Killer Frost to the surface. in season four, we learn that Caitlin’s powers weren’t caused by the explosion, but that she is in fact a metahuman. The Caitlin Snow/Killer Frost relationship is a powerful metaphor for self acceptance. Only by accepting her dark side, can Caitlin control and use her Killer Frost powers for good.

Disney went through several versions of their adaptation of Hans Christian Andersen’s The Snow Queen. After originally imagining Elsa as a villain, they decided to shift the character and build the central storyline around the relationship between Elsa and her sister Anna. Instead of using her magical abilities as a weapon, Elsa’s powers are a source shame and fear. It isn’t until Elsa lets go (get it?) and embraces her unique abilities that she is finally free from her frozen prison.

Charismatic criminal mastermind Leonard Snart is very good at being bad. Unlike the rest of the characters on this list, Snart does not possess any superpowers, and instead uses a cold gun and other cold tech. Like most frosty baddies however, he thaws when it comes to the people he loves, like his sister Lisa. Snart soon becomes an unlikely hero, helping the Legends of Tomorrow and sacrificing himself for the greater good.

Bobby Drake is a mutant teen with the ability to create objects out of ice, and eventually learns to transform his own body into an enhanced organic icy form. Bobby was portrayed in the X-Men films by Shawn Ashmore, where he struck up a romance with Anna Paquin’s Rogue. In the comics, Bobby comes to terms with his sexuality and comes out of the closet as a gay man, striking up a relationship with Romeo.

The Night King, Game of Thrones

Is there anyone colder than the Night King? He has been making his way towards the wall for seven seasons, joined by his army of White Walkers, wights, giants and (now) a motherfucking ice dragon. We still have to wait another year for the final season, where Jon Snow and the armies of Westeros will battle against the Night King’s legions. Winter is coming, indeed.

No list of cold-powered characters would be complete without this classic member of Batman’s rogues gallery. Mr. Freeze, aka Dr. Victor Fries, was trying to cure his beloved wife Nora when a laboratory accident drastically lowered his body temperature. As a result, Freeze must wear a cryogenic super suit to maintain his body temperature. Mr. Freeze has long been a Batman staple, appearing in the original Adam West 60s Batman series as well as the TV series Gotham. He was infamously portrayed by Arnold Schwarzenegger in 1997’s Batman and Robin, where he spent the entire film making terrible ice puns.

Who would you include on your list of the best frosty heroes and villains? Keep cool and stay out of the heat!