Our Favorite Fantasy Restaurants We Wish Were Real | The Mary Sue

Diners, Drive-Ins and Cantinas: Our Favorite Fantasy Restaurants We Wish Were Real 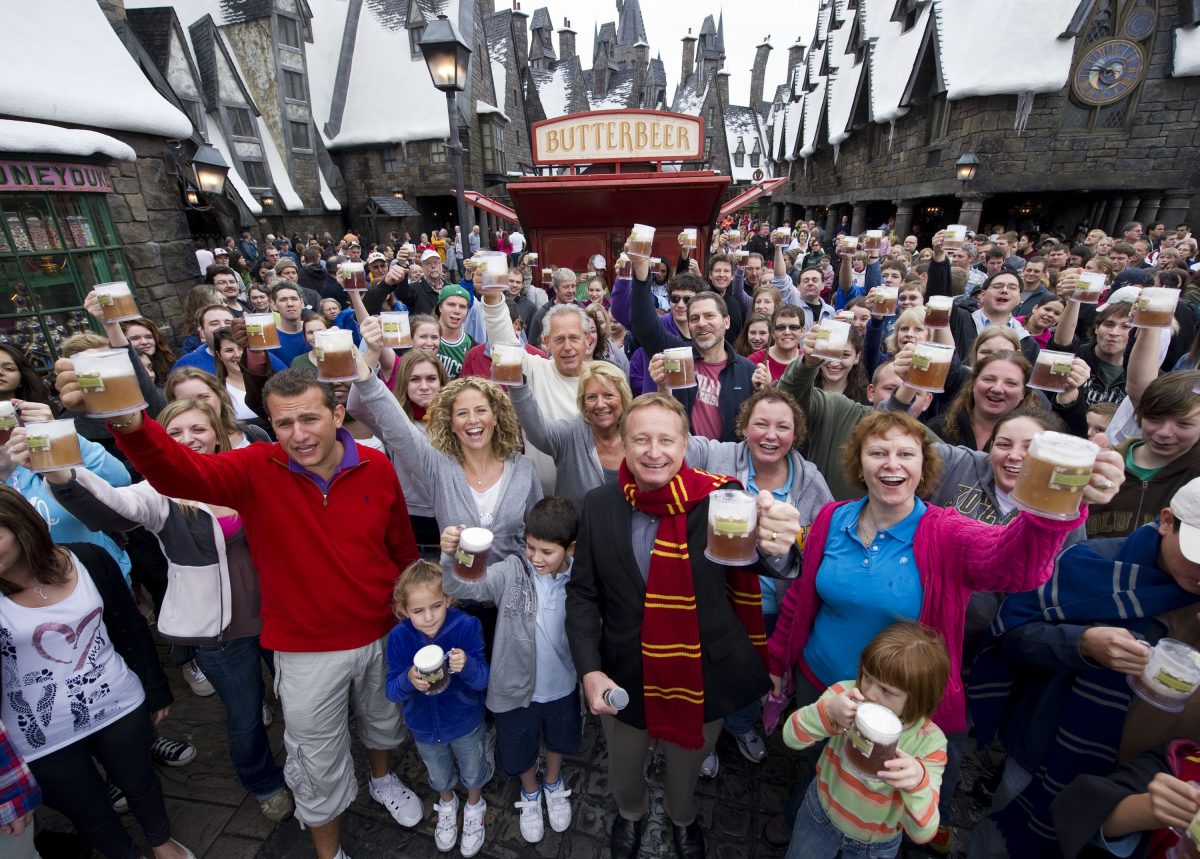 In honor of the 25th anniversary of the so-bad-its-good Sylvester Stallone movie Demolition Man, Taco Bell has announced a futuristic pop-up dining experience at San Diego Comic-Con. As you may recall from the film, in the futuristic 2032, the only restaurant left in existence is Taco Bell because 90’s crossover marketing was all the rage.

This futuristic Taco Bell joins several other pop culture-inspired pop-ups, like Saved by the Max, a re-creation of the diner made famous in Saved by the Bell, and the Scum & Villainy Cantina, a Mos Eisley-inspired bar. A sandwich shop in Hollywood even transformed itself into Coming to America‘s McDowell’s for a night.

These themed pop-ups had us thinking about some of our favorite fictional restaurants. Here’s a list of the places we’d love to grab a bite.

Fans of the Harry Potter series know there’s no better place to curl up with a Butterbeer than the Three Broomsticks in Hogsmeade. Madam Rosmerta’s pub is a popular hangout for the students of Hogwarts, as well as a meeting place for the professors and various guests. The Three Broomsticks is now an IRL restaurant at both Wizarding Worlds of Harry Potter, where you can enjoy British faves like fish and chips and shepherd’s pie.

Milliways, The Restaurant at the End of the Universe

This five-star restaurant from Douglas Adams’ Hitchhiker’s Guide to the Galaxy book series is situated at the farthest reaches of the universe. Guests can enjoy a Pan Galactic Gargle Blaster while watching the Gnab Gib in all its reverse glory. Like the slogan says, “If you’ve done six impossible things this morning, why not round it off with breakfast at Milliways, the Restaurant at the End of the Universe.” I also wouldn’t mind swinging by Arthur’s sandwich shop in Lamuella.

Sure, Mos Eisley invented the intergalactic cantina, but we here at the Mary Sue like to support female-owned businesses. Plus, Mos Eisley is just a townie bar. Maz Kanata’s Takodana hideout is in a literal castle, plus it housed Luke Skywalker’s lightsaber for who knows how long. We tip our giant goggles to you, Ms. Kanata.

Inn at the Crossroads, Game of Thrones

If you find yourself in Westeros, traveling on the Kingsroad and in need of a warm bed and a hot meal, the Inn at the Crossroads has got you covered. Nearly all the major players of the series have stopped in for a drink or a fight, and fan favorite Hot Pie even joined the staff as a baker. His bread direwolf he made for Arya was one of the sweetest moments in a not-at-all-sweet series. BTW, did you know that Hot Pie, née Ben Hawkey, opened a GOT-themed bakery in London called “You Know Nothing John Dough”? Amazing.

As a native New Orleanian, I’ve always held a soft spot for Sisko’s Creole Kitchen. The restaurant as run by Joseph Sisko, father of Captain Benjamin Lafayette Sisko. Sisko’s makes several appearances throughout the series and becomes a favorite haunt of Nog’s (live tube grubs for everyone!).

The alien celebrity chef Elzar is Futurama‘s take on Emeril Lagasse, complete with the requisite “BAM”. Elzar’s is finest restaurant in New New York, where you’re likely to find the host offering his diners a pinch of spice weasel. Looking for something a little more casual? There’s always Panucci’s Pizza. Tell them I.C. Wiener sent you.

Fans of Steven Universe are familiar with Beach Citywalk Fries. The fry shack is famous for their fry bits, the little bits of potato left over in the fryer. Um, how has a real-life restaurant not jumped on this idea?! Give the people/gems what they want, world: little bits of fried potatoey goodness.

Cafe 80’s, Back to the Future trilogy

We see two different versions of the local diner: first as the classic 50’s malt shop Lou’s Cafe, where Marty McFly meets his dad, and then in the futuristic sequel, where it is re-imagined as Cafe 80’s. I prefer Cafe 80’s wild take on a nostalgia restaurant, complete with spinning bikes and a Pepsi Perfect rising up from the countertop. Like Doc Brown says, “It’s one of those nostalgia places but not done very well.”

What favorites would you add to the list? Let us know in the comments!