Senator Rand Paul Lets His Imagination Run Wild, Claims He Was “Attacked” by a “Crazed Mob” After RNC

Let's go to the video, shall we? 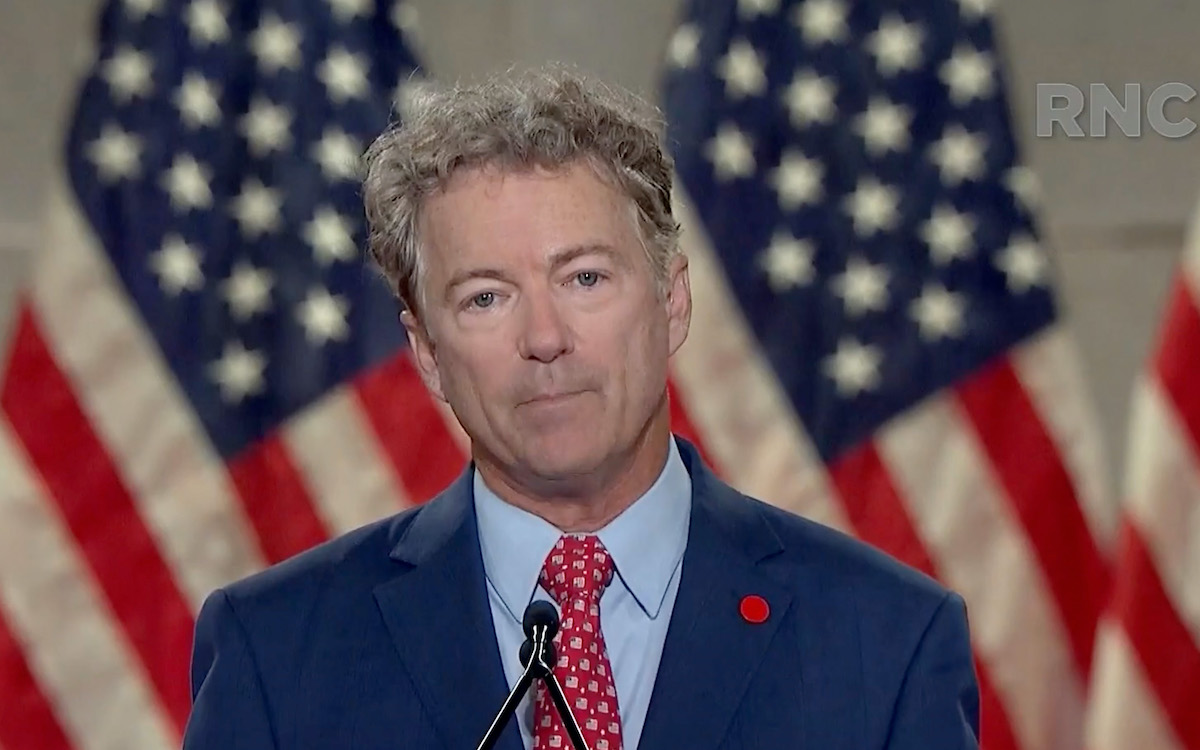 As Rand Paul left the White House following Donald Trump’s bizarre and illegally presented RNC speech Thursday night, the senator was followed by a group of protesters. In video of the encounter, you can hear the crowd was chanting “say her name,” a demand that he acknowledge Breonna Taylor, who was murdered by police in Paul’s home state of Kentucky.

Paul tweeted about the incident Friday morning and someone clearly woke up on the dramatic side of the bed.

Just got attacked by an angry mob of over 100, one block away from the White House. Thank you to @DCPoliceDept for literally saving our lives from a crazed mob.

“Just got attacked by an angry mob of over 100, one block away from the White House,”  Paul tweeted. “Thank you to @DCPoliceDept for literally saving our lives from a crazed mob.”

Now, it is possible there was a larger crowd that dissipated before this video was taken, but as you can see, this is not 100 people. And of the people that are following Paul, most of them appear to be press. There were a lot of protesters outside of the White House Thursday, but the crowd that followed Paul, as well as those that reportedly followed others after the event, were much smaller groups. (Though they are, predictably, being painted by conservatives as representative of the protests as a whole.)

This looks to me to be, what? A dozen protesters?

D.C. police officers had to escort @RandPaul to the Hotel Washington as dozens of demonstrators followed and jeered him. At least one person is being treated by protest medics for what appears to be an OC spray injury. pic.twitter.com/fOrKQ2C29D

At one point, a protester does push one of the police officers in the direction of Paul but you can clearly see in this video that that was a response to that officer violently shoving his bicycle into the crowd.

Rand Paul just got chased by a crowd back to his hotel, after leaving the White House from Trump’s Republican Party Nomination #DC #DCProtests pic.twitter.com/h1kPcZG1jh

Paul confirmed to The Daily Beast that the “attack” he experienced from that “crazed mob” was strictly verbal and at no point did any protester touch him or anyone in his party. But that didn’t stop him from going on Fox & Friends Friday morning to fret over what could have happened in his imagination, if not reality.

“I truly believe this with every fiber of my being, had they gotten at us they would have gotten us to the ground, we might not have been killed, might just have been injured by being kicked in the head, or kicked in the stomach until we were senseless,” he said.

In June—three months after her murder—Paul introduced the “Justice for Breonna Taylor Act,” which would end the use of no-knock warrants, which is what the police were acting under when they broke down Taylor’s door and shot the young unarmed EMT to death. But that act, which has not yet made it past the introduction phase, does not actually do anything to bring “justice” to Taylor’s murder.

We’re going on six months now since her death and the officers who killed Breonna Taylor still have not been held accountable. People are rightfully angry and afraid and it’s beyond cowardly to reduce that anger and fear to the actions of a “crazed mob” when all they want is to be heard.

(image: Committee on Arrangements for the 2020 Republican National Committee via Getty Images)