New Clips From Falcon and the Winter Soldier Are Perfect 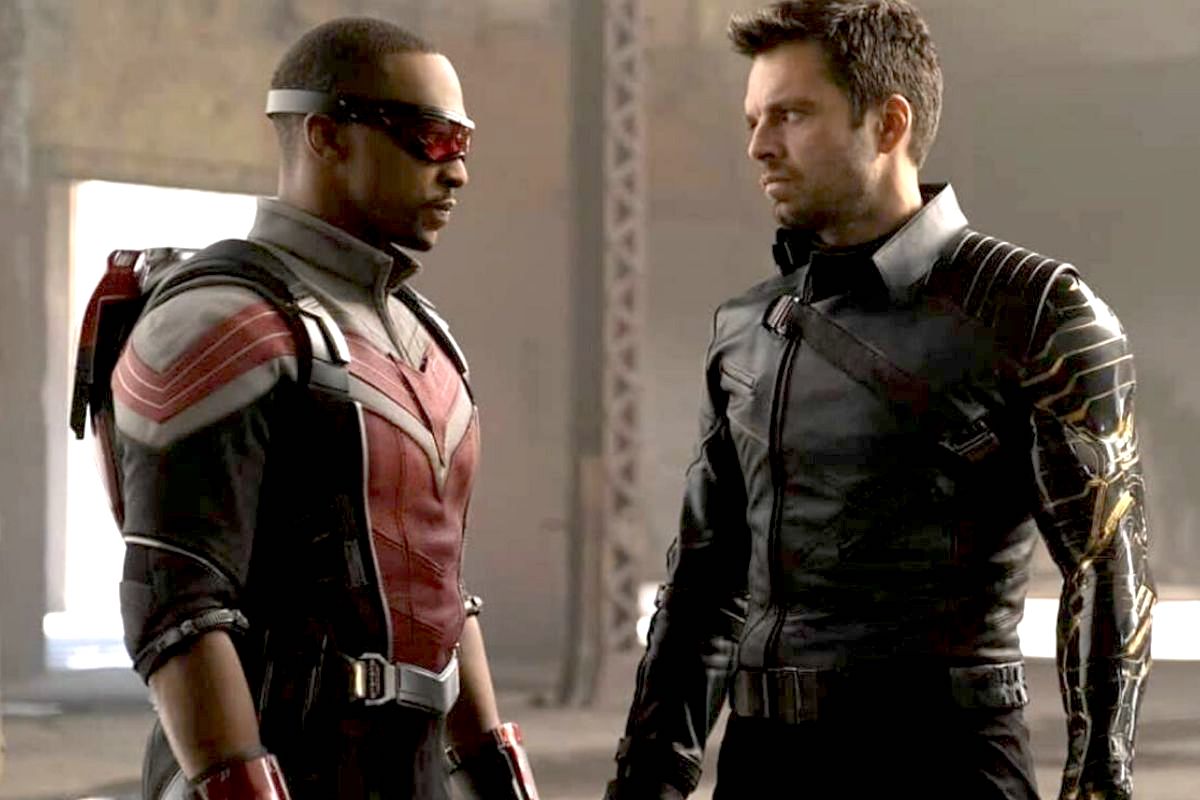 This new look at Marvel’s Falcon and the Winter Soldier is exactly the kind of show I wanted. From the announcement that Sam Wilson and Bucky Barnes were going to get their own Disney+ show, I knew that I wanted the two to have their banter highlighted in whatever story was going to be told. And the more I learn about Falcon and the Winter Soldier now, the more my excitement grows because everything points to a very important comic run in the Marvel world.

But these new TV ads for the show do bring me such joy because they’re so Sam and Bucky. Since the two started to actually know each other in Captain America: Civil War, they have had this kind of relationship where they’re always competing. Sure, part of that is probably because they’re two men, but it’s also a dynamic that exists because they both wanted to be Steve Rogers’ number one. Flashforward to Falcon and the Winter Soldier, and that dynamic seems to be still intact, and I love it.

In a new TV ad called “Coworkers,” Sam and Bucky try to define their relationship. I say “try” because the two of them refuse to acknowledge that they actually enjoy each other and still consider themselves just “coworkers.”

There is also a clip that features Bucky and Sam going back and forth over whether or not the “big three” is a thing and what the difference between a sorcerer and a wizard is that a fan captured from a YouTube ad.

🚨 Brand new tv spot for The Falcon and the Winter Soldier! pic.twitter.com/tUim8fvvu5

If the entire show is the energy of these two clips? I’m going to lose my mind in the best possible way. I love Sam Wilson and Bucky Barnes and just want to see them trying to navigate a friendship without Steve Rogers being the center. I know that the show is going to explore how they work together and take on whoever is trying to take the shield away from Sam Wilson, but still. Seeing this energy in all the promotional work for the show gives me a lot of hope.

Falcon and the Winter Soldier is, really, the first time the focus is going to be completely on these two characters, and from the looks of it, it’ll mostly be centered on Sam (as it should be). There are some incredible storylines they can be tackling with the show, and getting to see this dynamic between Bucky and Sam play out while navigating the harder-hitting aspects of U.S. Agent and Sam’s rise as Captain America is going to be beautiful.

We’re about to go on a journey with Sam Wilson and Bucky Barnes, and it’s been a long time coming. LET’S GO.