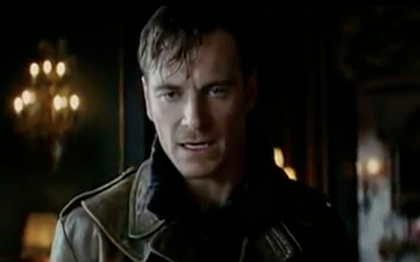 Michael Fassbender’s role repertoire is pretty impressive — from morally ambiguous android to executive sex-addict, he’s played it all. Well, except for a time-traveling assassin, but not to worry, his role in the upcoming Assassin’s Creed film adaptation will fill in his resume quite nicely.

According to Variety, Fassbender will both star in and co-direct the upcoming Ubisoft adaptation, the plot of which “revolves around a man who learns his ancestors were trained assassins after he is kidnapped by a secret org with ties to the Knights Templar, and sent back in time to retrieve historical artifacts.” The Assassin’s Creed franchise is Ubisoft’s more prolific series, and has since sold 30 millions units since 2007. Conor McCaughan will join Fassbender in directing the film — together, they are known for producing the short film “Pitch Black Heist.”

Although the company discussed future film projects with Sony last fall, the negotiations have since been put on hold and Ubisoft has launched their own production company, UMP, with the hopes of “develop[ing]… film[s] independently in order to maintain greater creative control.” According to Variety, this means that while  “Sony could still wind up distribing the films, UMP will package the project with a writer and director before resuming talks with the studio.” In either case, Ubisoft will be sure to save money by using some of its 26 in-house game studios to handle the visual effects.

With any luck, Ubisoft will avoid producing another Prince of Persia: The Sands of Time, a disappointing Disney adaptation that turned up only $335 million worldwide. Frankly, we’d just like one adaptation of a major video game that doesn’t totally suck. What do you all think, does Fassbender and Ubisoft have it in them to give us the Assassin’s Creed epic tantamount to the excellent game series?