MSNBC’s #FartGate Brings a Nation Together 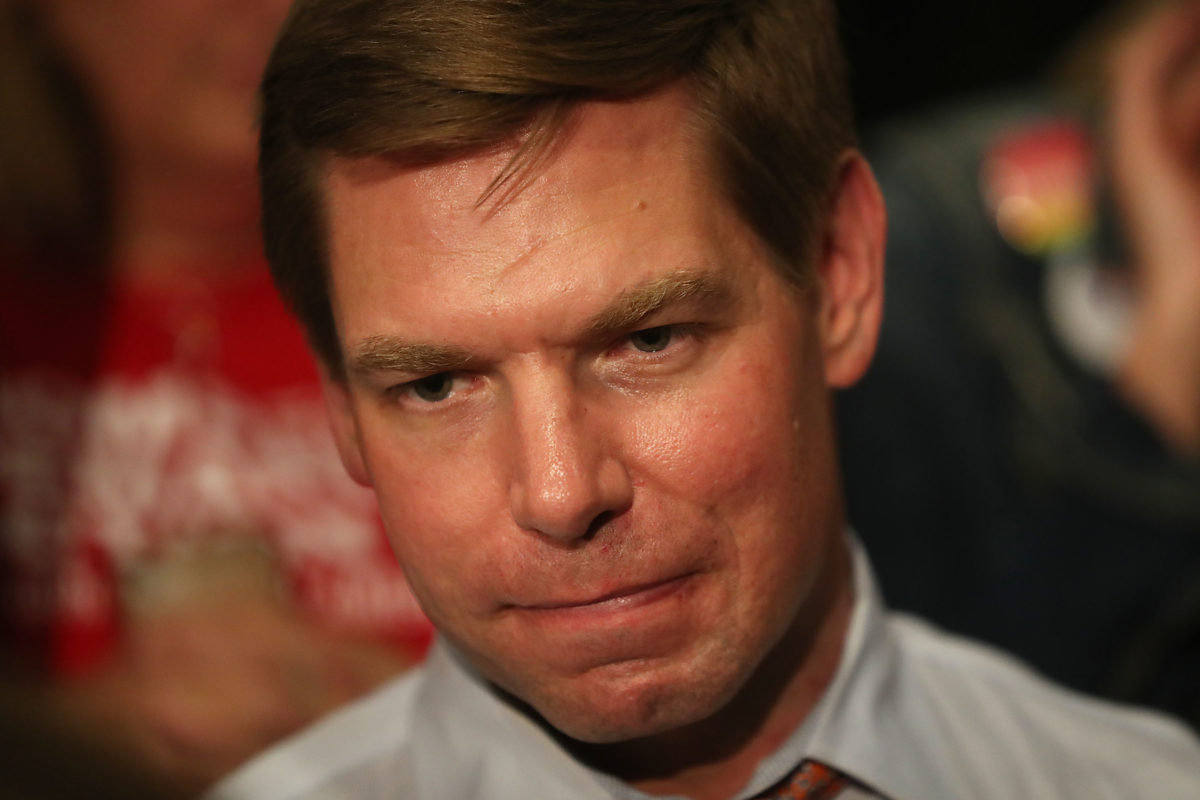 In these polarizing and divisive times, nothing brings people together faster than a bodily function on live television. That’s right, I’m talking about #FartGate baby! Former presidential candidate, and California Rep, Eric Swalwell was live on MSNBC with host Chris Matthews discussing the impeachment proceedings when it appeared that he ripped the loudest and juiciest fart known to man kind.

It is so loud. And so long. So comedically perfect. It really sounds like someone tacked on a sound clip of a whoopie cushion to the video of the interview. But multiple observers and outlets snagged clips of the live interview, proving that the footage wasn’t deep faked (deep farted?) but was actually extremely, hilariously real. Naturally, the internet had a lot to say.

I have seen the #fartgate clip multiple times. I laugh out loud each time. It is just amazing. It’s the Moby Dick of farts. The King Kong. The Big Kahuna. It’s the Apex Predator of farts. If you think farts are beneath you, well, you are correct but you’re missing out on life.

Of course, both Swalwell and Matthews deny being the gassy culprit and so varying conspiracy theories and cover-ups are being bandied about. MSNBC has tried to claim that it was just a mug being dragged across a desk, but that would only be believed by someone who has literally never heard a wet fart before.

Buzzfeed News correspondent Addy Baird contacted Swalwell who denied the fart, and while most of the internet has decided it was him, there is a contingent that believes Matthews or one of the crew at MSNBC studios is to blame.

NEWS: SWALWELL denies it was him who farted on MSNBC: pic.twitter.com/IYmHwYfuGf

The Needle Drop digs deep into the technicalities in his thread on the flatulent faux pas. Examining everything from the ambient noise and echo in Swalwell’s location, to the volume of the fart indicating someone’s butt hole would need to be mic’d in order to capture the sound so clearly without being muffled, he makes a convincing argument that Matthews or someone at MSNBC was the real farter. (Not to mention this blind item from a year ago about a host at MSNBC having notoriously terrible gas.)

I don’t buy it. I’ve worked in broadcasting / sound production, and there’s no possible way the fart would sound that way if Swalwell ripped it.

The ambient sound on his voice due to the large room he’s in isn’t on the fart at all. It would echo for at least a second.#fartgate https://t.co/DNjUfORsWC

And of course, because the internet is the internet, someone has already made an “Eric Swalwell’s Fart” twitter account (from the perspective of the fart, of course), AND incorporated our new forever fave – Baby Yoda – into the fart meme phenomenon.

Me looking up at Eric after he farted me. #fartgate pic.twitter.com/NK6tcyWF6x

Whoever farted, I just want you to know that you have my love and support. Everybody poops. Everybody farts. And while embarrassing for a moment, think of the joy and laughter that you have brought to millions of people during these darkest of days. I hope you take comfort in knowing that your gastrointestinal issues helped bring a fractured nation back together, even if for a brief moment. We owe you, and your sphincter, our undying gratitude.