Fantastic Four Could Have Been Very Different | The Mary Sue

That Fantastic Four Reboot Could Have Been Much More Interesting

We could have had it allllllll... 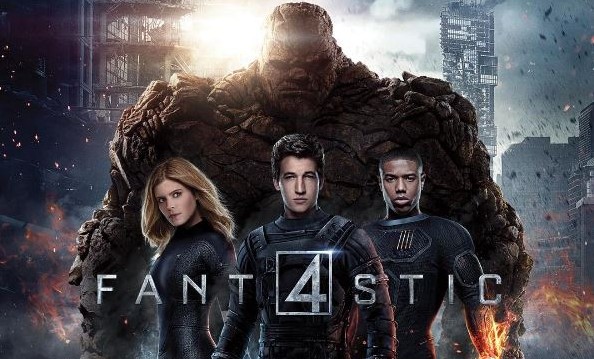 I know we don’t like to talk about last year’s Fantastic Four reboot (with good reason) but the original premise sounds so much better than what was released. c In an interview with Screen Crush, screenwriter Jeremy Slater reveals the very expensive vision he had for the film which has grossed less than $57 million in the U.S. to date.

For starters, the tone would have been a lot brighter than the gritty, DC-esque vibe director Josh Trank went for. Slater preferred a movie with “lots of humor, lots of heart, lots of spectacle” while Trank was very much into something that was “grounded, gritty, and as realistic as possible.” Never mind Reed Richards’ super stretchy arms, Johnny Storm’s flaming disposition, Sue Storm’s disappearing act and Ben Grimm’s rock hard body—all of which scream “gritty.”

The biggest difference, however, would have been the handling of the villainous Doctor Doom who, in the 2015 film, somehow comes off as a knockoff Kylo Ren despite appearing in both comics and on screen many years before him.

“We had Doctor Doom declaring war against the civilized world, the Mole Man unleashing a 60 foot genetically-engineered monster in downtown Manhattan, a commando raid on the Baxter Foundation, a Saving Private Ryan-style finale pitting our heroes against an army of Doombots in war-torn Latveria, and a post-credit teaser featuring Galactus and the Silver Surfer destroying an entire planet. We had monsters and aliens and Fantasticars and a cute spherical H.E.R.B.I.E. robot that was basically BB-8 two years before BB-8 ever existed. And if you think all of that sounds great…well, yeah, we did, too. The problem was, it would have also been massively, MASSIVELY expensive.”

Meaning 20th Century Fox was not about to fork up the hundreds of millions of dollars it would take to pull that off. So instead, we were left with a jarring script that took itself way too seriously for such a family-oriented group of characters.  I’ll admit, the plot does sound quite similar to the big fight in Avengers: Age of Ultron but boy was that fun to watch in IMAX.

Slater, who still received credit despite only one of his lines making it into the actual film (“Don’t blow up,” when a teenaged Reed tests his homemade teleporter for the first time), wrote about 10-15 drafts of the script over six months before leaving the project. If that sounds odd, it’s apparently quite normal for huge Hollywood blockbusters like this.

This revelation doesn’t change anything, but it does make one think about what could have been.