Fanfiction and Fanart: The World Beyond Fifty Shades of Grey | The Mary Sue

Fanfiction and Fanart: The World Beyond Fifty Shades of Grey 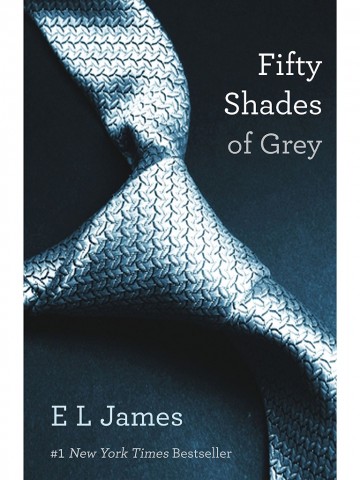 2015 has been, in some ways, the year that fanfiction came into the mainstream. Whether you love or hate Fifty Shades of Grey, the film made a big splash at the box office and Grey, the retelling of Fifty Shades from Christain Grey’s POV, shattered book sales records. Speculation popped up in major news outlets asking if Harper Lee can beat Grey in sales. Harper Lee! Spoiler alert: To Set a Watchman sold 1.1 million copies in six days vs. Grey’s 1.1 million in four days. You win this round, Grey.

It’s not just fanfic that’s having a moment, though. Fanartists are starting to see their work bring in real money from outside the fandom world. Huge companies such as the BBC, Lucasfilm, Marvel, and Disney have all licensed popular fanworks in the last couple years, legitimizing fanart in completely new ways.

Even with a modicum of acceptance, though, most fan creators find it hard to shake the eyerolls or even downright offensive commentary. With this new wave of legitimacy, I wanted to talk to leaders in the fanfic and fanart worlds to get a better sense of what inspired them to create, how they feel about the higher profile, and how they see their work being devalued—not just in the media but from within the assumed safe space of fandom.

Community is a bit of a watch word in the fanfic and fanart communities, and for good reason. When I put out the call for fan creators, nearly everyone who answered—whether writers and artists themselves or just admirers—had a recommendation ready.

“Here is a piece of art I think represents me.”

Betty Days, an author in the Marvel and Supernatural fandoms, was one of the first to respond. She put the idea of community into perspective right away. She told me that, at a rough point in her life, she found herself without an outlet for all the feelings bottling up inside, so she decided to try her hand at Supernatural fanfic.

“I woke up the next morning to dozens of kudos and a handful of comments. I had never before written something so voraciously consumed by an audience, and perhaps that’s the biggest benefit to fanfic: You will nearly always have an audience. In a world where attention is a precious commodity, fanfic is a thriving economy.”

Another narrative that quickly emerges as you talk to fans and creators alike is the need to see themselves represented. That need—whether for more female characters, queer characters, characters of color, or really anything not seen enough in the mainstream—is partly what fosters that sense of camaraderie.

Like many people I spoke to, Anna Clutterbock-Cook, owner of maybe the best handle of all time (thefeministlibrarian), first started writing fanfic out of a desire to see people like herself represented in media: “Politically, I’m a feminist and queer woman who identifies as bisexual, and I’m in a relationship with a woman (married since 2012). So I’m both intellectually fascinated by the activity of engaging with source material in this way and personally invested in generating these narratives…” As a result, most fanfic she writes isn’t for worlds she’s a fan of but instead comes out of a want to “fill a niche” where she sees a lack of representation in a particular fandom.

In addition to the idea of non-canon relationships and slash (stay with me), race-bending and gender-bending are popular genres. 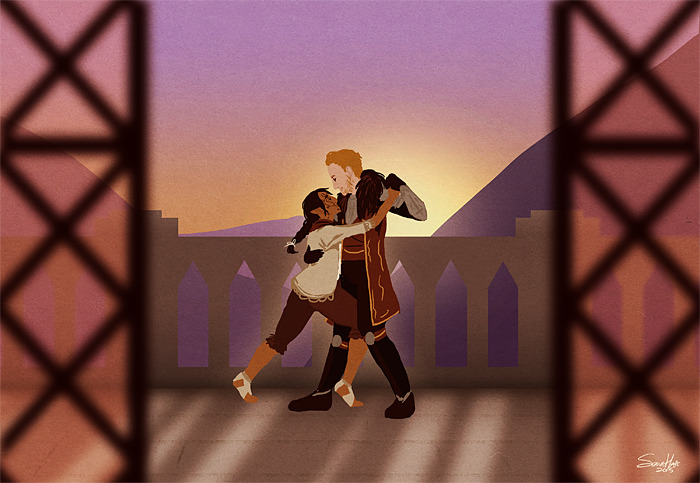 “I don’t do it much anymore, since I want to try to focus on canon characters of colour first,” explained artist Samantha Borje. “But I really enjoyed reading tags/comments on the [race-bent] work. One of my friends even said she wanted to try cosplaying as Kate Bishop from Young Avengers/Hawkeye after seeing my interpretation of her as East/Southeast Asian, and I loved that.”

Kiki Jenkins, whose gender-bent Supernatural artwork has evolved into a full-blown graphic novel called Idolon, thinks there’s a general misunderstanding about why she creates gender-bent works. 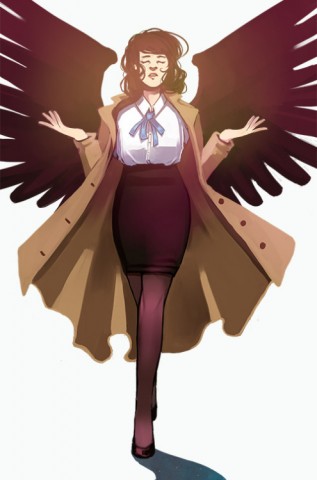 She said, “They think that I’m ‘unhappy’ that most of the Supernatural characters [are] male and that I’m someone who lobbies for them to be turned female. This isn’t at all true. I, like a lot of Supernatural viewers, believe that the show has done a disservice to their female characters.”

Not all is perfect in fandom

Like most communities, the fanworks world still has its issues when it comes to representation, especially in fandoms that are more white and male.

In the Dragon Age fandom, where Samantha Borje has recently begun creating art, there has been backlash against canonically straight characters becoming gay and against non-canon interracial couples. That type of reaction gives her pause when she chooses the pairings for her art: “Even if hostility is not directed towards me personally but I still see it happening, I feel much less inclined to make work for certain things. I think eventually I’d do it anyway, but in any case, it’s not very encouraging.”

On the flip side, some controversy recently erupted when a fan artist whose work had repeatedly been called into question as problematic supposedly tried to commit suicide as a result of online harassment from within the fan community.

I see you walking away. Nope; come back here, because I’m headed right to Dira Sudis—another Marvel fan author—who makes a fantastic case for why even objectively bad art has its place.

Sudis informed me that in librarianship—yes, another librarian—there are five laws. Number two and three are, “Every reader their book,” and, “Every book its reader.” It is a librarian’s responsibility to match the right book with every reader, regardless of her own opinion of the story.

Sudis went on to link the idea of bad fanfic with representation, saying that even the most cringe-worthy stories might have a deeper connection for some readers:

Somewhere out there is a person who genuinely actually needs to read that badly punctuated story about two Transformers getting it on…Maybe because their gender identity or sexual orientation or abuse history or some other thing going on in their life makes them feel uncomfortable thinking about sex involving squishy vulnerable human bodies, and robots having sex helps them to express, or understand, something about their own identity or desire that they can’t get at any other way.

Think Before you Devalue

Let’s go all the way back to this past summer when E.L. James participated in an epically doomed Twitter Q&A with fans. It didn’t take long for people to utilize the #AskELJames forum to wittily dump on the author about her problematic portrayals of violence and sex. I laughed; the internet laughed. It felt like karma, but then Britta Lundin wrote an article about how the incident exposed the more sexist and ageist views that feed into anti-fanfic sentiment.

In a fascinating essay in 2009, Dira Sudis drew parallels between Joanna Russ’ mind-blowing book How to Suppress Women’s Writing and the criticisms often heaped on fan authors. Arguments like, “She wrote it, but look what she wrote about,” “She wrote it, but she isn’t really an artist, and it isn’t really art,” and, “She wrote it, but she shouldn’t have,” are all pretty standard when the media discusses fanworks. A woman’s work is always “less than,” and just like the crueler #AskELJames tweets, there is an undercurrent of, “How dare you be a woman making this thing?”

Unsurprisingly, all of the creators I spoke to were conscious of a certain devaluation of their work. They were, however, quick to point out that devaluation doesn’t just come in the form of overtly offensive comments from outsiders, but also from within fandoms themselves, where the idea of fan fiction and fan art are thrown out as synonymous with worthless filth.

Even on the con circuit—a place you’d think voracious fandom would be welcomed—Kiki Jenkins has seen a rising trend of “bad fanfic” readings. Sometimes, explicit erotica is forced upon talent to read aloud in order to elicit an embarrassed and negative reaction.

“I get disappointed at people who treat us like zoo animals,” says Betty Days. “Who are interested in our culture and our words and the way we work, who study it under a lens and then show it to their peers like, ‘look at these weirdoes, what freaks.’”

It’s a sentiment most cultures or movements might feel and never get a chance to state outright, but it gave me pause. I’ve done that. I’ve engaged in “hey, let’s read bad fanfic” behavior without giving a thought to the creator or how much heart might have gone into those two sentences that send me into a fit of giggles. I’m a writer, and I do that. I should know better.

Perhaps even more importantly, the fanfic and fanart communities are overwhelmingly female and without the need to please anyone but themselves and other fans (i.e. no studios, no networks, no publishers), they have the agency and freedom to create works that speak to that experience—to tell stories wholly through the female gaze. Where in any type of media can that be said?

Rachel Crouch (@racrouch) works in film by day and writes by night/while she’s on the phone/on her lunch hour. Nothing makes her happier than breaking down gender in media, Star Wars, and doing Madeline Kahn impressions. She is currently a contributor over at Everygeek.net and was once a Babe in the Woods.