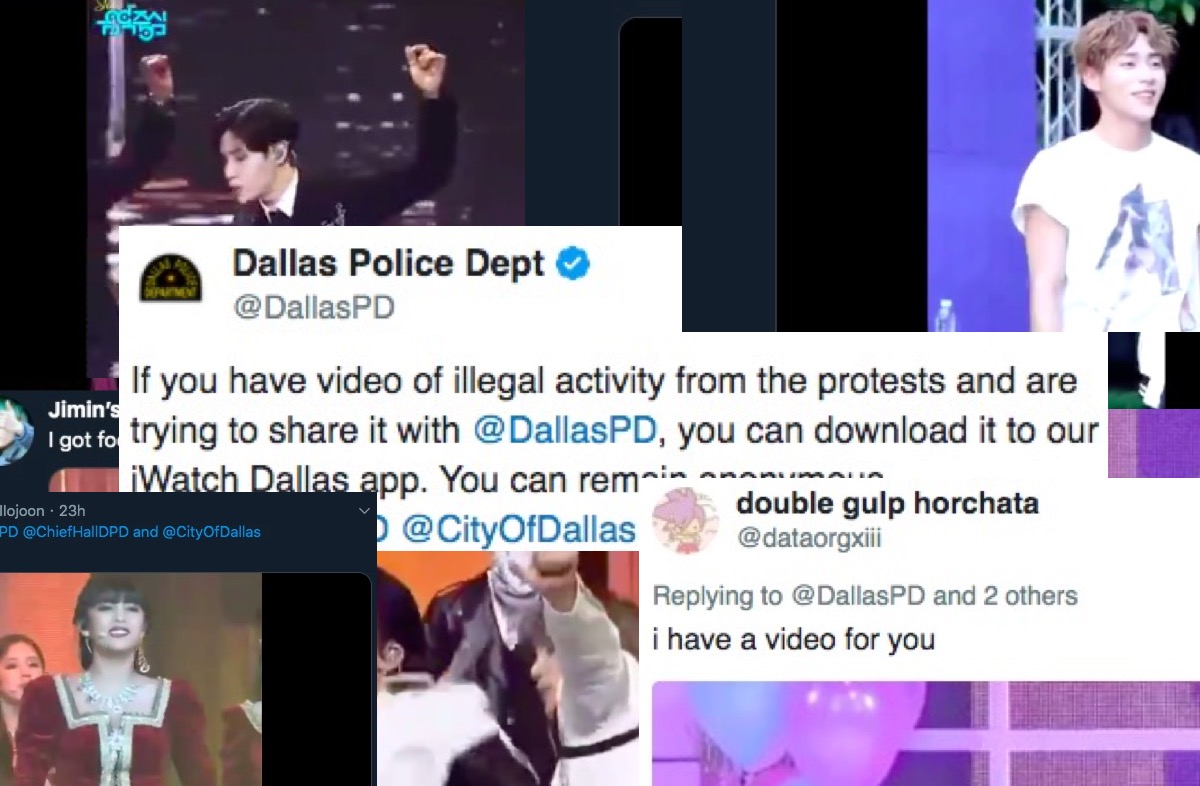 The fancams have finally used their powers for good! The video phenomenon that started with K-Pop fans obsessively sharing videos edited to single their favorite performers out of groups (and since adapted to feature all kinds of stars) often sees Twitter hashtags become inundated with these videos to an absurd extent, but they came in handy when the Dallas Police asked people to narc on protestors.

If you have video of illegal activity from the protests and are trying to share it with @DallasPD, you can download it to our iWatch Dallas app. You can remain anonymous. @ChiefHallDPD @CityOfDallas

If you click through the replies, many are filled with these fancams instead of any kind of response, and you know what? GOOD. Send in your fancams, continually flood these kind of responses from police departments and make them just as useless as any other fancam-filled section of Twitter!

i have a video for you pic.twitter.com/UVLUY25y9K

I got footage of a criminal right here

It also drives home the messaging online that when posting videos or pictures, everyone should be covering the faces of protestors. For fear of retaliation, many are calling for those at the protests who have video footage to please blur the faces of those in attendance and make sure that no visible tattoos or defining characteristics are available. (Here is a helpful link from Vice on how to do so.)

Cops have escalated situations in major cities like Los Angeles, New York, Minneapolis, Seattle, and more. Those who cannot march (or even those who have, and have also gone online to protest and share their footage) have taken to protecting those out on the streets against the cops who clearly want to arrest protestors—which is clearly the end goal of the Dallas police asking for the videos of “illegal” activity.

The iWatch Dallas app, in return, was flooded with fancams and random videos from the internet to make it difficult to weed out footage from the protests. Whether or not the fancams were the reason, the app did stop working, so we’ll consider it a win. 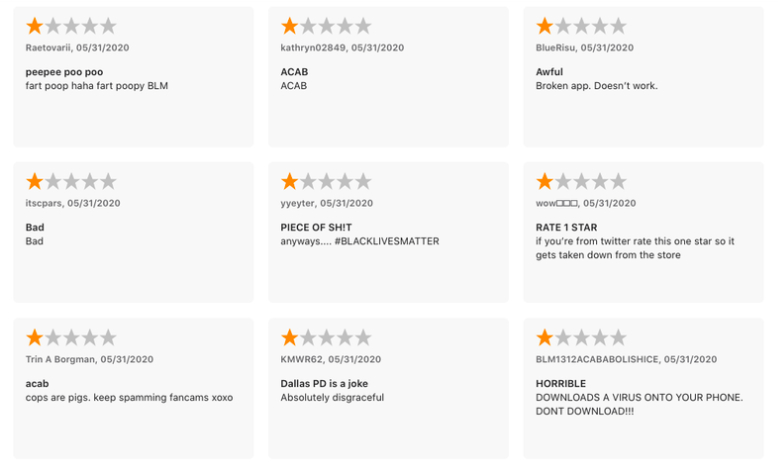 Needless to say, things like this delight me. It’s been a strange world on fan Twitter, with many relying almost too heavily on what their favorite celebrities say or do, but using the skills that fan Twitter has taught them to take on things like this? That’s something I can get behind.