Pop Culture Pumpkin Spice: 10 Spooky Movies and Shows to Get You in the Fall Mood

There’s a chill in the air. The wind is picking up. You’re ready to get your favorite sweater out at last. That’s right, it’s finally fall! After a long and very (VERY) hot summer, the days are getting shorter and it’s time to get in the mood for the season. And what better way than some movies and television that ate the pop culture equivalent of curling up something spicy and warm on a rainy day. 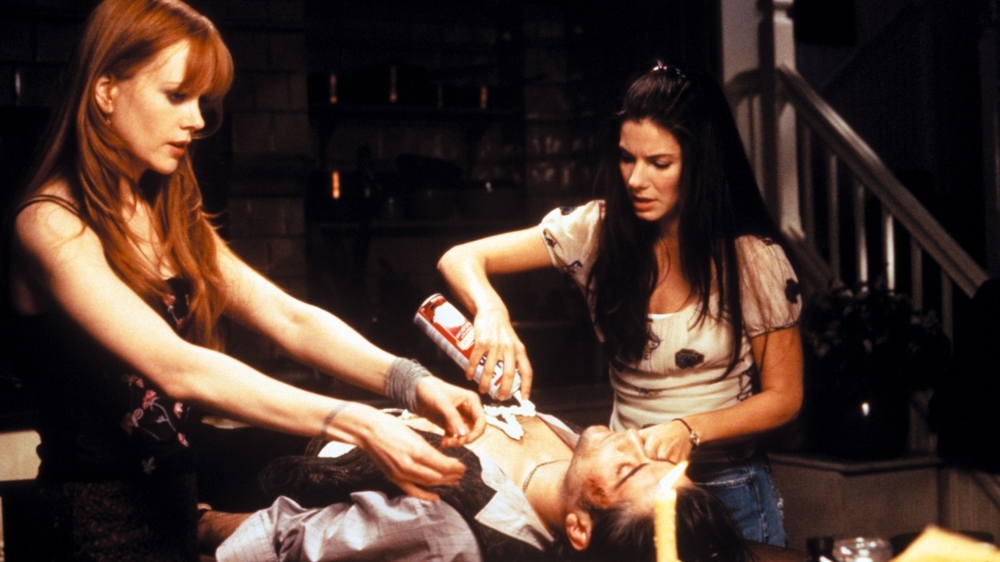 This will always be my first and foremost fall favorite. Every year, when it’s finally cold enough, I take an afternoon to bake pumpkin bread (I add just a bit of brandy and ginger) and watch this 1998 classic. It’s not a great movie by any stretch, but it has a rare mix of elements that I just love. It’s a story about a family of witches, cursed for generations to see the men they love die, relegated to outcast status on in a quaint town the likes of which only really exist in our imaginations.

Starring Nicole Kidman and Sandra Bullock at the peak of their romcom prowess, it’s a movie that’s magical in so many ways. From a perfect Stevie Nicks gilded soundtrack to a pair of aunts that I still believe to this day to be happily married lesbian witches, it wraps you up like a hug from an old friend. Most unique is that, while there is a romance, the real love story at the core of the film is about the connection between two sisters who proved that true love can break a curse years before Frozen. Recently added to Netflix, it’s a great first step into the season.

TV Land Bonus: In the mood for a quaint town and seasonal wonders for the whole year? Stay on Netflix Gilmore Girls: A Year in the Life. Sweet as a pumpkin spice latte and just as realistic (not at all), Autumn is great and the whole revival is a season dream. 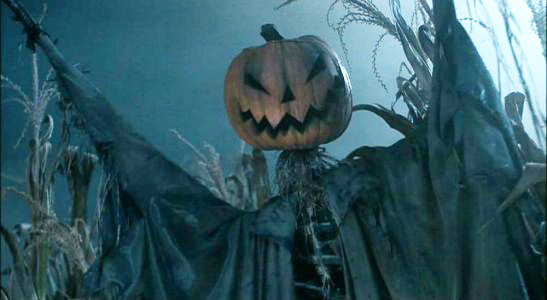 Let’s ignore for now how problematic and repetitive Johnny Depp and Tim Burton have become and look back to when they were at the peak of their goth perfection. There are a lot of spooky Burton classics that we could include here but Beetlejuice can be enjoyed all year round and Edward Scissorhands is really a Christmas movie. Sleepy Hollow though is filled with pumpkins, gnarled branches and barren fields that jump off the screen, screaming autumn.

This very loose adaptation of the Washington Irving short story sees Ichabod Crane as a too-smart but squeamish detective, rather than a school teacher, sent to solve the mystery of the headless horseman. There are nods to the original and the classic Disney Cartoon, but it’s really its own thing. I love Sleepy Hollow because, in most ways, it’s completely unironic and handles magic, murder and gothic mayhem with equal grandeur and aplomb. It’s a spiritual descendant of Hammer Horror, right down to the gallons of blood that spurt like hot wax over the screen and it’s brilliant in that way.

Spooky, funny, featuring a relatively restrained Depp performance, as well as great turns by Miranda Richardson and a supremely creepy Christopher Walken, it’s well-plotted Halloween classic that’s still gets me in the mood to carve … some pumpkins.

TV Land Bonus: Can’t get enough striking visuals, gory murder and socially awkward detectives? There’s three delicious seasons of Hannibal just waiting for you and it would be rude not to give them a look. 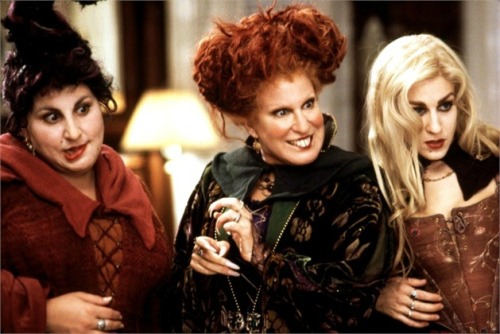 Speaking of Halloween and witches, no fall watch list would be complete without this classic. Maybe it’s the nineties child in me talking, but Hocus Pocus is perfect. From the gorgeous visuals of autumn leaves and trick or treaters, the great music and comedy, to a performance from Bette Midler that should be entered into the Smithsonian. This is one of those movie that when you flip by it channel surfing, you must watch. You may be in your uggs and have your PSL in hand, but it’s not fall until you’ve watched this one five times on cable.

If you’ve never seen the tale of the Sanderson Sisters, who return for one Halloween night to wreak havoc on an idyllic Salem, you’re missing something in your life. Not only does it include a pre-Sex in the City Sarah Jessica Parker, but there’s also talking cats, friendly zombies and did I mention Bette Middler chewing the scenery with buck-teeth and so much energy that you’ll be a bit sad when (spoiler) the evil witch finally gets her due?

TV Land Bonus: Can’t get enough of magic and talking cats: Throw on an episode of Sabrina the Teenage Witch and contemplate the possibilities if she ever finds her way to Riverdale. Need a different three sisters? Charmed is always there for you.

Back to Magic School …

Harry Potter and the Sorcerer’s Stone Yes, it’s the worst Harry Potter movie, but there’s an innocence to this first installment in the series that takes you back to childhood and the wonders of a new season of magic and color. Even though it spans a year, it’s supremely autumnal like so many of the others on this list … and if you’ve seen it a thousand times, how about a deeper cut?

The Worst Witch. Starring Fariuza Balk in her first witchy role, long before she learned The Craft, this proto-Potter film has a scenario so close to Hogwarts, it had to be an influence. Join Mildred Hubble, the least talented Witch at her magical academy as she faces down mean girls and other threats and earn the respect of The Grand High Wizard in one of Tim Curry’s most, well, Tim Curry roles. If you don’t have time for the whole movie, make sure to add this to your Halloween play list.

TV Land Bonus: Over the Garden Wall. This surreal and beautiful animated series is another tale of young people thrust into a magical world. Eerie and surprising, the limited series tells a complete story and is the essence of fall distilled into two-dimensional form.