15 Geeky Movies To Look Forward To This Fall, Plus Paddington

But what of Dolphin Tale 2, you cry? 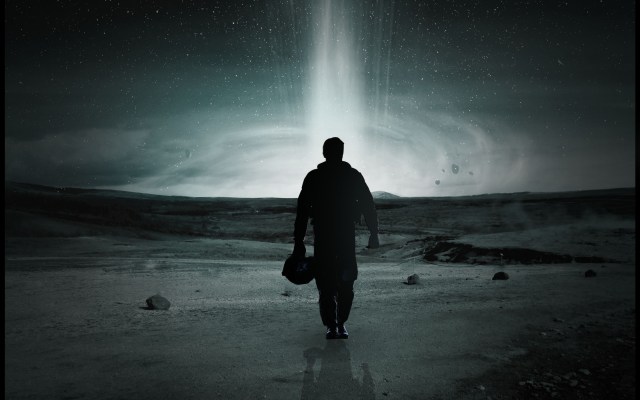 There’s a lot to anticipate in the world of geek films between now and January. Trashy trolls! Benedict Cumberbatch! Nightmare-fodder Paddington Bear! Excepting that last one, there’s a lot of goodness in the stars for movie-lovers this Fall; here in order of release date are 15 of the offerings I’m most excited for.

This indie musical movie is out today in theaters and on VOD, and by God does our own Rebecca Pahle ever want you to see it. If Rebecca’s word and the delightful trailer don’t sell you, maybe the movie’s credentials will: it’s directed by Stuart Murdoch, co-founder of Belle and Sebastian, and co-stars Game of Thrones‘ Hannah Murray. It may not be apparent in the trailer, but Rebecca says God Help the Girl takes a refreshingly realistic look at mental illness; that and the obviously awesome soundtrack have me definitely intrigued.

Is this a thing we should care about? WHO KNOWS! I’m not familiar with the post-apocalyptic science fiction trilogy by James Dashner that The Maze Runner is adapted from, but judging by clips that have been released, the film looks like pretty standard Y.A. dystopian fare—and that’s by no means a bad thing.

Starring the voice-acting talents of Elle Fanning and Game of Thrones‘ Isaac Hempstead-Wright, this stop-motion animation from production company LAIKA tells the story of a boy raised by trash-collecting trolls in the town of Cheesebridge. Judging from the maddeningly cute trailers, the LAIKA animators have only honed their skills of stop-motion wizardry since Coraline and ParaNorman. Who did you sell your soul to for these powers, LAIKA? WHO?

October 17th: The Book of Life

Guillermo del Toro produced this animated Mexican Day of the Dead movie, which reportedly features the voice acting talents of Kate del Castillo and Ron Perlman as characters based on Frida Kahlo and Diego Rivera. Ron Perlman as Diego Rivera…I’m going to need to see this for that to make sense.

This Studio Ghibli film based on the 10th-century Japanese folktale The Tale of the Bamboo Cutter was released in Japan last year and features a different visual style than fans of the beloved production company might be accustomed to. Color me (terrible pun intended) intrigued.

Based on the fantastic book of the same name by Joe Hill (Stephen King’s son!), Horns stars Daniel Radcliffe as Ig, a boy who gains strange powers after being accused in the murder of his girlfriend (Juno Temple.) The book was scary, heartbreaking, and hilarious; if nothing else the movie will have Radcliffe doing an American accent and getting pal-y with lots of snakes.

November 7th: The Theory of Everything

This James Marsh-directed Stephen Hawking biopic is based on Jane Hawking’s memoir, Travelling to Infinity: My Life With Stephen. Starring Eddie Redmayne as Stephen Hawking and Felicity Jones as Jane.

An adorable robot! An equally adorable child prodigy! Manga influences! Disney’s first animated Marvel movie should have it all, including my money.

This Morten Tyldum-directed film stars Benedict Cumberbatch as Alan Turing, the logician and mathematician who cracked the Nazi’s Enigma Code during the Second World War and later faced criminal prosecution for his homosexuality.

December 17th: The Hobbit: The Battle of the Five Armies

Will it be good? Meh. Will I see it? Absolutely.

December 19th: Night at the Museum: Secret of the Tomb

In a happier world I probably wouldn’t recommend this movie, but considering it’s the second-to-last time we’ll be able to enjoy Robin Williams’ presence on the big screen (the actor’s voice will also appear in 2015’s Absolutely Anything), I think I’ll feel compelled to watch.

December 25th: Into the Woods

Sondheim purists are obviously concerned over Dinseyfication of the beloved musical, especially following some disconcerting comments made by the composer himself. Nevertheless, Meryl Streep’s involvement and the intriguing stills released for Into the Woods have me excited.

HOW DID THIS TRAILER GO SO WRONG? I will by no means spend my Christmas watching a formerly dignified bear sniff his own earwax unless I hear that A. the above display was a cruel joke or B. Paddington is a combination of what-the-fuck elements and dubious choices so bad they have to be seen to be believed. Considering Nicole Kidman plays a sexy taxidermist,” Colin Firth pulled out of the film, and the trailer has already spawned a “Creepy Paddington” meme, I’m anticipating the latter.

What are you guys excited for in the coming months? I know there’s a lot of fine geeky fare out there that I simply didn’t have time to include–are you counting down the days to/possibly dreading anything? Have strong Paddington feelings you need help working through? Let us know!