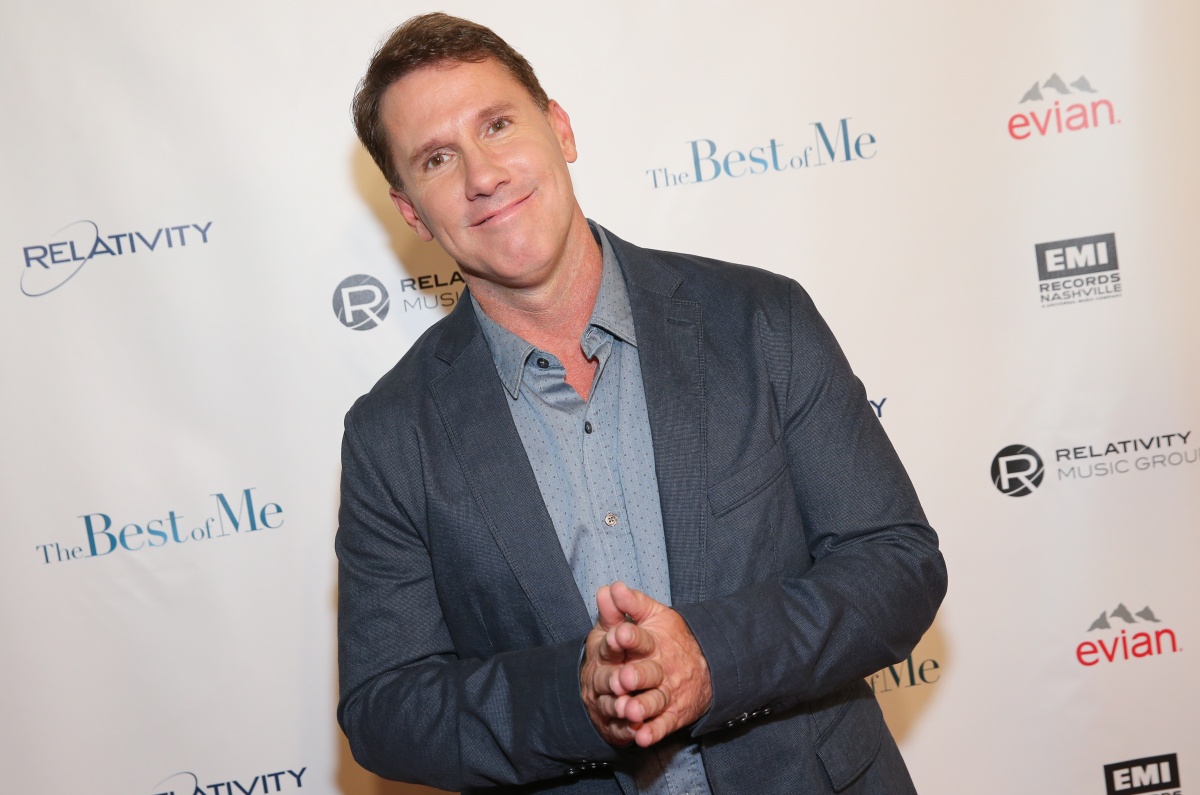 Nicholas Sparks, the “romance writer” best known for stories about sad white people on beaches and other scenic settings, like The Notebook and The Long Ride, helped cofound a faith-based prep school in New Bern, North Carolina, called the Epiphany School of Global Studies, which has been engaged in litigation since 2014 over alleged discriminatory practices against non-white and gay students, according to The Daily Beast.

Epiphany School of Global Studies is a small, faith-based academy focused on world issues “with an emphasis on language-learning, regular visits to other nations, and a shared understanding that ‘learning about the world’ was an integral part of 21st-century life.” That sounds like missionary-type activity to me, and that comes with its own problems, but that’s a whole other issue. According to the school’s mission statement, it’s “anchored in the Judeo-Christian commandment to Love God and Your Neighbor as Yourself.”

Remember that “Love Your Neighbor” bit, because that’ll be relevant later.

In early 2013, the Board of Trustees brought in Saul Benjamin, a Jewish-born Quaker, to be headmaster of the school. Beforehand, Benjamin had been a teacher at the Moroccan university Al Akhawayn. When he came to lead the school, he very quickly saw that there were major problems with its mentality when it came to diversity. The school was overwhelmingly white and Christian, with only two Black students, despite the county being 40% African-American. When this was brought up, Sparks allegedly attributed the school’s dearth of black students to the fact that they are “too poor and can’t do the academic work.”

There was another alleged incident when a member of Epiphany’s Board of Trustees, Tracey Lorentzen, who is also a defendant in this case, claimed that she would drive 35 miles to shop at the Wal-Mart in another area because “Only black people work at the New Bern Wal-Mart,” she allegedly said, rendering the facility “dirty”; the Havelock location better suited her since “white people staff that store.”

When Benjamin hired the first full-time African-American faculty member, Benjamin claimed the new hire was forced to deal with “unwelcome comments and increased scrutiny.” Then, when he arranged a school trip to Washington, D.C. to celebrate the 50th anniversary of Martin Luther King’s “I Have A Dream” speech and tried to talk with students about the school’s diversity problems, the Board of Trustees allegedly said his actions were “provocative.” When Benjamin appeared at an event with the president of the local NAACP chapter, Sparks allegedly confronted him, claiming the public association brought “disrepute to Epiphany.”

The homophobic conduct allegedly started in October of 2013, when Benjamin began to hear reports that students had been asking teachers questions about sexuality. According to the complaint, the kids had been gathering informally to discuss their own identities and orientations. When people heard about these conversations, bullying and harassment began to take place in the school in response. When rumors of a gay club started to circulate, the Board wanted it banned.

Supposedly, when two bisexual teachers approached administrators about the group, they were allegedly threatened with termination if they continued to press the issue. This ignore-and-hope-it-goes-away denial of the events seems to be a common way of dealing with things.

In November, apparently, two LGBT students approached Benjamin and informed him of their plan to stage a protest during chapel. Benjamin says he asked the girls not to protest, and in the Friday morning Chapel Talk, Benjamin spoke about bullying, and the school’s commitment to “loving their neighbors.”

The talk was apparently received poorly.

Sparks also wrote, “Regarding diversity, I’ve now told you half a dozen times that our lack of diversity has NOTHING to do with the school or anyone at the school. It’s not because of what we as a school has or hasn’t done. It has nothing to do with racism or vestiges of Jim Crow. It comes down to 1) Money and 2) Culture.” He also wrote, “People accept other people here; our first student here were Jewish [sic].”

Now, considering I’ve never seen any substantial people of color in a Nicholas Sparks romance novel/movie, I’m not surprised by any of this. He would be the kind of person who wouldn’t understand that money and culture are part of the vestiges of Jim Crow when it comes to the African-American community.

Benjamin, who has also filed a defamation suit, also alleges that Sparks spread rumors that he suffered from a mental disorder. “While I am not a doctor–and as scary as this may sound to you–I do believe that [Benjamin] is suffering from a mental illness of some sort,” the suit claims Sparks wrote in the message. “What that is–Alzheimer’s, a variance of bi-polar, something else–I have no idea.”

Sparks allegedly warned Benjamin against pushing the subject, suggesting it would be “wasting time on a side issue,” according to the complaint, and a Board of Trustees member claimed Benjamin was “promoting a homosexual culture and agenda.”

Sparks has, of course, denied the allegations. He attributes the deterioration of their working relationship to complaints that Benjamin was “aloof” and “elitist and dismissive of their beliefs or backgrounds.” He claimed Benjamin had secretly authorized an “official School LGBT club” against school policy, and that the headmaster was often dishonest in his dealings with the Board and was a liar.

The full emails, which are embedded on The Daily Beast, give a very clear image of the situation and at least show, at best, that Sparks has no problem ignoring and allowing microaggressions to flourish for the sake of quiet.