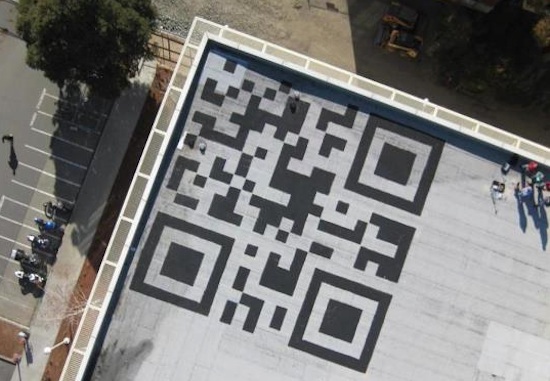 Facebook recently moved its headquarters and, in doing so, encouraged all its employees to help make the place feel a little more like home. Some painted the walls, others hung posters, and few led by Mark Pike, climbed onto the roof with painted a 42-foot wide QR code on the building. Why not?

Pike wrote this past Sunday that the enormous code was installed during the company’s Hackathon 29 event. True to form for a group of engineers, the QR code was placed in an optimal position to be seen by planes overhead. Someone even figured out that a shorter URL yields a simpler QR code, which led the group to purchase fbco.de, which the code apparently directs smartphones.

So next time you happen to be flying over Facebook’s HQ in Menlo Park, California, lean close to your window and see if you can spot it. Or better yet, if you happen to be one of the new NASA astronaut recruits, see if the code lives up to Pike’s hope that it can be seen from space. 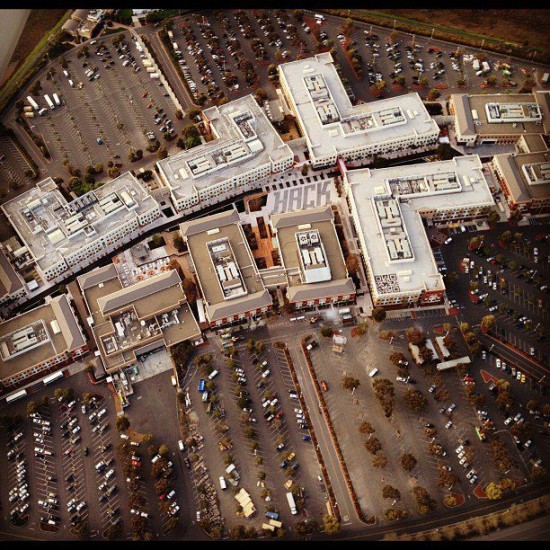