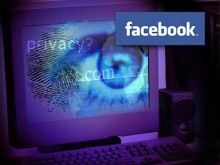 Facebook CEO Mark Zuckerberg may not have won many hearts and minds with his unapologetic, oddly PR-like Washington Post column yesterday, but this latest bit of news from TechCrunch Disrupt will surely win the company a few points for responsiveness: During a panel discussion, Facebook VP Chris Cox mentioned that the new Facebook privacy settings will be turned on tomorrow (he didn’t specify a time) and that the changes will be announced such that “you’ll know about it.”

Will they placate the critics? We’ll just have to wait until tomorrow and see.