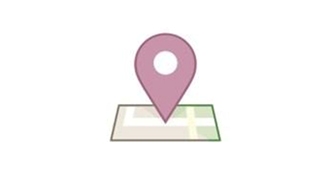 Facebook Places was announced in March, a geolocation-based answer to Foursquare, and today it officially launches. An updated Facebook iPhone app (TechCrunch has some helpful screenshots) went up for download last night, and users are already reporting the ability to broadcast their location to everyone they know as Facebook cautiously rolls out the “check-in” ability so as not to overload their servers.

Of course, if you don’t own an iPhone and live in America you’re out of luck.  (Or in luck?)  Places is currently only available in the US, and Android and Windows Phone apps, while promised, are not available yet.

Foursquare, that thing people use to let others know that they have left their house, can already integrate with Facebook, but we’re sure Facebook is happy to have an in house alternative running on their own servers.  And we do mean on their servers.  From PCMag:

Chris Cox, vice president of products for Facebook, also described a potential future where children of Facebook employees might visit a location and discover that it was where their parents had first kissed.

I think I speak for every mammal on this planet when I say: Bleeurrghh. Also: it hadn’t occurred to me before, but putting up a wall post or “checking-in” about your first kiss is now high on my list of reasons to hide someone from my feed altogether.

Included with this update comes a new Facebook mobile site, touch.facebook.com and the official icon for Places (above), which, as TechCrunch points out, might be a little derivative…