Over 7,000 People Tagged in One Facebook Photo, Winning a Guinness World Record 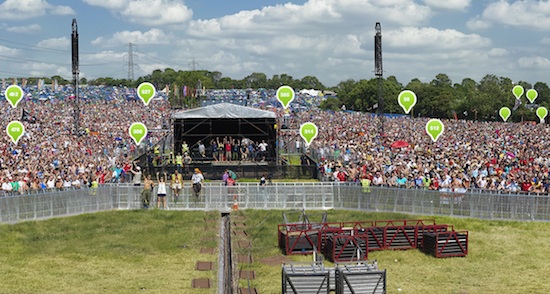 Over 7,000 attendees at this year’s Glastonbury Festival in England have collectively snagged a Guinness World Record for “Most People Tagged in an Online Photo.” The photo in question, taken by telecom operator Orange, was a whopping 1300 megapixels and contained more than 70,000 people, allowing festivalgoers to zoom in and tag themselves and their friends. The photo was taken during halftime in the England vs. Slovenia World Cup match on the first day of the event.

The two Hasselblad H4D-50 cameras used cost around $30,000 each, and have 50MP sensors which resulted in the 36 photos taken in under a minute flat, and later stitched together for a photo hi-res enough for people to zoom in on every single individual, to search for themselves and friends.

No idea how they could see if people were accurately tagged, however.