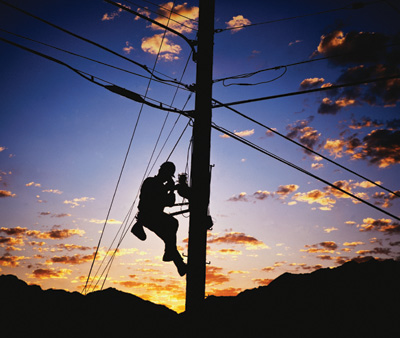 There’s a lot of talk these days about Facebook‘s radical steps to redefine what it’s users can expect regarding their privacy.  But are all that many people really leaving Facebook?

I haven’t, even after reading all of this stuff.  The thought process, which happens at least once with every new development, goes like this: “I should probably leave Facebook.  …But what would I replace it with?  Well, I’ll just go double check all my privacy settings again.” There isn’t anything else out there that does what Facebook does, with the community that Facebook has.

Danah Boyd has a very interesting article up on Apophenia regarding this feeling.  In a nutshell, her point is this: Facebook succeeded in its goal of becoming a utility.  But guess what?  Utilities get regulated.

Those working at Facebook should be proud: they’ve truly provided a service that people feel is an essential part of their lives, one that they need more than want. That’s the fundamental nature of a utility. They succeeded at their mission…

Utilities get regulated. Less in the United States than in any other part of the world. Here, we like to pretend that capitalism works with utilities. We like to “de-regulate” utilities to create “choice” while continuing to threaten regulation when the companies appear too monopolistic. It’s the American Nightmare. But generally speaking, it works, and we survive without our choices and without that much regulation. We can argue about whether or not regulation makes things cheaper or more expensive, but we can’t argue about whether or not regulators are involved with utilities: they are always watching them because they matter to the people.

Boyd points out that Facebook has already hired Tim Muris, a senior regulation official from the Bush administration, to defend its privacy policy.  Muris has a history of opposing greater business regulation.  This would seem to indicate both that Facebook is anticipating legal backlash against its changes, and that it would like to maintain an unregulated monopoly on social networking.

You can read the entirety of Boyd’s article here.