Number of Facebook Friends Correlates with Differences in Brain Structure 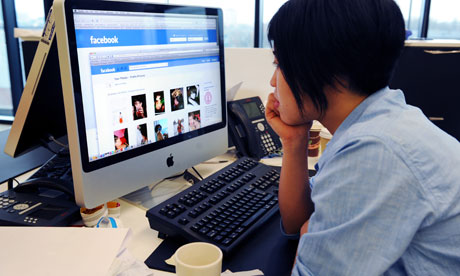 It’s a simple fact that there are two different groups of people on Facebook. Some of them are Facebook friends only with people they know in real life and some of them are Facebook friends with everybody they have ever seen and have hundreds upon hundreds of “friends” whose names they wouldn’t be able to place a day or two after confirming the friend request. Clearly, these are two different types of people, but how different are they? According to a study by researchers at University College London, number of Facebook friends correllates with the density of grey matter in the brain.

Now, before we get ahead of ourselves, it’s important to remember that this doesn’t necessarily suggest that social networking changes the brain; it could also indicate that brain structure affects social networking behavior. Still, it’s interesting to find that this connection is ingrained at a level much deeper than personality, a hardware level.

In addition to comparing the brain scans of the 165 volunteers against their Facebook friend count, Professor Geraint Rees, leader of the study, also asked volunteers about their number of real friends. The results were that in three places (the superior temporal sulcus, middle temporal gyrus, and entorhinal cortex), grey matter density correlated with Facebook friends, but not with real life friends. It only correlated with both in one place (amygdala).

What’s interesting is that the superior temporal sulcus and the middle temporal gyrus have been associated with picking up on social cues and reading facial expressions while the entorhinal cortex has been linked to face and name memory. Again, no telling if Facebook is exercising the social interaction parts of the brain or just calling out to people who have those strengths already, but it’s interesting to note that it generally doesn’t seem to carry over to the real world.

This is all well and good, but the real question is whether or not Facebook has the power to actually change brain structure, something this study can’t help us figure out. Rees has said that he’s been considering further studies that will track the brain structure of participants over time, which could shed some light on the subject. Whether or not social networks are actively altering our brains, I’m sure no one is going to stop using them. It should be interesting to see what the first generation of kids raised on the things will be like. Hopefully not broken.