Watch Who You Friend On Facebook, It Could Affect Your Credit Score 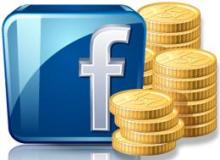 In this day and age, it’s pretty much a given that you should be keeping your social networking life somewhat under control because schools and prospective employers might be looking at it. But that’s not all, banks and creditors seem to be creeping in that direction too, because why let a little free information go to waste? As it turns out, there are plenty of things that creditors might like to know about you that, legally, they can’t ask, things like your race, your marital status, and whether or not you’re receiving public assistance. Also, having deadbeat friends who are yapping on about their inability to afford weed on their completely public profile probably wouldn’t help your case either.

At the moment, the ways in which your social media activity will affect your credit score are largely hazy and underutilized. There are, however, a few shining beacons of the terrifying insanity that may be on its way. Lenddo, for instance, is a Hong Kong-based micro-lender that asks for some unusual information: The credentials for your Facebook, Twitter, Gmail, Yahoo, and Windows Live accounts. Upon handing these over, it seems like Lenddo assimilates them into your Lenddo account proper where your score will benefit or suffer based on how financially stable your Lenddo friends are. If they default, it’s going to affect you negatively. Think about it this way, you’re going to do a much better job at stratifying your friends into socioeconomic groups than Lenddo is.

Oh, there’s another nifty feature too. Check out this text from the Lenddo FAQ:

Just because you get access to credit, does not mean you should borrow. Failure to repay will negatively impact your Lenddo score, as well as the score of your Lenddo friends. Lenddo MAINTAINS THE RIGHT TO NOTIFY YOUR FRIENDS, FAMILY AND COMMUNITY if the borrower fails to repay, however, this is only done after several notifications to the borrower and an attempt to work out a payment plan.

The emphasis is theirs. They mean business. Of course, Lenddo is a bit of an outside case. Hopefully this isn’t the future of banking, but it might be.

You probably won’t have to hand over the keys to all of your social media accounts for a loan any time soon, but you very well may be required, or — ahem — strongly encouraged, to verify your accounts. According to an article on Betabeat, Matt Thomson, VP at Klout, says he’s been approached by the “the who’s who of banking” in regards to Klout’s social media technology. Lenddo CEO Jeff Stewart also reports that he’s been approached by these fellows, regularly. Fortunately for everyone, the Lenddo algorithm is proprietary. For now.

Clearly, some of the powers that be are interested in the opportunity. Equifax, a credit rating company, actually responded to Betabeat’s questioning on the topic, stating that:

“Our corporate development professionals are very aware of the opportunities to enhance our proprietary data and partner with companies who add value to the accuracy of our reporting, which helps our customers make better decisions prior to lending.”

All that being said, it’s time to start thinking about the way you social network, again. In fact, it’s best never to stop thinking about it actually. In a world where the words “share” and “connected” are used so frequently to describe the surrender of private information, it’s easy to get swept away in a feel-good whirlwind of complaining to the whole world that you just lost your job and are about to drink away the pain. I mean, why tell anyone who isn’t able to show up, commiserate, and buy you a few, right?