We’re Not Surprised: The Facebook Experiment Is Probably Illegal 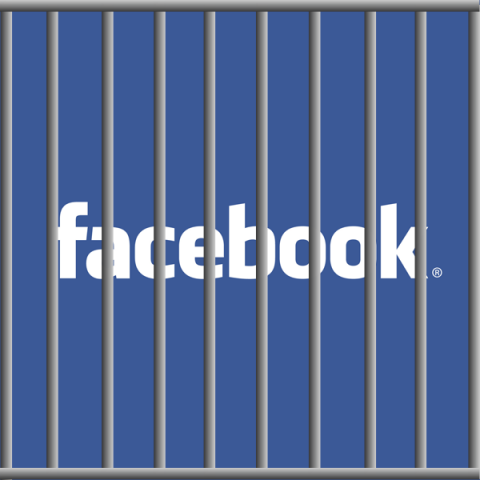 Over the weekend it was revealed that Facebook engaged in “psychological experiments” on hundreds of thousands of its users. Not everyone is as outraged by the news, but it seems pretty clear that those people are in the minority and that most of us would kiiiinda like to be asked first. Well, joke’s on Facebook, because despite their weasel-y excuses, they might have still broken the law anyway.

Facebook’s official stance is that because their terms of service require you to give consent for almost anything they might do with the information you provide, their choice to manipulate that information (and possibly you, emotionally) is completely fair game. However, legal scholar James Grimellman thinks that’s bunk. As it turns out, there’s a very specific federal law on the books that prohibits federally funded universities from conducting experiments just like this without informed consent from its participants. It’s called The Federal Policy for the Protection of Human Subjects (AKA The Common Rule), and it states that you have to have:

(1) A statement that the study involves research, an explanation of the purposes of the research and the expected duration of the subject’s participation, a description of the procedures to be followed, and identification of any procedures which are experimental;

(2) A description of any reasonably foreseeable risks or discomforts to the subject; …

(7) An explanation of whom to contact for answers to pertinent questions about the research and research subjects’ rights, and whom to contact in the event of a research-related injury to the subject;

While Facebook is a privately owned company, two of the the researchers that it worked with to write the paper are from federally funded major research universities with institutional review boards. Apparently the study was presented to an IRB at Cornell, which approved it “on the grounds that Facebook filters user news feeds all the time, per the agreement.” But they only approved the analysis of the data, not the collection, and it’s the latter that’s making onlookers upset.

Grimellman also points out that the paper claims that researchers never saw the texts of the positive and negative posts they were using to manipulate their users, but because this was an experimental study and not an observational one, that actually doesn’t matter. “We wouldn’t tell patients in a drug trial that the study was harmless because only a computer would ever know whether they received the placebo,” Grimmellman says.

Regardless of whether or not what Facebook did was legal or even justified, then, their decision to involve academia in their practices is still a big deal, because it invites a whole new level of ethical questioning that hasn’t yet been lobbied at the company. Grimmellman writes:

The sunlight of academic practices throws into sharper relief Facebook’s utter unconcern for its users and for society. The study itself is not the problem; the problem is our astonishingly low standards for Facebook and other digital manipulators.

Either way, you’ve got to agree on this: Zack Snyder’s decision to cast The Social Network‘s Jesse Eisenberg as Lex Luthor makes, like, a spillion times more sense now. Yaaaaay?