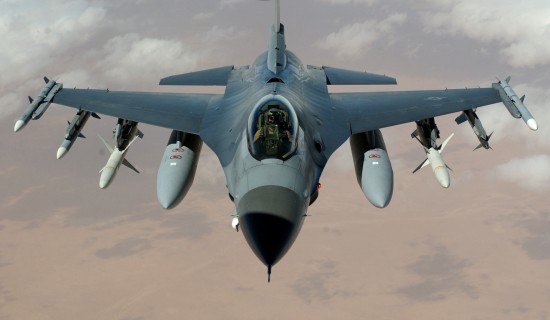 Most people probably assume that when nations go shopping for the tools of war that it is not entirely unlike a trip to the grocery store. Yes, there are complex contracts involved, but it boils down to the buyer giving the seller money in exchange for the seller’s wares. This is apparently not always the case.

A Reuters report indicates that in 2005, Lockheed Martin was prepared to sell F16 fighter jets to Thailand. Except that cash-strapped nation did not intend to pay with money, instead offering 80,000 tons of frozen chicken for the jets. Unbelievably, Lockheed Martin was ameinable to the exchange, perhaps hoping to make a killing in the frozen poultry markets. Sadly, it was not to be; a coup in Thailand ended the deal.

Lockheed Martin’s willingness to swap advanced aircraft for dead, frozen birds makes me wonder if this kind of deal wasn’t anything new to them. Perhaps foodstuffs for weapons is completely normal in the military industrial complex. Tanks for turkeys, bombs for burgers, flan for flame-throwers — the possibilities are endless!

(Reuters via Gizmodo, image via Wikimedia)