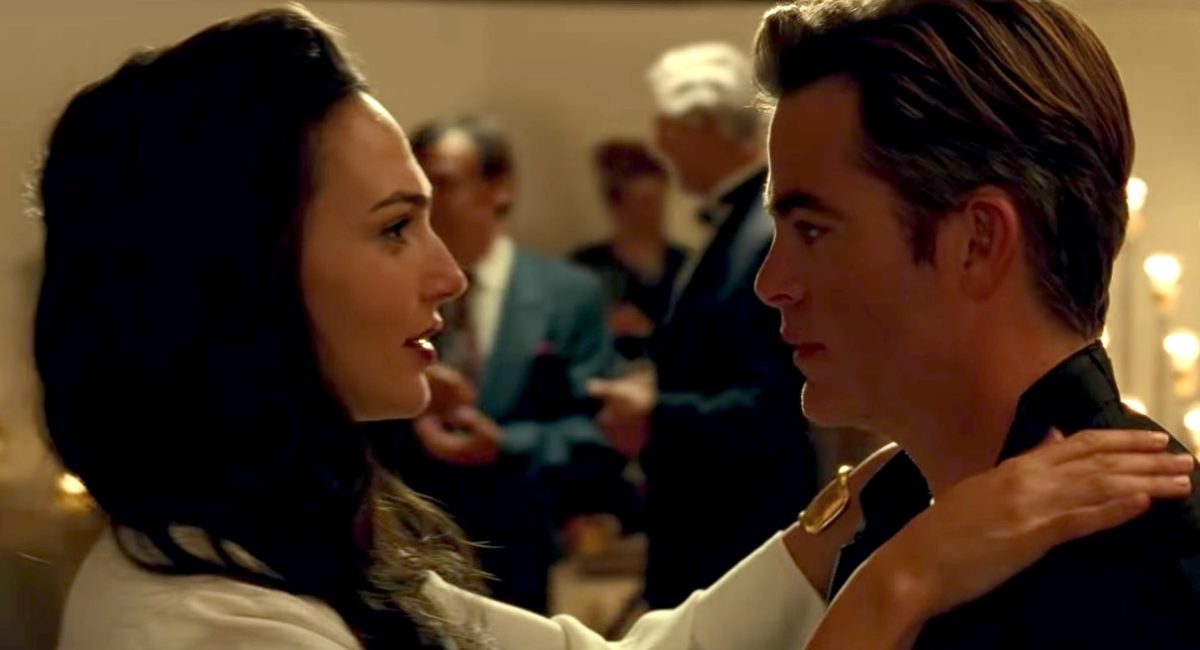 Steve Trevor and Diana Prince have been a favorite ship of mine for quite some time. In the grand scheme of Wonder Woman lore, Diana is bisexual, and while she’s had relationships with both Batman and Superman, Steve Trevor is her major male relationship of note. (Don’t get me started on the Batman/Superman/Wonder Woman triangle. I hate it.)

In the film world, Steve died in a plane explosion during 2017’s Wonder Woman, basically confirming that we have to keep men named Steve away from planes. But, in the new trailer for Wonder Woman 1984, we can clearly see that he’s back in Diana’s life … but how?

As we can see, there is a reunion between Diana Prince and Steve Trevor that has ominous undertones to it. From what I can tell, it seems as if Maxwell Lord (played by Pedro Pascal) brought Steve back for Diana, trying to lure her onto his side. This kind of confirms my inkling that he might also be Zeus, Diana’s father.

But the moment that really got me was their initial reunion. When Steve originally “died” during World War I, it was heartbreaking. He looked at Diana, who could not hear him at the time, and told her that he wished they had more time together and handed her his watch.

So, when they’re reunited? Steve hands her something to remind her of the last time they saw each other, and it is a beautiful ode to the last few things he said to her.

To be quite honest, it would go against everything in Wonder Woman’s lore to not have Steve Trevor come back to life. Whether it be as Steve’s grandson or the work of one of the gods, Steve is a constant in Diana’s life, and despite all of time and space, he continually finds her again and again.

And now, with their reunion and the very clear love they have for one another, it is clear that both Diana Prince and Steve Trevor in the DCEU have the same kind of connection that their comic book counterparts share. What’s even greater is that now, in the year of 1984, it’s Diana who has to show Steve around the modern world and teach him about everything.

On their first adventure together, Diana was, essentially, a fish out of water, but now, as Steve was last walking around during World War I, he doesn’t even know what a modern trashcan looks like. It’s going to be interesting to see how these two interact in a different era, and everything about this trailer has me excited for Patty Jenkins’ second Wonder Woman film. All I ask is that, at some point, Diana carries Steve like a bride.