Exclusive: Gaze Upon These Haunting Pages From The Handmaid’s Tale Graphic Novel Margaret Atwood’s classic 1985 book The Handmaid’s Tale has become part of the current zeitgeist due to the acclaimed Hulu series—and its discomfiting prescience in the ongoing fight for women’s rights. Now, Atwood’s story has been adapted by Renee Nault into a striking and unsettling graphic novel. Won’t you stroll the streets of Gilead with us?

Atwood explained for The Mary Sue why she thought The Handmaid’s Tale was given to an adaptation of this kind. “It is a very visual book. Some books would be very hard to adapt in this way, but The Handmaid’s Tale is awash in visual symbolism—partly because women in it are not allowed to read. So that’s one reason. Another is that graphics have connected with a whole other readership. And another is that it is simply intriguing to see what an expert visual/graphic artist such as Renee Nault would do.”

Nault, a Canadian artist and graphic novelist who often illustrates for the Los Angeles Times, was “hand-selected” by Atwood. Nault is well-known for her distinctive watercolor illustrations, which render each page into a work of fine art. I think Nault’s style works particularly well here—the delicacy of her lines conveying every shade of Gilead. The pops of color on the pages are impossible to look away from—especially the Handmaids’ now universally-recognized red outfit—and Nault shows scenes of brutality and intimacy (and brutal intimacy) with unflinching grace.

Exclusive to The Mary Sue, we have five pages from The Handmaid’s Tale graphic novel adaptation for you to gaze upon. 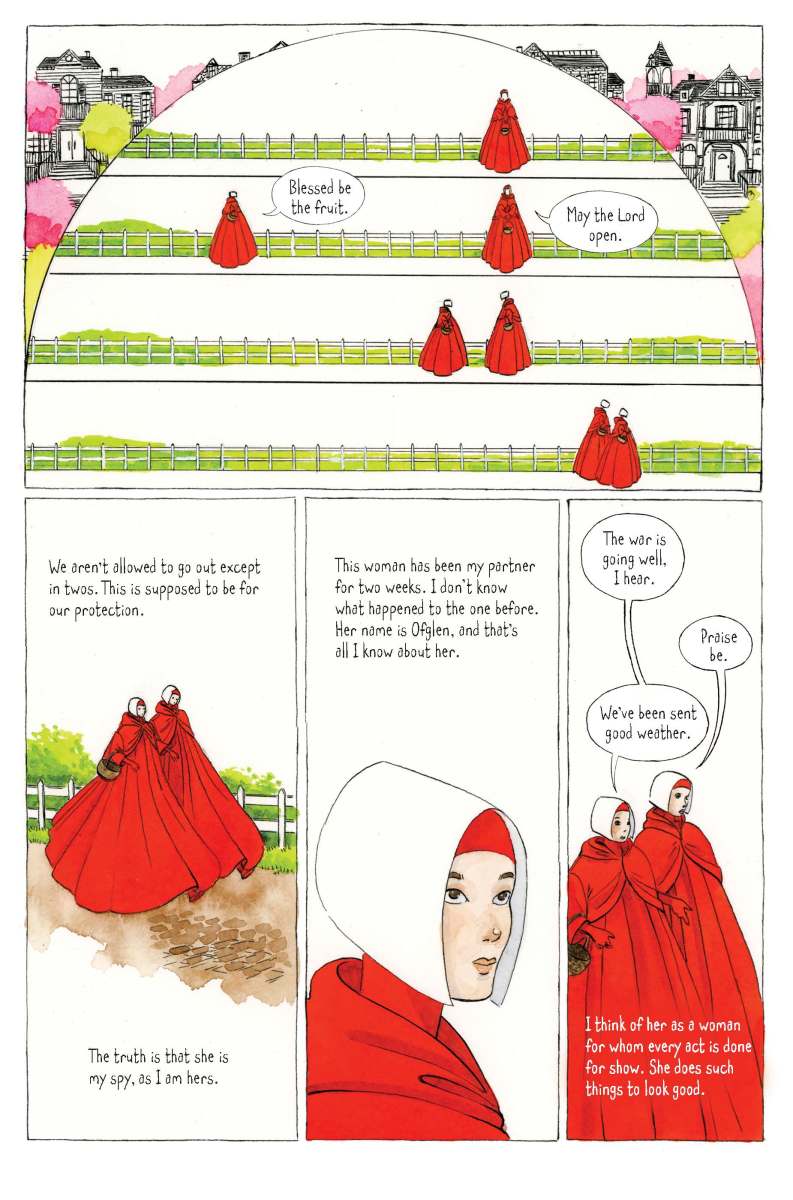 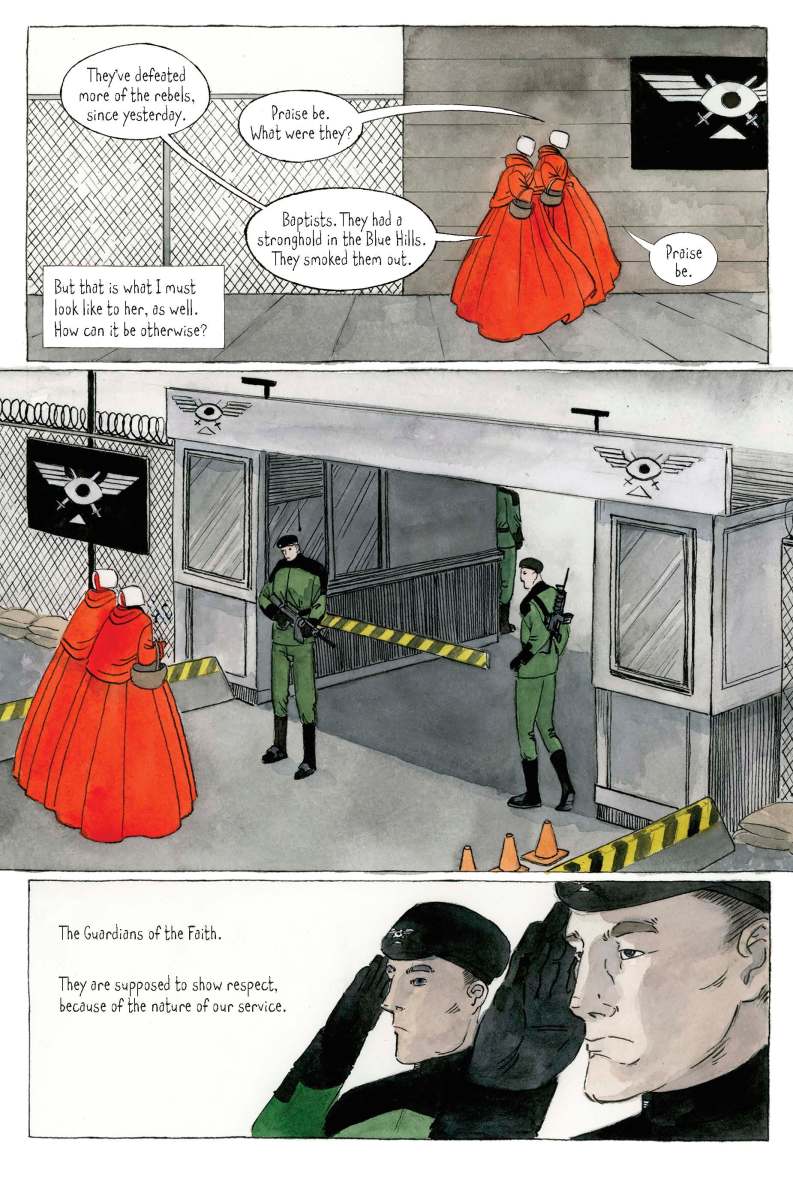 Atwood is thrilled that new generations of readers are finding their way to The Handmaid’s Tale in 2019—but she also wishes the cultural circumstances were otherwise.

“I am so touched by the interest of young readers,” Atwood said. “It has to do partly with the fact that the book is often taught in high schools, and partly with the huge success of the TV show … but also with the political times we find ourselves in, and the access people have to news from other countries. Authoritarianisms all have one thing in common: they roll back women’s rights. So the possibilities in The Handmaid’s Tale are no longer seen as theoretical by young readers, as they might have been in 1985.”

Nault’s illustrated take on the story proves to be moving and effective—I felt as though I was immersed in the narrative in a brand new way, seeing its sights as I never had before, and the watercolors are gorgeous. The Handmaid’s Tale graphic novel goes on sale March 26th, 2019. You can snag your copy here. 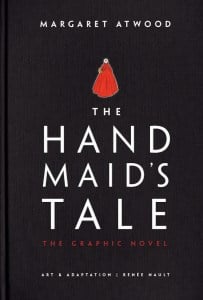