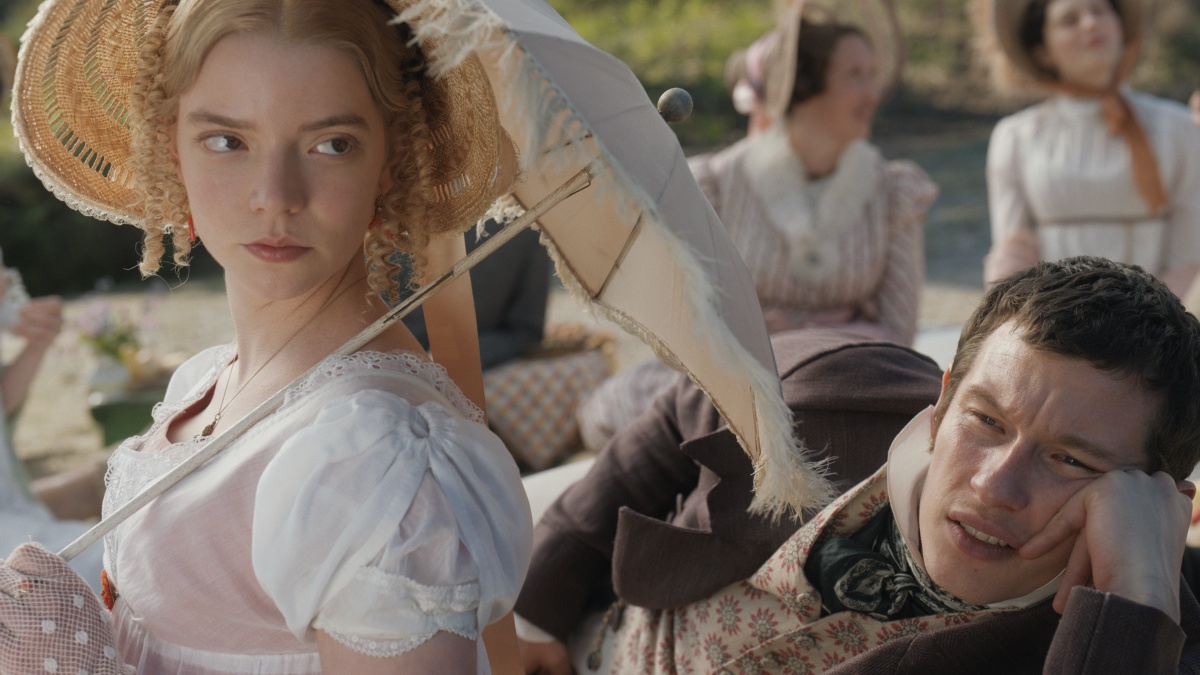 Autumn de Wilde’s film adaptation of Emma was a delight, and every time I rewatch it, I am compelled by how beautifully it drops us into Jane Austen’s world. Upon rewatching some other adaptations, I just kept being reminded of the lush colors that de Wilde uses, which is why I am so excited to be sharing this clip from Emma showing some of the behind-the-scenes work that went into the look of the film.

In the clip, de Wilde explains how a lot of people associate the color palette of the era with museum displays, but the colors scene there come from time. “You’d have to open the seams to see what the color really was,” she explains. “Color was a really important part of fashion.”

The adaptation stars Anya Taylor-Joy as the titular character of Emma Woodhouse, a unique Austen heroine in the fact that she is rich and largely without trouble, except that of which she causes for herself. When she takes on the lovely but naive Harriet Smith (Mia Goth) as her friend and project, she finds herself involved in the kind of small-town drama that period pieces are built upon. Also, Johnny Flynn as George Knightley is a delight in the role and has impeccable chemistry with Taylor-Joy that has only ever been matched by the 2009 miniseries with Romola Garai and Jonny Lee Miller.

The other beauty of this film, beside the writing, is the brilliant way it was shot and put together, which according to this behind-the-scenes clip, sounds like a collaborative effort featuring some talented women.

Stella Fox, art director, talks about how she has never worked with a director who was so collaborative. “We’re like a group of artists making something together as opposed to being a director, a designer, a decorator all in your separate categories.”

“You can go really far with color if you embrace it one hundred percent,” de Wilde says, and the images that follow with Emma’s blue gown really show just how alive this vision is.

With all our movie theater visits ground to a halt, Emma ended up being among the last movies I saw on a big screen before this whole thing struck. It’s a film I’ve only grown more fond of as I’ve thought about it, especially since it caused me to pick up the book again.

Jane Austen could have easily been a judge on Drag Race. She is vicious when it comes to a takedown.

If you have yet to see the film, I would highly recommend it. It truly gets better upon rewatching and perfectly gets the ridiculousness of the upper class, while still allowing us to have empathy for Cher Horowitz—I mean, Emma Woodhouse.

Emma is available on Digital, Blu-ray, DVD and On Demand Now. You won’t regret it.