Exclusive: Recipes From 'Break an Egg: The Broadway Cookbook' | The Mary Sue 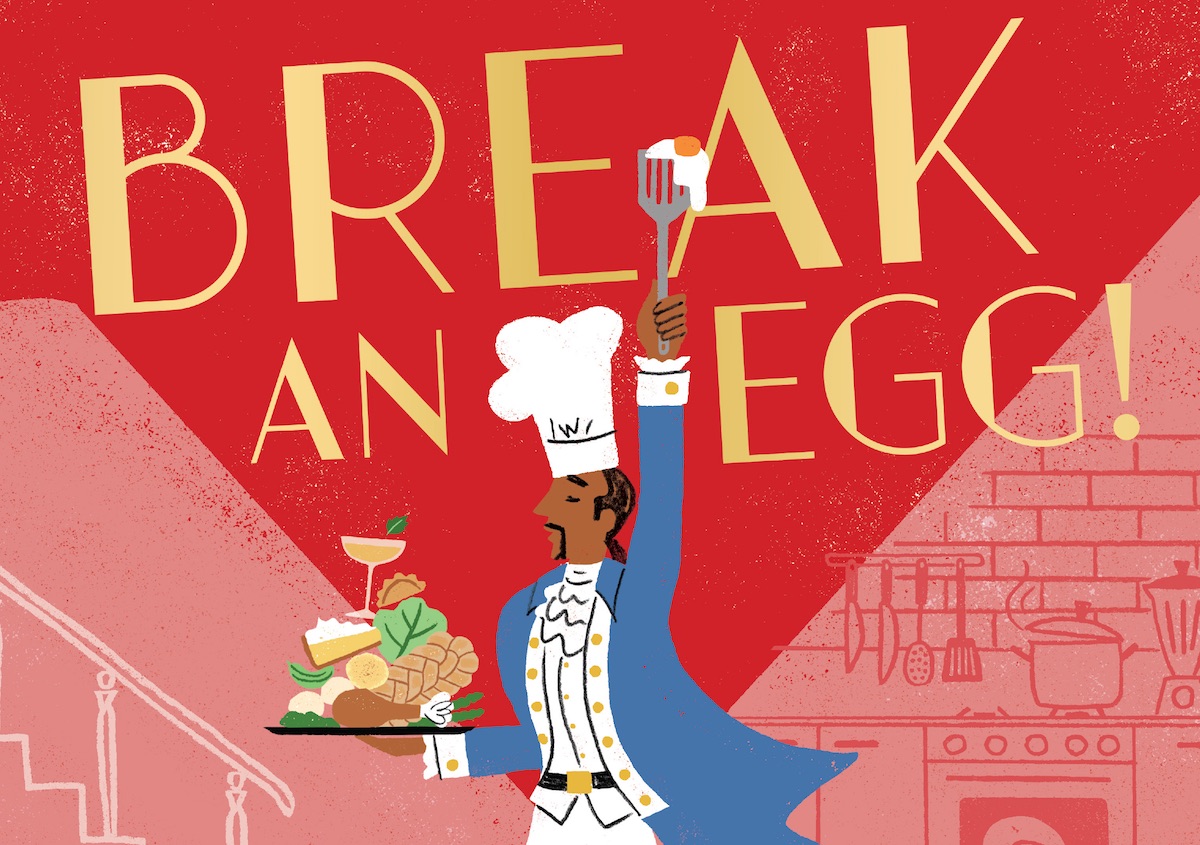 Author Tara Theoharis’s cookbook with recipes inspired by classic musicals, Break an Egg, is coming out on September 1st, 2020, but we can share two of the tasty recipes to get your Broadway cooking on posthaste.

Theoharis also writes the popular blog The Geeky Hostess, “a fandom-inspired recipe and party site,” and she definitely knows her musical theater geeks. I gasped at the Spring Awakening-inspired oysters, which are called, perfectly, “Totally Shucked.”

We’ll have that recipe and another for Laurey’s famous tarts from Oklahoma!, but first let’s take a look at a few of the other recipes titles that will be available in Break an Egg. The cookbook seems like it will be the perfect gift for theater kids in your life (maybe that’s you!) as well as anyone who likes a bit of punnery.

The recipes cover a range of food from appetizers to cocktails to dessert and back, and there are 55 recipes in all, “from Oklahoma! to Hamilton.”

Onward to the recipes!

This year, I fell head-over-heels in love with the Oklahoma! Broadway revival, a sexy, stunning update to the longtime classic. In the show, which I saw too many times for my bank account, an auction of ladies’ prepared picnic hampers becomes a dramatic show-down. The auction, ostensibly to benefit the schoolhouse, morphs into the tense turning point face-off between hero Curly and antagonist Jud Fry, both of whom are vying for the lovely Laurey’s picnic hamper. Laurey had baked gooseberry tarts, and in Break An Egg, you’ll find a yummy tart recipe—substituting strawberries and rhubarb for gooseberries, which may be harder to track down. 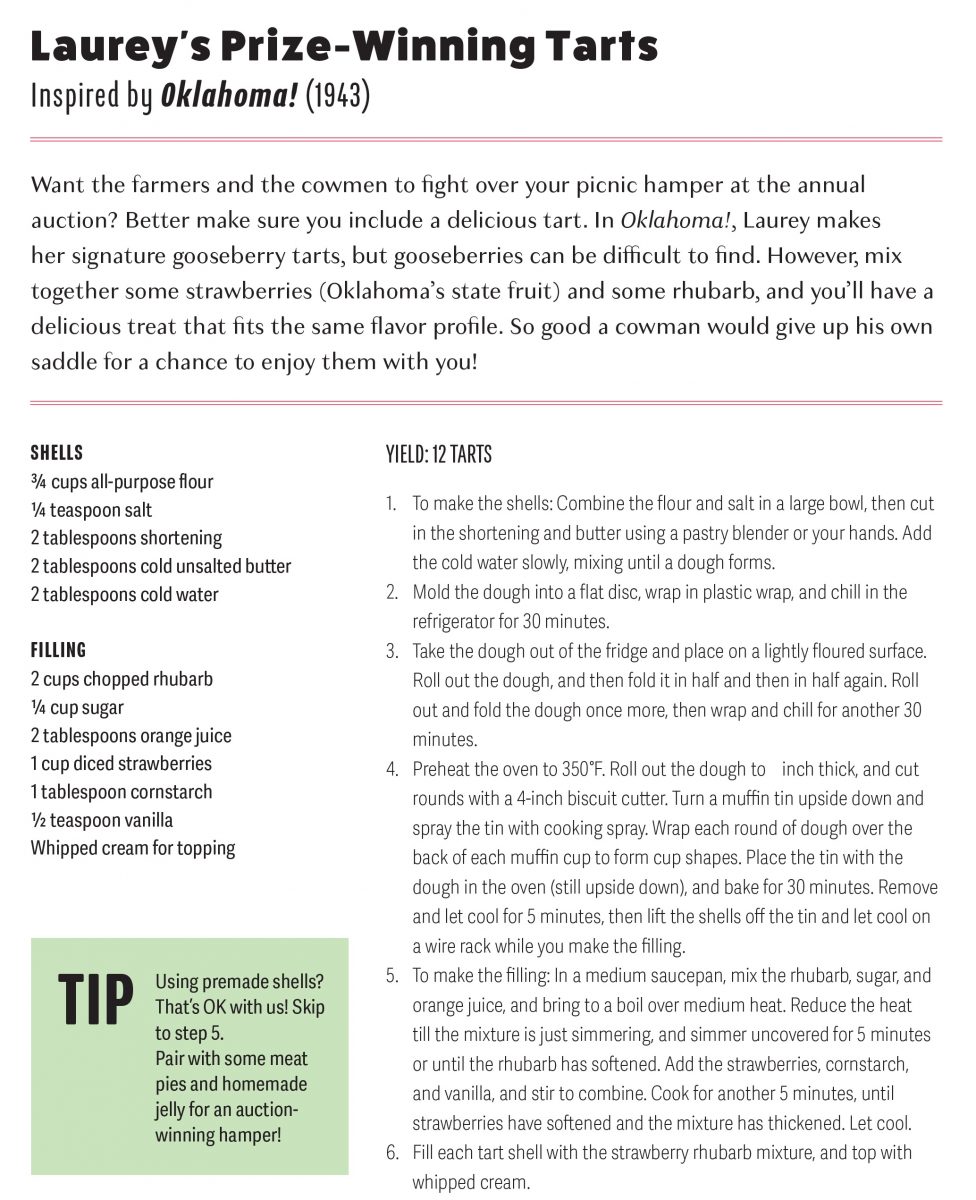 These look SO GOOD. 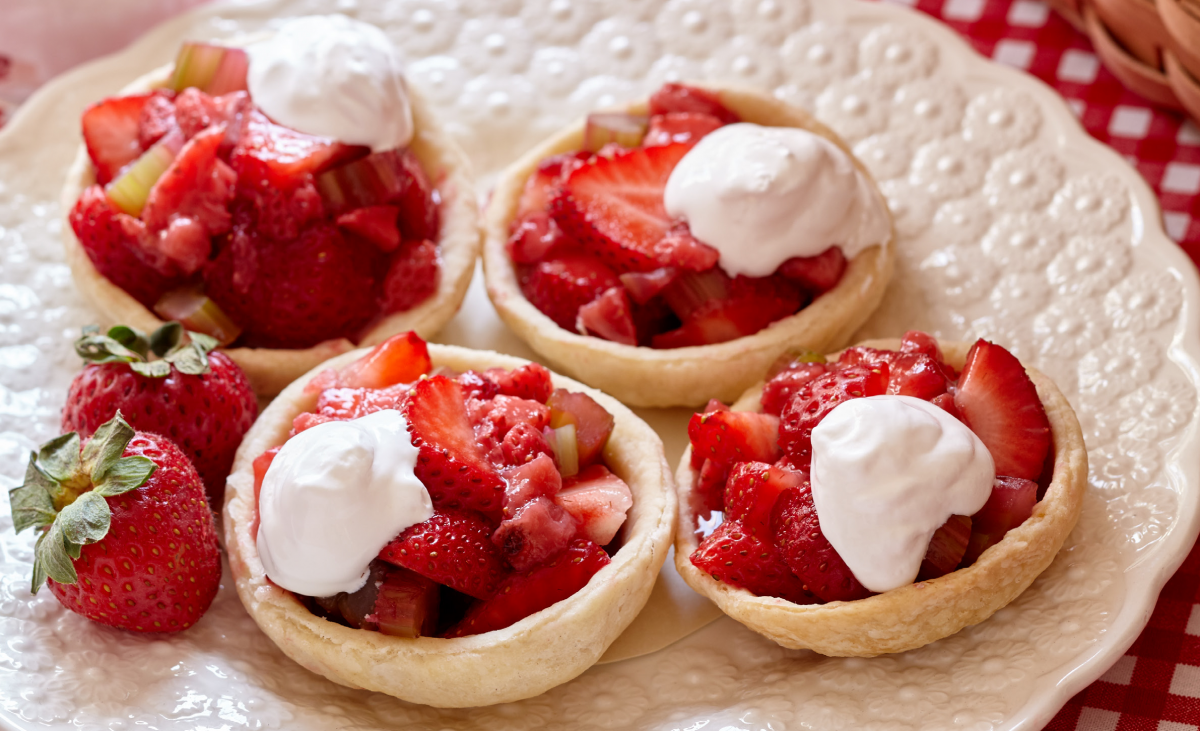 Now about those Spring Awakening-inspired oysters. Spring Awakening, the Duncan Sheik/Steven Sater rock musical based on an 1891 play by Frank Wedekind, is full of raging hormones and heaping doses of angst. One of the show’s stand-out songs (of many!) is called “Totally F*cked,” which is how we arrive at “Totally Shucked.” And what more fitting dish to prepare than oysters, that alleged aphrodisiac? Cheesy broiled oysters, you say? 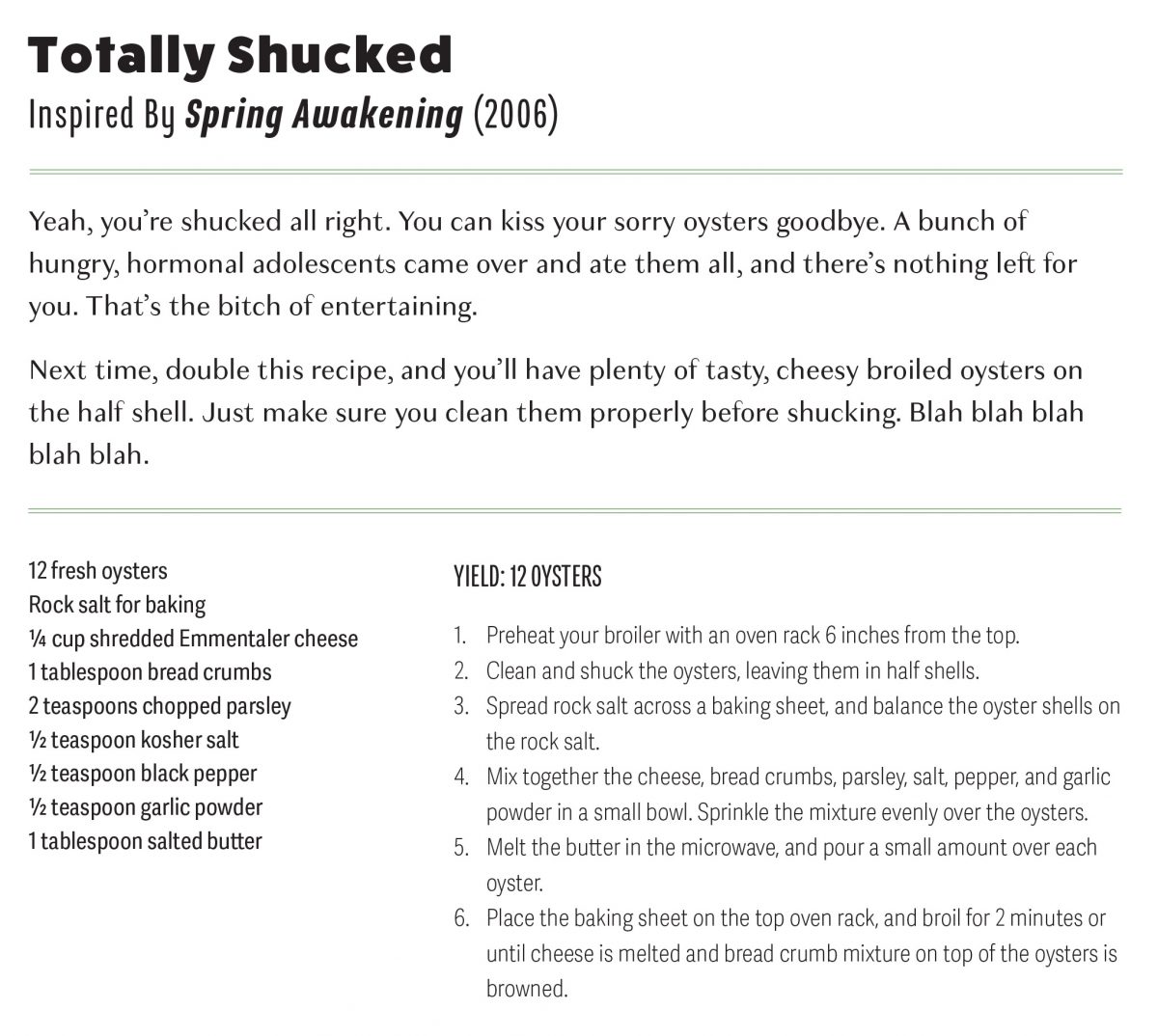 Let’s take a look at the results. Yeah, we’re shucked all right: 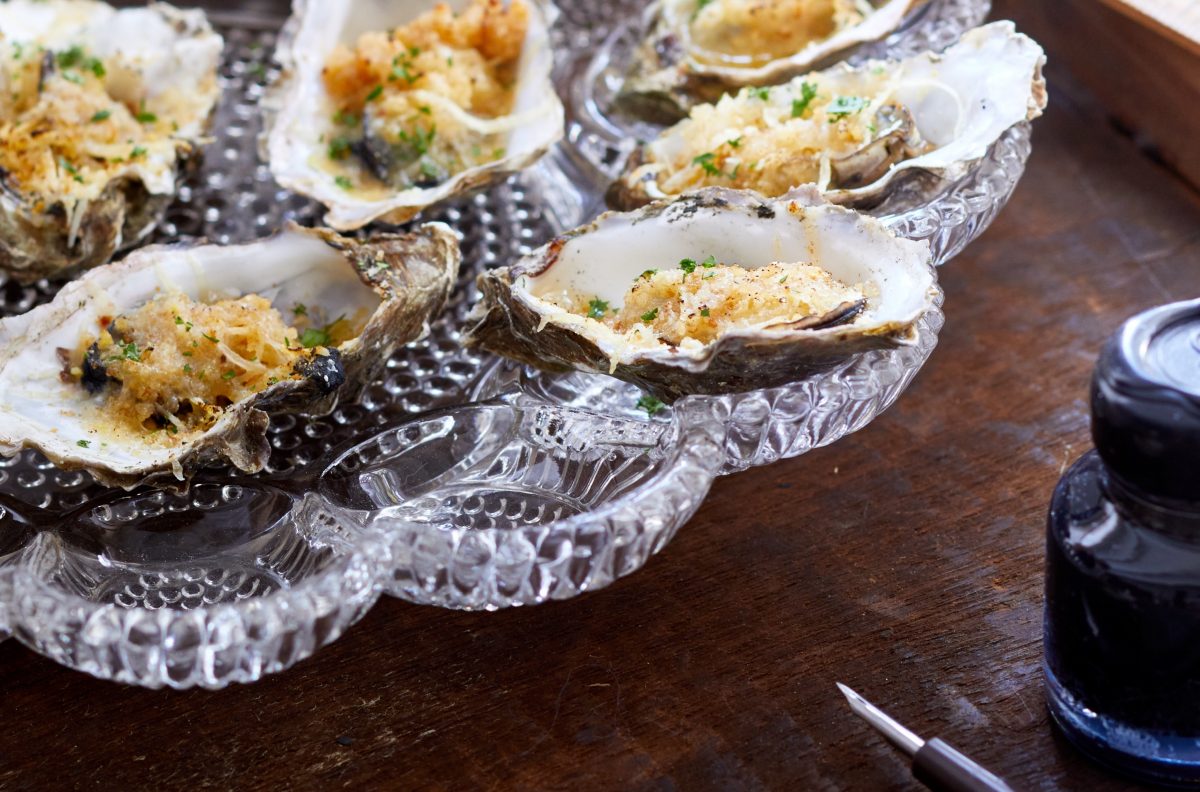 You can pre-order Break an Egg: The Broadway Cookbook right now so that it arrives in September. If you’re in the mood, let’s dream up some other Broadway recipes that play on musicals in the comments. Red and black cookies for Les Mis? Pasta with meatless balls from RENT? Do I dare suggest a Sweeney Todd pot pie?