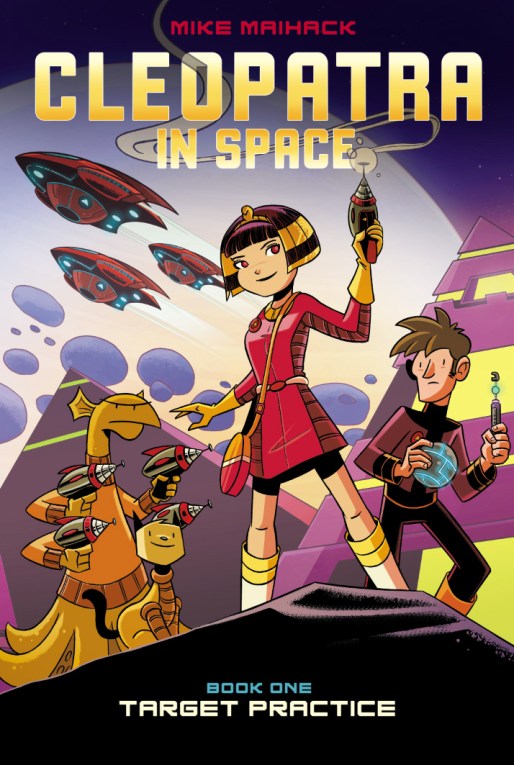 The wonderfully talented creator Mike Maihack is back to share with us another exclusive from his upcoming Cleopatra in Space: Target Practice! He previously gave us the preview trailer (and a super awesome TMS Cleo logo!), now check out two pages from the comic… 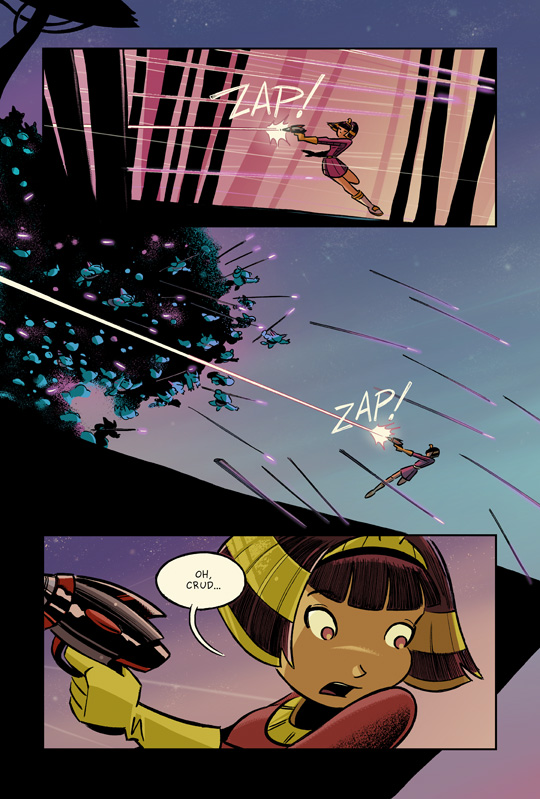 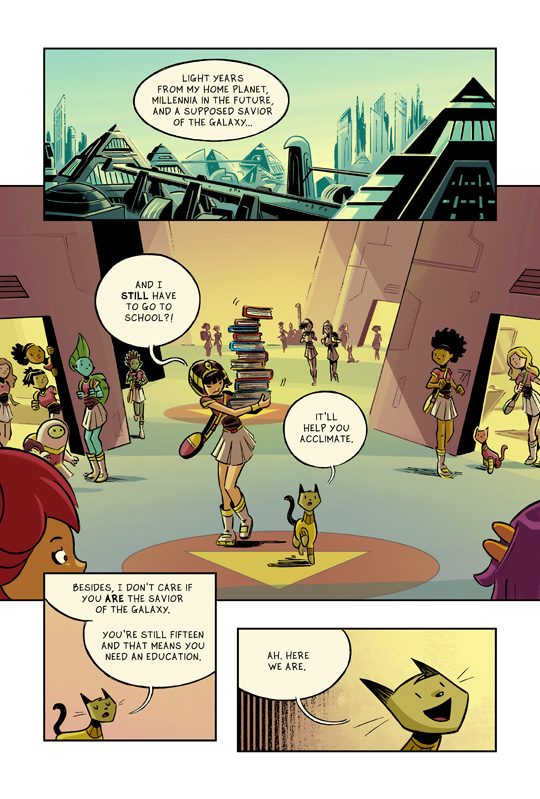 Find out more about Cleopatra in Space on Maihack’s official website.