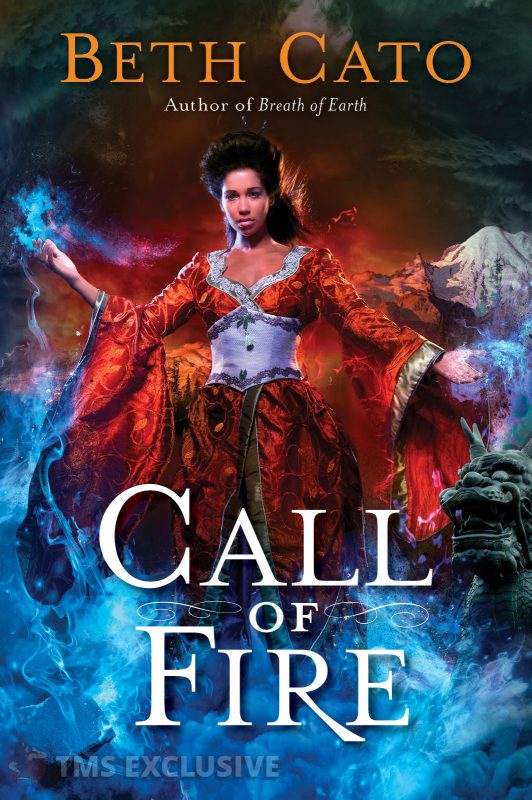 If you love steampunk, you’re probably familiar with the work of The Clockwork Dagger author, Beth Cato. You may have even read 2016’s Breath of Earth, which was the beginning of a new fantasy series from Cato focused on a mixed-race geomancer named Ingrid in an alternate 1906. Now, her second novel in that series, Call of Fire, is set to arrive next year, and Harper Voyager has given us this exclusive first look at its beautiful cover!

Cato is thrilled with how the cover turned out, saying, “I love this cover because it shows how Ingrid is evolving. On the cover of Breath of Earth, she is strong and she’s surrounded by flames. On the cover of Call of Fire, Ingrid IS the bonfire. She is beautiful, bold, and unabashedly herself. As an author, I’m thrilled to see my heroine represented so accurately, but most of all, I’m honored to see Ingrid representing for all readers.”

Wanna know more about the book? Here’s the official description from Harper Voyager:

At the end of Breath of Earth, Ingrid Carmichael had barely survived the earthquake that devastated San Francisco and almost crippled her with an influx of geomantic energy. With her friends Cy, Lee, and Fenris, she flees north, keenly aware that they are being pursued by Ambassador Blum, a cunning and dangerous woman who wants to use Ingrid’s abilities as the magical means to a devestating end.

Ingrid’s goals are simple: avoid capture that would cause her to be used as a weapon by the combined forces of the United States and Japan in their war against China, and find out more about the god-like powers she inherited from her estranged father. Most of all, she must avoid seismically active places. She doesn’t know what an intake of power will do to her body–or what damage she may unwillingly create. After all, her father was the cause of San Francisco’s obliteration.

A brief stopover in Portland turns disastrous when Lee and Fenris are kidnapped. To find and save her friends, Ingrid must ally with one of the most powerful and mysterious figures in the world: Ambassador Theodore Roosevelt. Their journey together takes them north to Seattle, where Mount Rainier looms over the city. And Ingrid is all too aware that she may prove to be the fuse to alight both the long-dormant volcano…and a war that will sweep the world.

If you want to get your grubby little hands on a copy of Call of Fire, you’ll have to wait until August 15th, 2017. BUT you can pre-order the book over at the Harper Voyager website, where you can select your preferred bookseller.