Exclusive: Buffy the Vampire Slayer: Chosen Ones #1 Will Visit Slayers Through the Ages 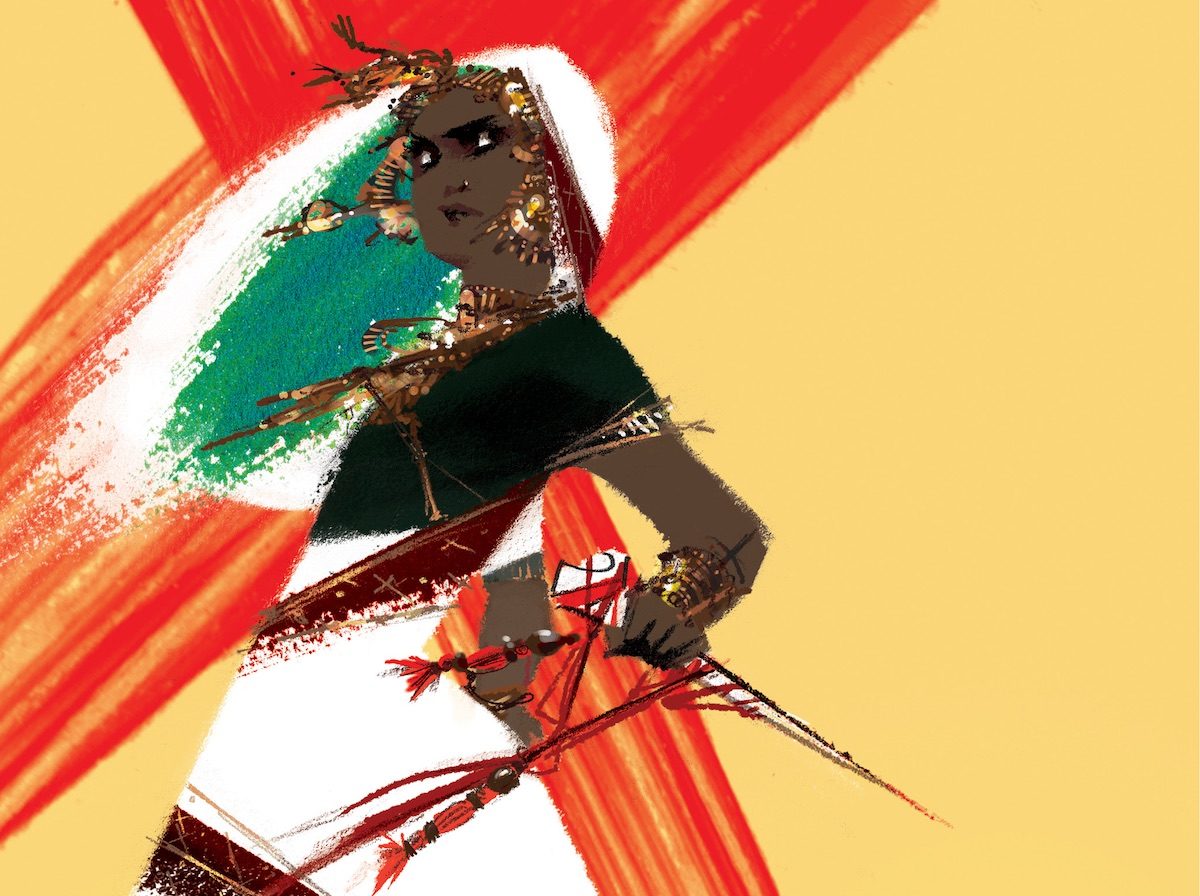 BOOM! Studios will make our wildest history nerd dreams come true with the introduction of a special one-shot, BUFFY THE VAMPIRE SLAYER: CHOSEN ONES #1, featuring stories of slayers across the ages and around the world.

This is such a cool idea I’m surprised we haven’t already spent a ton of time with historical slayers. After all, for every generation, we have a bold, badass life to explore. Beyond the great concept, the comic looks to be inclusive and driven by a lot of female creative energy. Essentially all of the ingredients we love to see in comics are here, plus vampires, which we also love. According to BOOM!:

[…] discover the first full appearances of the Slayers from past eras first seen on special variants covers to BUFFY THE VAMPIRE SLAYER in this landmark one-shot.

In 18th century California, a young woman discovers she’s the Chosen One and changes the course of Slayer history forever, in a new story from writer Mairghread Scott (Batgirl) and artist Ornella Savarese, that also reveals the hidden origins of the Hellmouth; the new Slayer first seen on the cover to BUFFY THE VAMPIRE SLAYER #2 comes to life in 14th century Italy from writer and artist Celia Lowenthal (Over The Garden Wall: Hollow Town), and more.

BUFFY THE VAMPIRE SLAYER: THE CHOSEN ONES #1 features a main cover by illustrator Evan Cagle, along with a variant cover by artist Helen Yoon featuring a Slayer from 16th century Marusthali, India and a cover by artist Alexa Sharpe (Rolled and Told).

In addition to the introduction of three new (old!) Slayers in this issue, we’ll also finally learn about “the never-before-seen origins of the Sunnydale Hellmouth,” according to BOOM!’s executive editor Jeanine Schaefer. Oh, do tell.

Check out the gorgeous cover art below, and get ready to grab your own copy of BUFFY THE VAMPIRE SLAYER: THE CHOSEN ONES #1 when it hits comic shop shelves August 28th, 2019. You’ll also be able to read the issue on comiXology, iBooks, Google Play, or the BOOM! Studios app. 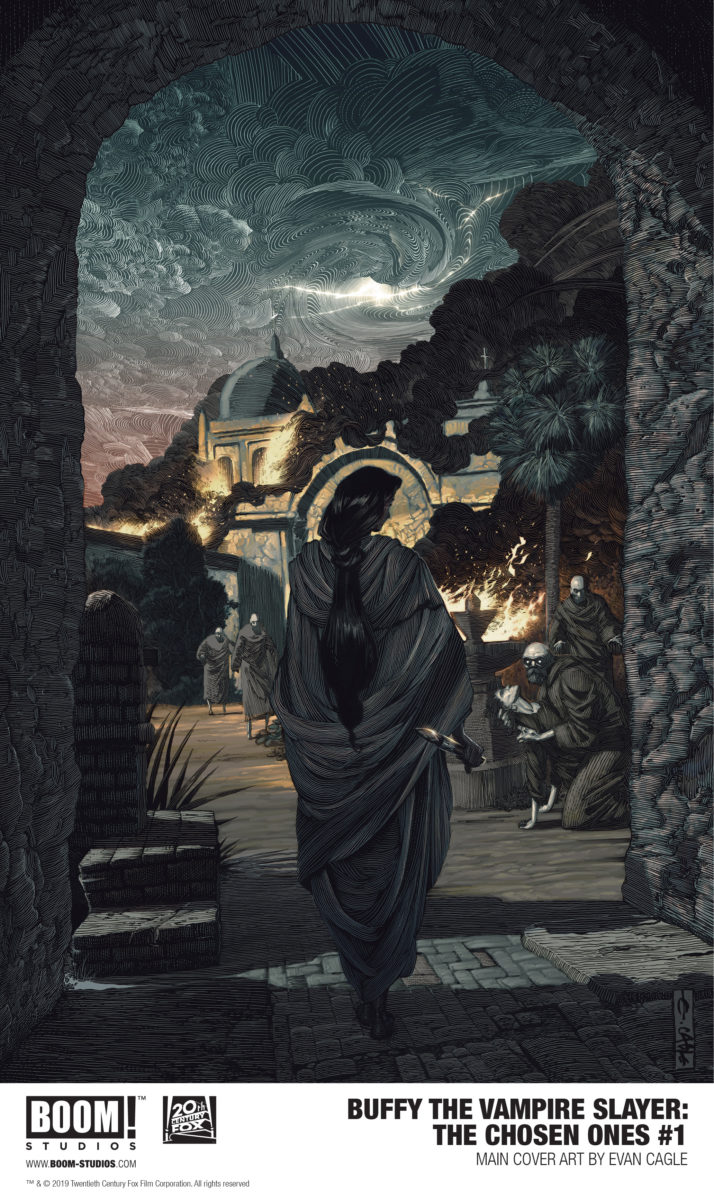 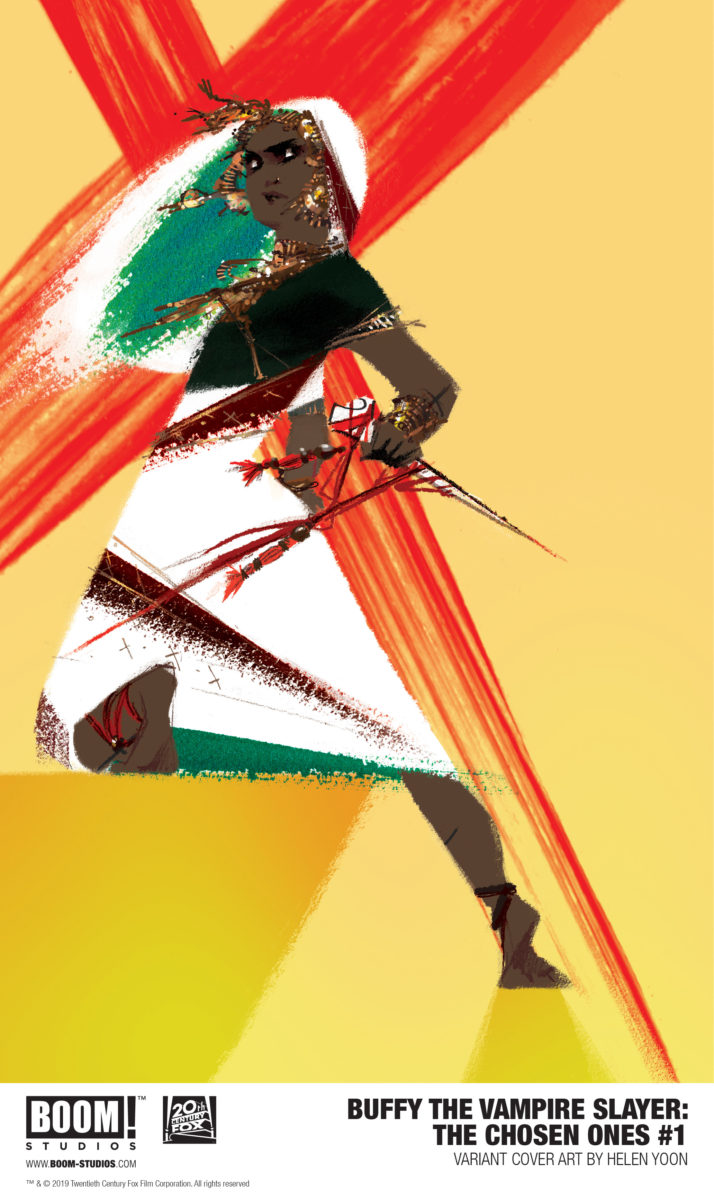