Ewan McGregor Still Wants His Obi-Wan Star Wars Spinoff; We Would Also Like That, Please

As long as he still has the high ground. 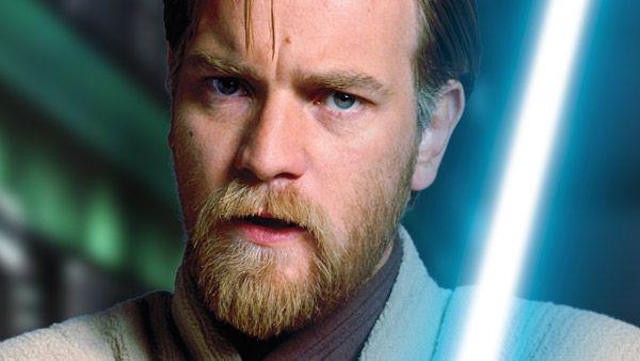 Ewan McGregor as Obi-Wan Kenobi was definitely one of the bright spots of the Star Wars prequel trilogy, and he’d be up to make a return if Disney might be into that, just as long as those training wheel—er, cross-guard—lightsabers aren’t involved.

The Hollywood Reporter says that while McGregor was at the Edinburgh Film Festival in Scotland over the weekend, he commented, “I’d be happy to do the story from episodes three where I finish up and Alec Guinness [Obi-Wan in the original Star Wars] starts.” Sure, it’s just an offhand comment, but it’s been reported that he wanted it to happen before, and who wouldn’t take a guaranteed job in the Star Wars universe. It also lines up suspiciously well with previous rumors of an Obi-Wan-centric Star Wars Anthology entry.

The spinoff film would chronicle the years of Obi-Wan watching over the growing Luke Skywalker on Tatooine, but it would not involve any overly ornate lightsaber escalation. He’s doubling down on his trash talk about all those Sith youths these days and their poor lightsaber skills according to IndiWire:

I saw the trailer and it looks like he absolutely nailed it and it feels right. But I’m not sure about the [crossguard] lightsaber. If you fight with a lightsaber properly you don’t need one.

So none of this pointless, flashy, dangerous crap, kids:

Always remember that, when lightsaber fighting, it’s best to stand very still and just wave them at each other properly:

Clearly, McGregor has been preparing for this eventual spinoff by method acting his transition to old man Obi-Wan with incredible commitment. And why not? THR says he also mentioned Star Wars was the very reason he wanted to be an actor in the first place:

I remember going to see him in Star Wars in my shorts and red socks when my mum picked us up from school. I was six and it blew my brains out and that was it. I remember saying of Denis [Lawson, his uncle, who was in the original] when I was nine, ‘I want to be an actor.’