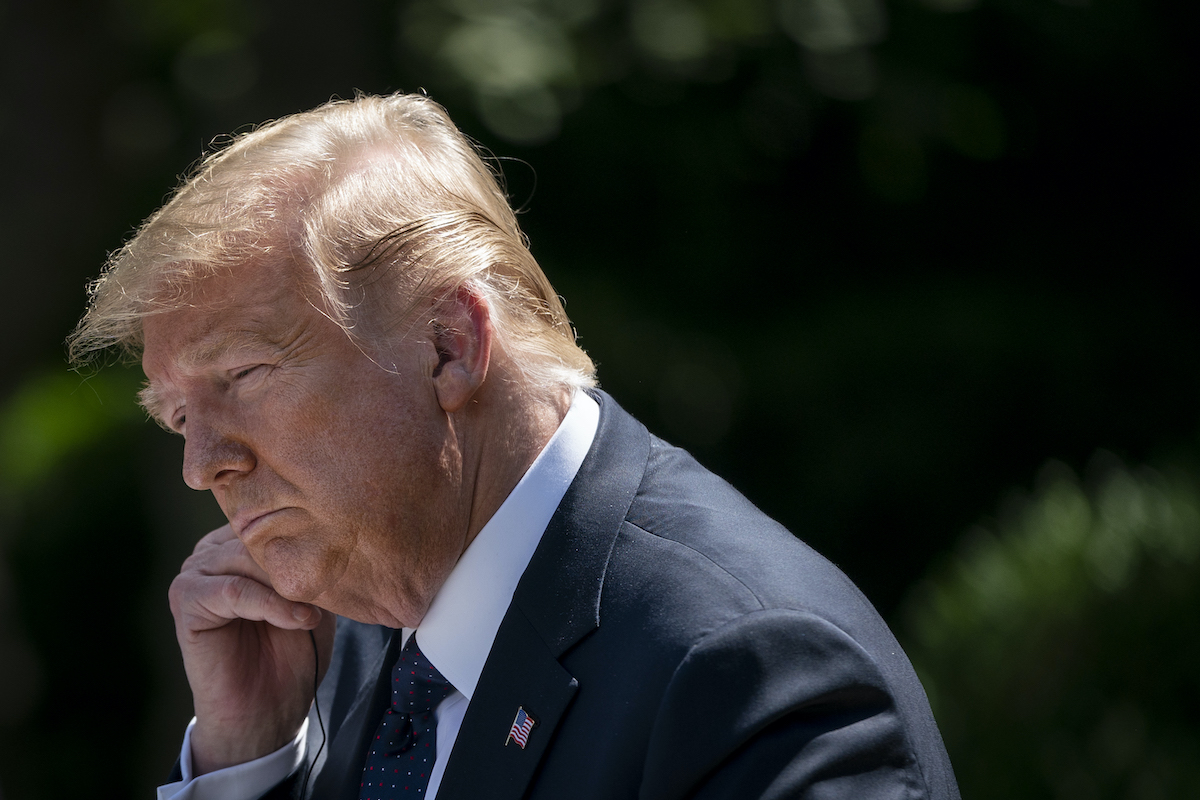 Donald Trump’s refusal to wear a mask has become so extreme and so nonsensical that even Republican lawmakers and Fox News hosts are practically begging him to wear one—not even so much for his own safety and the safety of those around him (even though there have been coronavirus outbreaks in his staff, in the secret service, on his plane, and at his rallies), but because of the message his refusal sends.

Senate Health Committee Chairman Lamar Alexander (a Republican from Tennesee) spoke during a COVID-19 hearing this week about the unnecessary politicization Trump and his base have ascribed to mask-wearing. “Unfortunately this simple lifesaving practice has become part of a political debate that says: If you’re for Trump, you don’t wear a mask. If you’re against Trump, you do.”

That’s a message that Trump himself has repeated because he doesn’t know how not to make everything about him.

“That is why I have suggested the president should occasionally wear a mask even though there are not many occasions when it is necessary for him to do so,” Alexander continued. “The president has millions of admirers. They would follow his lead. It would help end this political debate. The stakes are too high for it to continue.”

Alexander isn’t alone in his request that Trump give up his pointless anti-mask obstinance. Mike Pence recently, if toothlessly, encouraged people to wear masks when appropriate. Mitch McConnell tweeted about the need to remove the stigma from mask-wearing, though he, of course, didn’t mention Trump by name.

We must have no stigma, none, about wearing masks when we leave our homes and come near other people. Wearing simple face coverings is not about protecting ourselves, it is about protecting everyone we encounter.

Last week, Marco Rubio said that “everyone should just wear a damn mask.”

Donald Trump, Jr., speaking about planning precautions for the Republican National Convention, said it’s not “too complicated to wear a mask or wash your hands.”

Even Steve Doocy of Fox & Friends—one of Trump’s favorite shows—advocated for Trump to wear a mask while interviewing RNC chairwoman Ronna McDaniel. “I don’t see any downside to the president wearing a mask in public,” Doocy said. “I think that if the president wore one it would just set a good example. He would be a good role model.”

During a separate interview with House Minority Leader Kevin McCarthy, Doocy said, “Don’t you think it would be a powerful symbol if the President of the United States would put on a mask and understand what so many people around the country are doing to try to slow down the spread of this thing?”

Trump, though, seems undeterred. If anything, his stubbornness appears to make him feel special. On Tuesday morning, he tweeted “THE LONE WARRIOR,” and while he didn’t provide any context for the nonsequitur, it seems likely that he was watching Doocy’s show at the time and views himself as being alone in the fight not against coronavirus, but against Democrats, science, the media, and masks themselves.