How 'Ever After' Mastered Adapting a Fairy Tale | The Mary Sue

How Ever After Mastered Adapting a Fairy Tale 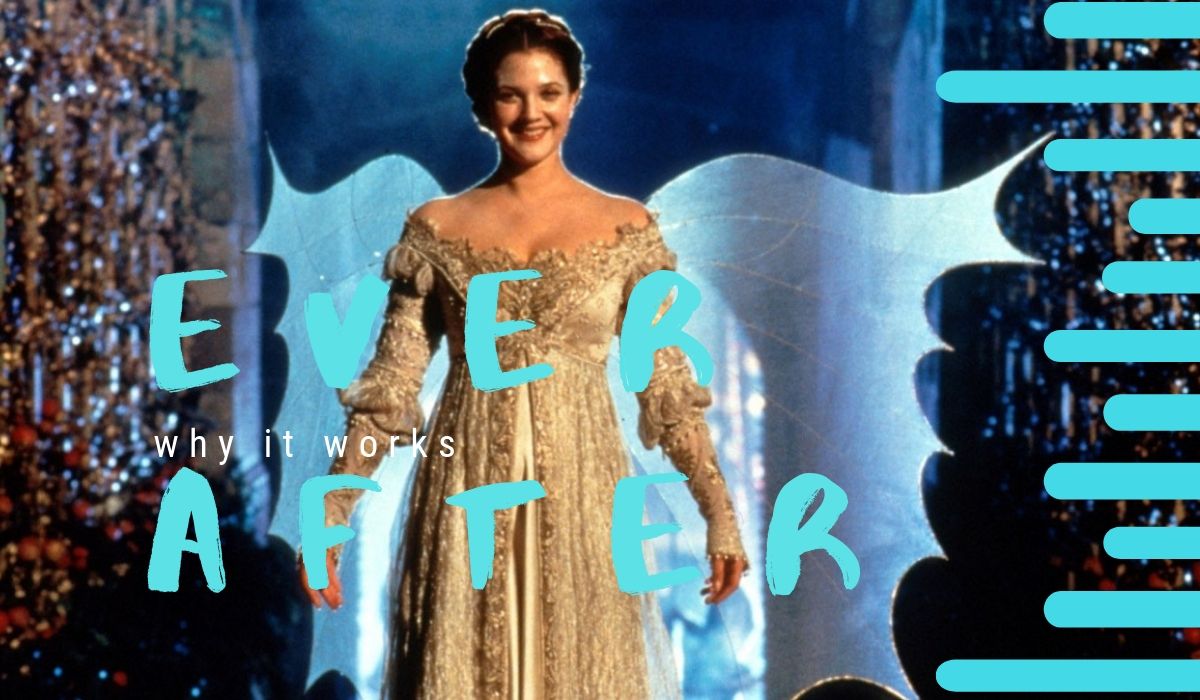 Despite the fact that I have been ragging on the live-action version of Aladdin, I do not feel like all adaptations of Disney movies or fairy tales are bad. I just think that the key to modernizing any fairy tale is to really examine what the story is really about, what makes it work, and to find a way to bring the core message to light in a fun engaging way.

We’ve seen the story before. How can we make it different? If there is any movie that should be the template for how to do this kind of adaptation successfully, it’s 1998’s Ever After, starring Drew Barrymore, Anjelica Huston, Dougray Scott, and Jeanne Moreau.

While not based on the Disney version, Ever After is based on the story of Cinderella. The story takes place in 16th-century France, and our heroine is Danielle de Barbarac (Drew Barrymore,) the headstrong daughter of lesser nobility who brings his daughter books like Thomas More’s Utopia. Danielle’s father dies suddenly from a heart attack en route to his next trip, but not before marrying the widowed Baroness Rodmilla de Ghent, played to perfection by Anjelica Huston, and becoming stepfather to her two daughters, Marguerite (Megan Dodds) and Jacqueline (Jeanne Moreau). After he dies, we jump ten years ahead and see that the estate has fallen on hard times, and Danielle has become the “Cinderella” figure.

One of the things the Kenneth Branagh Disney live-action adaptation of Cinderella tried to do was “explain” why Ella stayed living with her evil stepmother and stepsisters despite being abused and mistreated. The explanation given there was that Ella was trying to keep her parents’ spirits alive, and the dialogue implied Ella was willingly putting up with the abuse and could leave. This was never brought up as the reason in the original; you’d assume Cinderella stayed because she had nowhere to go and no real options.

In Ever After, they show that the estate is filled with people who Danielle has known since birth. She is staying there to take care of them and try to keep food on the table. We see this when Danielle uses gold she’s received to buy back the servant Maurice, who Rodmilla sold into slavery to pay off her debts. Danielle isn’t there passively; she is attempting to protect what’s left of the home she has.

The relationship between Danielle and her prince, Prince Henry, played by Dougray Scott, is a slow burn. They first meet when Henry steals one of her family’s horses and she knocks him off with an apple. He gives her gold for her silence. Later, when she goes to free Maurice, she meets Henry again, and their courtship is a romance, but also Henry’s evolution from rebellious, vain prince, to a more thoughtful, kinder, well-rounded person. They aren’t dating for weeks, but every interaction allows them to respect each other more.

The Baroness and Marguerite are delightful villainous figures who are depicted more as cruel schemers than the typical “ugly” stepfamily dynamic. You see from Rodmilla that there is an almost economic reason for her cruelty. She was raised to be more than her position and is attempting to do the same.

Her value was tied to her husband, but then her husband died, leaving her alone to take care of everything. As a result, she became probably even more wicked than she would have been otherwise. It’s also compelling because Danielle does wish that Rodmilla could love her. She admits that the only thing she’s ever wanted was Rodmilla’s love, because she’s the only mother Danielle has ever known.

It’s a great moment, even with Barrymore’s weak accent, because it provides a lot of emotional payoff to the relationship between these two figures. They’re not only story rivals, but they’re mother and daughter. It’s also refreshing that Danielle does have one family member she can look to in Jacqueline, her other stepsister.

Ever After takes a lot of time to give Danielle an identity, and relationships outside of the prince and talking animals. She’s a full person who is trying to survive in a cruel world that took her father from her and pushed her into the literal dirt. Yet, the movie has fun with itself and doesn’t mind being campy or silly. We all know how the story is going to end, so let’s tell it in a way that’s meaningful.

All these changes give more depth to the existing characters and archetypes without fundamentally changing the core themes and heart of the fairy tale. It modernizes it without sanitizing it. The hodgepodge historical fanfiction element is also entertaining, since you see historical figures like Francis I, Prince Henry, and Leonardo da Vinci running around in this fairy tale movie.

Ever After may not have been part of the Disney machine, but that was for the best. It was allowed to be its own thing, taking the foundation of the Cinderella story and choosing to tell it in a new way. It’s a lesson Disney could learn.