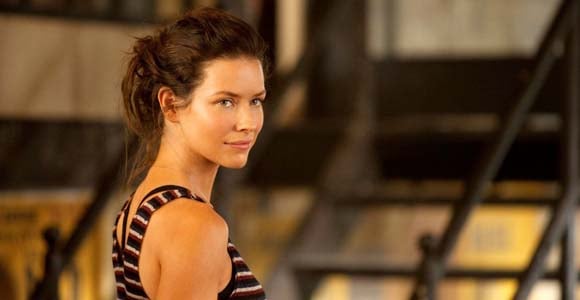 Well, good morning to you too, Marvel!

Actually, this news broke last night but I’m sure many of you are waking up to it today. The Hollywood Reporter says Lost and The Hobbit: Desolation of Smaug star, Evangeline Lilly is in talks for the lead opposite Paul Rudd in Ant-Man. And no, they have yet to divulge the name of that particular lead.

THR writes, “It is unclear who Lilly would play but it is not intended to be a one-off appearance.”

Lilly’s big break of course was on ABC’s Lost but since that series wrapped, she’s been particular about her roles, only having starred in Real Steel and Peter Jackson’s Hobbit films as the newly created Tauriel. She was also really, really, excited to play that role so it gives me hope for whoever this character is in Ant-Man if she agrees to it.

Of course the first thought is Lilly might be in talks for Janet van Dyne (aka The Wasp). But things aren’t certain, especially after Michael Douglas was added to the cast as Hank Pym. At that time names like Rashida Jones and Bryce Dallas Howard were also floating around for the spot opposite Paul Rudd’s Scott Lang. Variety cites sources as saying she could be Pym’s daughter.

Meanwhile, Disney CEO Bob Iger went on record to say Captain America: The Winter Soldier would  “set critical events in motion” for The Avengers sequel and that we might see some trickle down into ABC’s Agents of SHIELD.