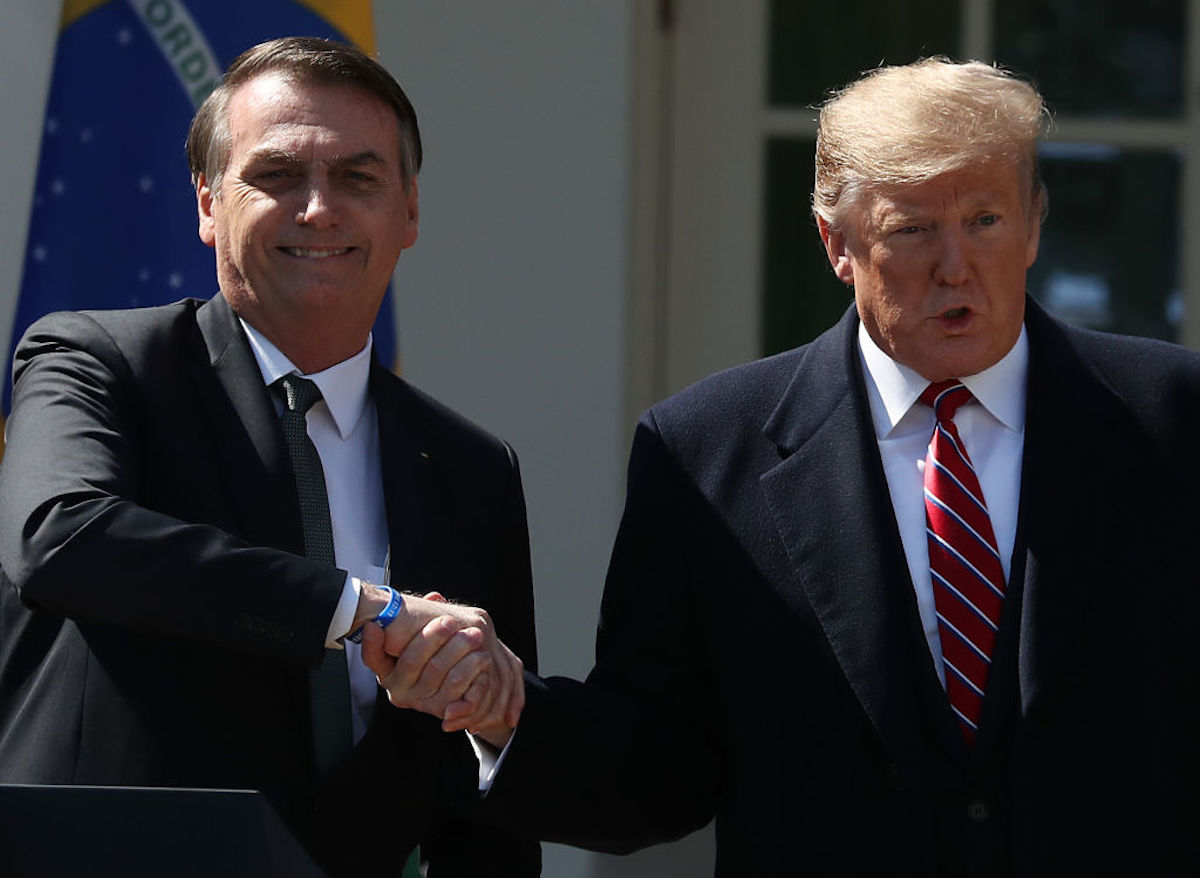 Well, it’s official: the European Union is set to reopen its borders to international travelers on Wednesday—but the United States has landed on Europe’s “banned” list. While rumors about the restrictions have been floating around for days—and can hardly be a surprise, considering the surging coronavirus cases in America—it’s still a stunning, highly visible reproach of the Trump administration’s utter failure where the pandemic is concerned.

The E.U. will ease restrictions on non-essential travel from fourteen low-risk countries: Algeria, Australia, Canada, Georgia, Japan, Montenegro, Morocco, New Zealand, Rwanda, Serbia, South Korea, Thailand, Tunisia, Uruguay, and also “China, subject to confirmation of reciprocity,” meaning that if China officially returns the favor, travelers from China will be included. The United States, on the other hand, remains on the list of barred countries that includes Russia, Brazil, and India where the coronavirus remains out of control and infections and deaths continue to rise.

Curious as to why this is so, and what metrics may have led the E.U. to come to this no doubt difficult decision? Per The New York Times, which deemed the move “a high-profile rebuke of the Trump administration’s handling of the coronavirus crisis”:

While most European nations went into strict lockdowns early in their outbreaks and have promoting the wearing of masks and other measures to try and control the resurgence of the illness, the United States has seen a patchwork response and the number of new cases has continued to balloon.

The different policy approaches and their subsequent results became obvious to officials tasked with drafting the safe list. The benchmark scientific metric used was new cases over the past two weeks per 100,000 people. The average among the 27 European Union countries was 16 in mid-June; in the United States, it was 107.

At the federal level, the Trump administration has botched every response to the coronavirus and continues to do so. Beyond horrors like ignoring the virus’s seriousness for months, our lack of PPE, ventilators, and preparedness, failed and stymied testing, promoting of unproven medicines like hydroxychloroquine, the President wondering aloud about the curative properties of bleach, and a thousand more unforced errors, only in the United States has mask-wearing become such a massively divisive political issue.

Masks may reduce the chance of a COVID-19 infection by more than 80%, are a cheap and easy precaution, and yet they’ve become a national fault line. It’s easy to trace this back to Trump himself, who refuses to be seen ever wearing a mask in public, and lends his support to anti-maskers and re-opening protesters. Even in Brazil, where their awful Trump fan President Jair Bolsonaro has been a consistent coronavirus denier, conditions are such that last week a federal judge ordered Bolsonaro and other government officials to wear a face mask or else risk a daily fine. But Bolsonaro’s stubborn refusal to respond to the virus at the beginning and his ongoing resistance to science contributed to the more than 1.1 million cases in Brazil, just as Trump’s behavior has affected the United States.

Further, the states where cases are currently surging to record numbers—Arizona, Florida, and Texas—all have Republican governors who hesitated to shut down and were the quickest to reopen businesses, following the President’s wishes and recommendations. Health care experts were sounding klaxon-loud alarms about too-early reopening, but Trump is desperate to see the economy rebound, which he thinks is essential for his reelection. He didn’t, and doesn’t, care that lives would be put in danger and lost in that pursuit.

The horrible irony in all of this is that, of course, by following his own bull-headed nonsense, it’s Trump who has weakened the economy for the foreseeable future. A disciplined and science-based approach from the start would have meant declining cases of COVID-19, leading to cautious business reopening and open travel on the international stage. Instead, we’re headed the other direction, mired in an ongoing tragedy. The U.S. is home to more than a quarter of all the coronavirus infections, the highest in the world. We’re #1, for the worst possible reasons.

But hey, Secretary of State and Trump lackey Mike Pompeo is on the case, because the E.U. ban will further damage the economy and we can’t have that. “We’re working with our European counterparts to get that right,” he told a German Marshall Fund conference last week, according to the Times. “There’s enormous destruction of wealth.” At least they’re just flat-out stating their priorities now and not pretending like they give a damn about the human collateral damage.