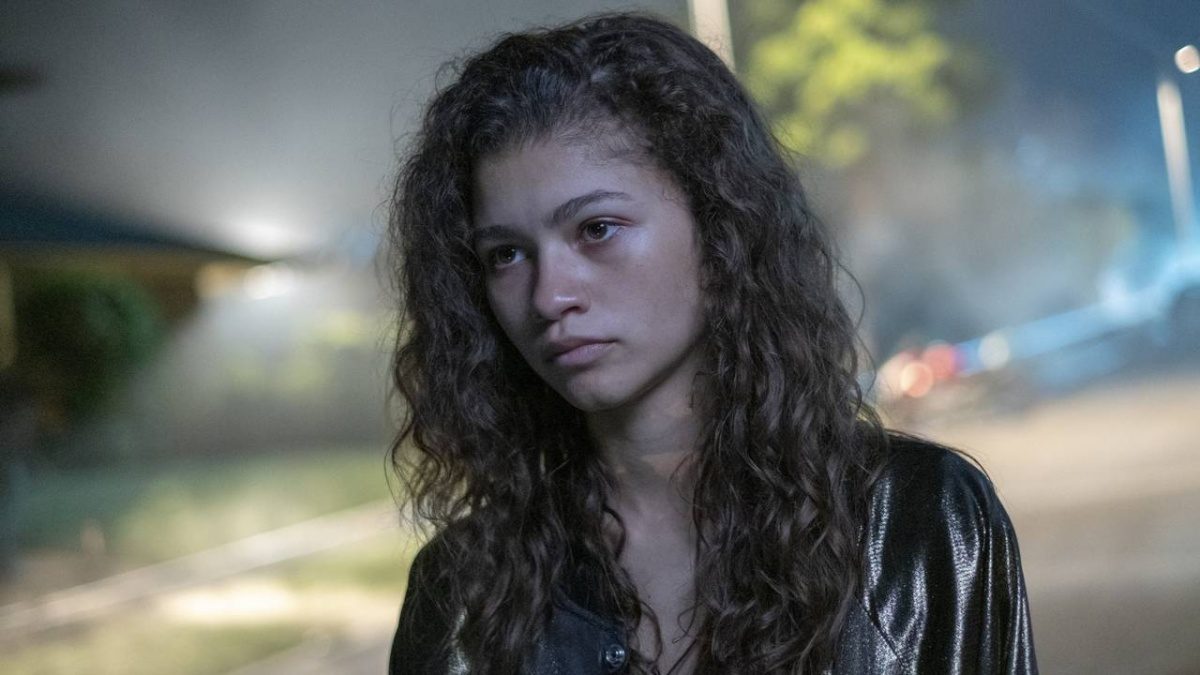 Is it too early to say that HBO’s Euphoria might be one of the best shows on television? Examining addiction, anxiety, and the pressure society places upon us at a young age, at two episodes in, it’s doing a great job of depicting the realities of drug addiction while looking at toxic masculinity, the stress our parents put on us, and more. Compare it to something like 13 Reasons Why, which all but glorifies suicide, and you can see why many are flocking to Euphoria over Netflix’s show.

Going into the show, I knew that it had material that was questionable for younger audiences, but then again, I think Euphoria is a show that teenagers need to see. They need to watch what drugs can do to a person, to a family, and the hold they can still have on you even after treatment.

The show follows Rue Bennett (Zendaya), a 17-year-old who has just gotten out of rehab, after nearly ODing before her sister Gia (Storm Reid) found her. Though Rue goes through the program, she has no intention of staying clean, and returns to both her home and her addiction.

She delivers a beautiful line when she’s talking about getting high. At first, she says that drugs are cool, and then she shows the pitfalls of drugs and the war addiction rages on you, your family, and everything in your life. She then goes on to say that there is a very small window where drugs are cool, and that it isn’t worth it, and maybe that’s the way we have to show drug addiction. Showing the immediate effects is one thing, but exploring why drugs are addictive and then how they ruin you and everything you love can be more of a wakeup call.

One of the best parts of the show comes in the form of Fez, a drug dealer who is constantly worried about Rue and wants to protect her. Sure, he’s feeding into her drug habit, but it’s at Rue’s insistence and, with the way Rue is, she’d probably go elsewhere if he didn’t help her. So, he looks out for her. In the second episode of the season, Rue barges into his home when a drug deal is about to go down, and Fez is actively trying to get her out beforehand. Rue, in her drug-induced state, doesn’t understand the urgency of the situation and doesn’t seem to really care.

So when the drug dealers come into the home, Fez willingly spends double the amount of money to protect Rue from being raped by these drug dealers, looking out for her when no one else will.

Fez paying double amount just to protect Rue. beautiful. Fez staying with her, putting a blanket over her. perfection. Fez calling someone she trusts to take her home and make sure she’s safe. flavorful. conclusion: we love and cherish Fez. pic.twitter.com/CWeuUmnvam

On the flip side of Fez, you have characters like Nate. Nate is what I’d call the embodiment of toxic masculinity because he is the kind of guy who thinks that he is supporting women, protecting them, when he’s just as domineering and oppressive as every other man in the world. He nearly kills a man who sleeps with his ex-girlfriend all in the name of “protecting” her. He threatens several people, uses his status to lord over women in school, and is generally a bad man. He’s a product of his family, a father whose sex addiction became his son’s, but still, Nate shows the kind of masculinity that doesn’t need to be celebrated anymore.

In just these two episodes, Euphoria has become a show that I think shows an entire generation of teenagers how not to be. Where shows like 13 Reasons Why glorify the idea of killing yourself to get back at those who wronged you, Euphoria shows the impact that our actions have on other people and how we cannot live our lives selfishly.

It may be Zendaya’s best work yet, and it’s definitely one to watch.