So Why Do the Eternals Have Cap’s Shield? | The Mary Sue

So Why Do the Eternals Have Cap’s Shield? 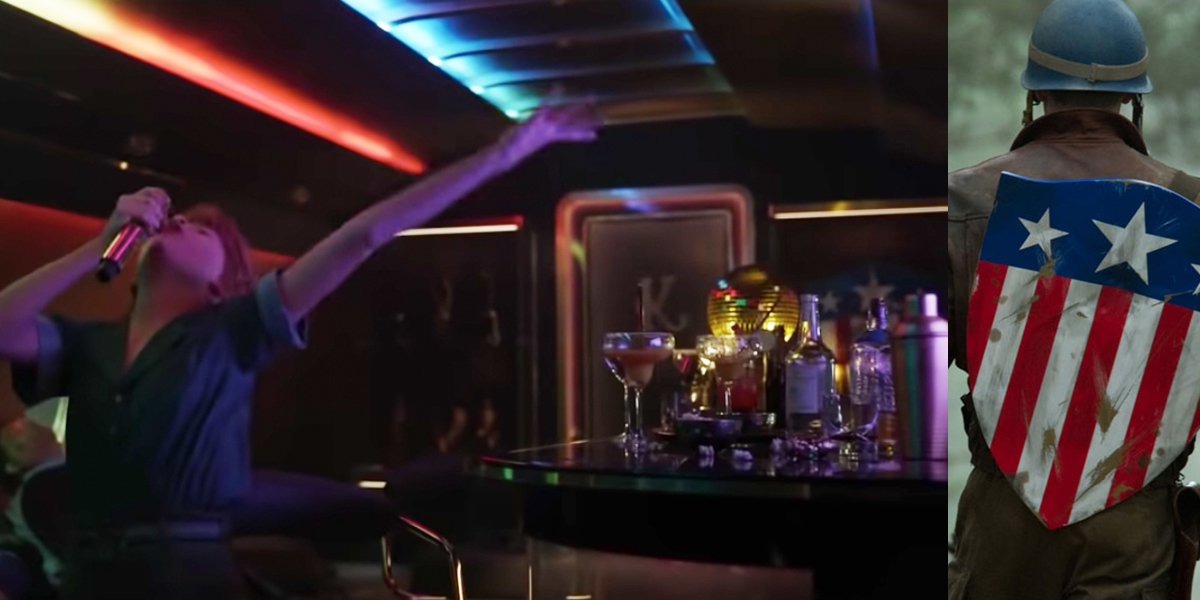 After the release of Marvel’s Eternals’ first trailer, fans online started to take notice that the Eternals seemed to have a pretty important piece of history during what looks like a karaoke scene. I’m talking about Steve Rogers’ 1940s shield. As Yahoo! points out, there were multiple references to Steve Rogers throughout the trailer, and it sure is interesting …

First, there are the call-outs to Steve’s shield. First, the one in the background of the karaoke scene that is just Steve’s 1940s shield.

And then there is another reference to the famed Cap shield.

Here’s a better look at the Captain America style shield in the Eternals! #eternals#marvel pic.twitter.com/uTWSmxtpwx

Paired with the question over who is leading the Avengers now that “Captain Rogers” is gone, it seems as if the Eternals have quite a lot of connections back to Steve. Which makes sense. Right now, we don’t know what the deal is with Steve Rogers. In Spider-Man: Far From Home, the kids of Midtown High think that he’s dead, but what we know from the end of Avengers: Endgame is that he was alive and looking like Joe Biden. Then we still didn’t really get a clear answer during The Falcon and the Winter Soldier over where Steve is, so … who really knows?

The question still remains, though: Why so many references to Steve Rogers? Well, the Eternals have been here for a long time, just observing and not really interacting unless they had to. It was part of their way to stay hidden and not interfere with humanity. But Steve Rogers was also here for a long time. So they’ve seen him, watched him grow into the role of Captain America from the 1940s during World War II and beyond.

Their referencing of him three times might just come from the fact that he was one of the first real superheroes that Earth had. So he’s just someone they know and whose journey they’ve watched. Or maybe he’s interacted with them as the Eternals have done in the comics. (They’ve worked with the Avengers before.) So could this mean that we’ll finally get an answer to where Steve Rogers is with Eternals? I don’t think so, but I do think their three references in the trailer are interesting.

Maybe the movie will have those throughout, showing us just how much they were involved throughout all of time. It’d make sense in terms of letting us know where they were when their cousin Thanos (yes, Thanos is the distant cousin of Thena, Ikaris, Sersi, Ajax, Sprite, and Druig) snapped away half the universe.

But I do love that shield, and I’m going to pretend that it means that all the Eternals hung out with Steve at some point.