A Satellite Will Fall from Orbit over the Weekend, Please Don’t Overreact, Internet

Yes, we're aware that asking the Internet not to overreact is like asking the satellite not to fall. 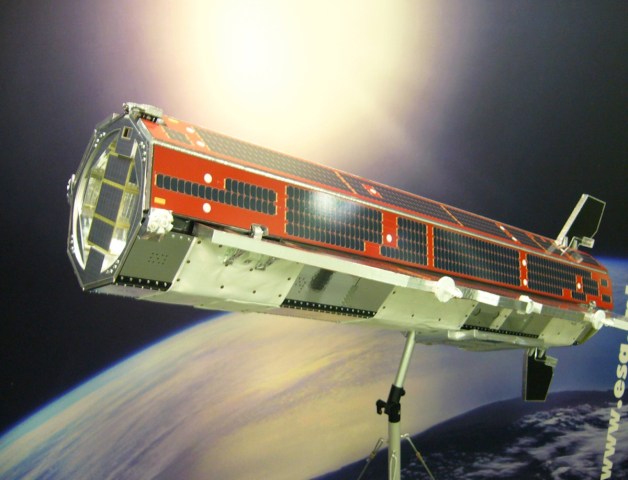 The European Space Agency is expecting the Gravity Field and Steady-State Ocean Circulation Explorer to fall out of orbit this weekend after hanging out up there since 2009. We are expecting people to freak out and worry that one ton of science is going to fall on their heads. Spoiler: it’s not, and we’ve got the math to prove it.

Though the satellite’s descent is what’s known as an “uncontrolled entry,” which is more just an accurate description of what’s happening than a term someone needed to come up with, its debris is only expected to cover an area of 13 to 18 square meters.

When you consider that the surface of the Earth spans about 120 trillion square meters, that’s at best a one in 9,230,769,230,769 (roughly one in 9 trillion) chance the debris will land in any specific 13 square meter area. Additionally, due to the rough reentry into the atmosphere, it’s not going to fall all in one piece, with the largest chunks expected to come in at just under 200 pounds. That’s a pretty small part of the over 100 tons of space junk that fall from orbit each year.

As the thug from the beginning of The Dark Knight would put it, you’ve got a better chance of winning the Powerball than getting hit by the satellite debris. You also probably have a better chance of actually running into Batman.

Basically, even though the satellite circles from pole to pole every 88 minutes and the debris could technically fall anywhere, you can save your tin foil hat for another time, because the odds are overwhelmingly in your favor.

Even if you are somehow unlucky enough to beat those odds and wind up with a bunch of fiery science hurtling towards you, at least know that the satellite’s mission was a huge success. It gave scientists the most complete data on Earth’s gravitational field in history that will help them learn about ocean currents and how the Earth’s layers are connected.

Now, armed with knowledge, you can be prepared to respond to all of your Facebook friends and Twitter followers when they find out this is happening. Tell them that they are not going to be killed by science—not this science, at least.

(via The Independent and ESA, image via Thomas Ormston)