The sense of entitlement is strong in this one. 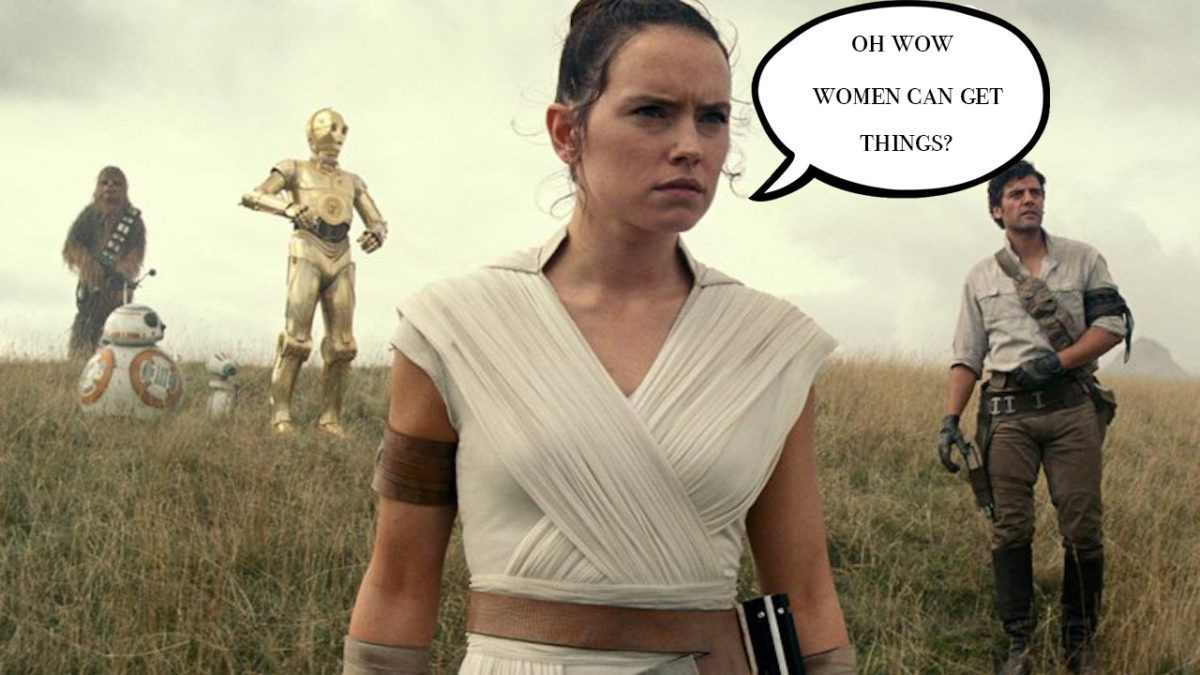 When Collider Live host Kristian Harloff went on a rant about Star Wars: Galaxy’s Edge, I didn’t expect the level of entitlement that he was serving, but then again, why would I expect anything less? The host of Collider’s Jedi Council went on the air to say he would not be talking about Galaxy’s Edge all because he personally did not get an invite.

You know who did get an invite? Collider! And, as you watch the video, the producer of the show points out to Harloff that he has to cover it because it’s still Collider’s coverage. Harloff’s problem is that he didn’t get to go himself, and two female reporters for the site went instead. If he wanted to show them they made the right decision, he’s doing a fantastic job, honestly.

Maybe the reason Disney is making a point to invite more female journalists to Star Wars press events is because they realize the brand is being ruined by entitled, proprietary white guys and they want to change that. Weird how that works. pic.twitter.com/FMZfjhB0Ow

As the videos goes on, though, what really gets me is Harloff pointing out that he’s been “busting his ass” being a Star Wars fan for five years. Sure, he was talking about the show, not how long he’s been a fan overall, but even still, five years isn’t that long, and as someone with a Star Wars tattoo of a cut line from Rogue One, I truly don’t have time for man-babies crying because women got to go to Star Wars land instead of them.

“I’ve been busting my fucking ass being a Star Wars fan for 5 fucking years!”

The entitlement is strong in this one. pic.twitter.com/iarBsCVQXh

The fact that he points out that he’s called names over his Star Wars coverage is also laughable, mainly because any woman who loves Star Wars is constantly questioned at every turn. Time and time again, we’ve been asked what the “machete” order is. I had someone tell me that Han Solo isn’t from Corellia, and when I pointed out that the stripe on the side of his pants was a Corellian Bloodstripe, I was told that meant nothing. (Thank you, Solo, for proving him wrong.)

So, to hear Harloff whining on-air because he has spent five years on this has me cackling into the sunset. Sorry that women got to go to Galaxy’s Edge and you didn’t?

Also, to make matters worse, he has a planet named after him in the Star Wars universe, so like … chill, out dude.

Let me see if I get this straight Kristian Harloff had an entire planet in the Star Wars mythos named after him yet the motherfucker was literally bitching and moaning like a kid being denied his cookie cause he wasn’t invited to Galaxy’s Edge??

Sorry that you have to go to Galaxy’s Edge like the rest of us fans and you don’t get fancy access, but I also don’t think Disney and/or Star Wars needs your help to promote it.