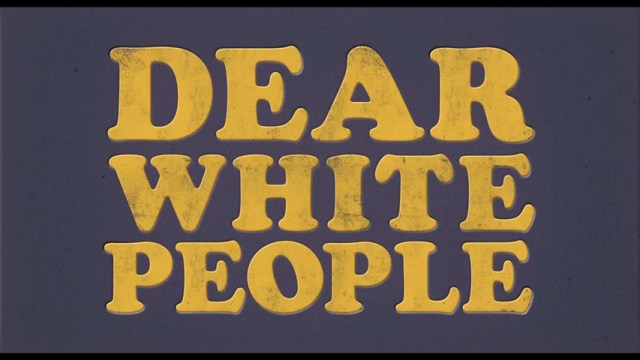 Dear White People: Please stop calling the police every time you see a person of color that is new to you.

Earlier this morning, The Washington Post published an essay by a Santa Monica, CA resident named Fay Wells, a Duke and Dartmouth graduate who is now a VP of Strategy at a multinational corporation who also happens to be a black woman. In it, she tells the story of how she locked herself out of her apartment, hired a locksmith to get her back inside, then had to deal with 19 police officers coming to her house with dogs, because her white neighbor saw her doing this and “had never seen her before.”

Here are some of the lowlights. Wells explains all the ways in which she attempted to explain and do everything right, and still got mistreated:

On the response she received after she finally convinced them that she lived there:

After the officers and dog exited my “cleared” apartment, I was allowed back inside to speak with some of them. They asked me why I hadn’t come outside shouting, “I live here.” I told them it didn’t make sense to walk out of my own apartment proclaiming my residence when I didn’t even know what was going on. I also reminded them that they had guns pointed at me. Shouting at anyone with a gun doesn’t seem like a wise decision.

I had so many questions. Why hadn’t they announced themselves? Why had they pointed guns at me? Why had they refused to answer when I asked repeatedly what was going on? Was it protocol to send more than a dozen cops to a suspected burglary? Why hadn’t anyone asked for my ID or accepted it, especially after I’d offered it? If I hadn’t heard the dog, would I have opened the door to a gun in my face? “Maybe,” they answered.

On her interaction with the neighbor who called 911 in the first place:

I introduced myself to the reporting neighbor and asked if he was aware of the gravity of his actions — the ocean of armed officers, my life in danger. He stuttered about never having seen me, before snippily asking if I knew my next-door neighbor. After confirming that I did and questioning him further, he angrily responded, “I’m an attorney, so you can go f— yourself,” and walked away.

If you listen to the 911 call over at the Washington Post piece, you’ll hear how ridiculous the call sounds. The guy is reporting a “Hispanic male with tools” “tap-tap-tapping” on the lock, and how he “clearly didn’t have keys to the apartment.” Also, how he wore a cap and a dark shirt and was carrying “some kind of briefcase.” And I wanted to scream “Um, MAYBE BECAUSE IT’S A LOCKSMITH WITH LOCK-PICKING TOOLS.” I don’t know what’s worse, this guy calling 911 based on very little information (he didn’t know whether the apartment was vacant or not, the thought of a locksmith didn’t even occur to him, he says the “Hispanic male” was with two “Hispanic girls,” which is completely wrong), or the cops sending NINETEEN police officers to deal with a robbery that may or may not have even been happening.

As of right now, there’s an internal investigation (good luck!) into Wells’ allegations. According to the Post, “The department also said that it was protocol for this type of call to warrant ‘a very substantial police response,’ and that any failure of officers to provide their names and badge numbers ‘would be inconsistent with the Department’s protocols and expectations.'”

What the hell kind of world are we living in?