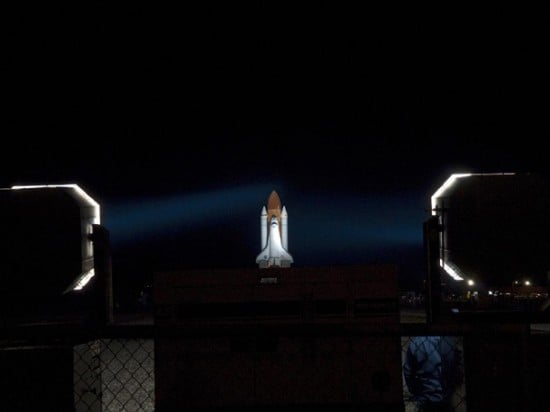 Space Shuttle Endeavour has made its last trip to the launch pad in preparation for STS-134, its final mission, midway through next month. Once in orbit mission Endeavor will carry such vital cargo as the Alpha Magnetic Spectrometer, a device to study antimatter and dark matter, to the ISS.

The youngest of the fleet, Endeavor was built to replace the Challenger and will be the second-to-last shuttle to fly. Unfortunately, its mission has already been marred by tragedy when an engineer fell to his death from the launchpad.

Hopefully there won’t be anymore incidents, and the launch will proceed as scheduled on the 19th of April.